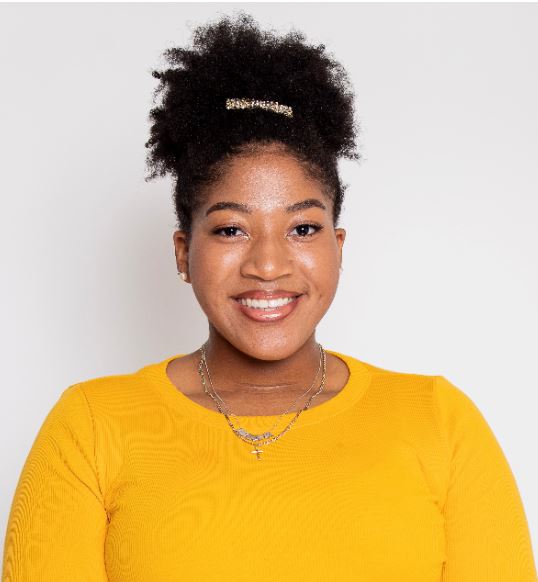 Ardavia Lee is one of the Inspire Scholarship recipients.

A bill on its way to Gov. John Carney will extend an scholarship program for qualified in-state students at Delaware State University by doubling what it now pays to cover tuition for a year.

One of the scholars it will help is the daughter of a Wilmington firefighter killed in the line of duty.

Ardavia Lee of New Castle was a sophomore in high school when her mom, Lt. Ardythe Hope, died in 2016 about 10 weeks after being injured in the Canby Park fire, started by arson.

Determined to go to Delaware State University like her father, David Lee, who is a nurse at the VA Hospital in Dover, Ardavia bore down on saving money She babysat and worked at Amazon, all while grieving for her mom.

After she was accepted to DSU, Ardavia received a letter from DSU telling her she qualified for the Inspire Scholarship. Confused, she handed the letter to her father and asked what it meant.

“I was like, dad, this looks like a whole lot of money. What does this mean?” she recalled. “He said, they’re offering you this much …  It just came in the mail.”

Since then, the Inspire Scholarship has meant $16,272 paid toward her education as a political science major. She’s managed to pay the rest of her expenses out of her savings, without having to take out loans.

The Inspire Scholarships were started in 2010 as a way to reward and encourage Delaware students who make good grades and embrace community service to go to college. Freshmen retention among those who receive it has been 82%, well above other categories of students at DSU, the state’s only Historically Black College and University.

DSU president Tony Allen told the Delaware House of Representatives Tuesday that the scholarship has helped more than 2,500 young people. DSU data shows that 742 undergraduate students and 25 graduate students have earned degrees with the help of the Inspire program. Collectively, they’ve had a 3.36 grade point average and 160,000 hours of community service.

Allen said 44% of those who qualify for the Inspire Scholarship also qualify for federal Pell Grants, which are given to low-resource students. He said 34% of those receiving funds are first generation college students.

Senate Bill 95 will increase the amount offered to students. The going rate has been $3,438, just shy of one semester of tuition at DSU. But the scholarship is also a last-dollar scholarship. It requires students to fill out the federal application for financial aid. If they receive any aid, the Inspire Scholarship makes up the difference between what they receive and the cost of tuition.

The new bill will double that to $8,000, or two semesters at DSU, for those who have a 2.75 grade point average or higher in high school.

“We believe this bill will increase the Inspire scholars by 17%,” Allen said, “and send a very good message that regardless of where you come from or what you look like, you have an opportunity and a home at Delaware State University to continue your education in earnest and to make your mark on the world.”

If the student earns the scholarship as a freshman, it follows them for all four years of college.

“For tens of thousands of Delaware residents, Delaware State has represented hope and the opportunity for a better life,” said Rep. Stephanie Bolden, D-Wilmington East, the lead House bill sponsor and a DSU graduate. Sen. Trey Paradee, D-West Dover, was the prime sponsor of Senate Bill 95.

“The Inspire Scholarship opened even more doors to Black and brown Delawareans,” Bolden said. “But now we are taking this important step to fulfill our state’s commitment to our young people, that if you work hard, you can get a quality college education at DSU and embark on a career without the crippling burden of debt,” she said.

This expansion of the Inspire Scholarship program also will help close the education gap for Black and Hispanic Delawareans, proponents said. Delaware is 10 percentage points behind the rest of the country on that score, according to the Lumina Foundation. The lack is even more pronounced for students of color, who fall behind both the state and national average.

Because of the Inspire Scholarship, Ardavia Lee was able to quit her job at Amazon to focus on her grades and activities at DSU.

Lee hopes to become a lawyer, a dream she’s nourished since she participated in mock trial programs in high school.

She calls the scholarship “an absolute blessing.”

“I was struggling financially in high school with the death of my mother, and the Inspire Scholarship has lifted a great burden,” she said. “It allowed me to have more room to breath while continuing my higher education.”

At DSU, she quickly became a student leader, serving as vice president of the Class of 2023 during her freshman year and then president of the Women Senate as a sophomore. She’s now a Hornet Ambassador, helping with New Student Orientation. She plans to use her junior year to focus on her future and is hoping to find one or more internships in the legal field so she can gain some experience and start filtering which direction she’d like to go.

Among her community service, she’s helped make cards for hospitalized children, volunteered in the President’s Office as a speaker about the Inspire Scholarships, done a virtual 5K to raise money to study and cure Alzheimer’s Disease, and worked at Hornetgiving, an annual Thanksgiving event at DSU.

While the Inspire Scholarship requires community service, “we have so many opportunities, it doesn’t even feel like community service, but it’s always great to help your school,” she said. “I feel so great when I’m able to help others besides myself.”

Lee said she still struggles with grief over her mom’s death, but has found Delaware State University to be like a second family.

“They truly want to help their students,” Lee said.

She’s always been independent and found it hard to accept help, even the scholarship to a certain degree, but says Pia Stokes, associate director of DSU’s Office of Admissions, helped her come to terms with that and now has become a mentor.

Stokes told Lee that she always liked her smile and the energy she brought to projects, well before Stokes found out about the death of Lee’s mother.

When Lee would question her good fortune, “She told me to accept my blessings because I deserve it,” Lee said. “That’s just something that I try to take with me every day.”

What  Lee says wants most to make her community proud.

Education had always been a priority with her mother, who was studying to become a nurse before she died.