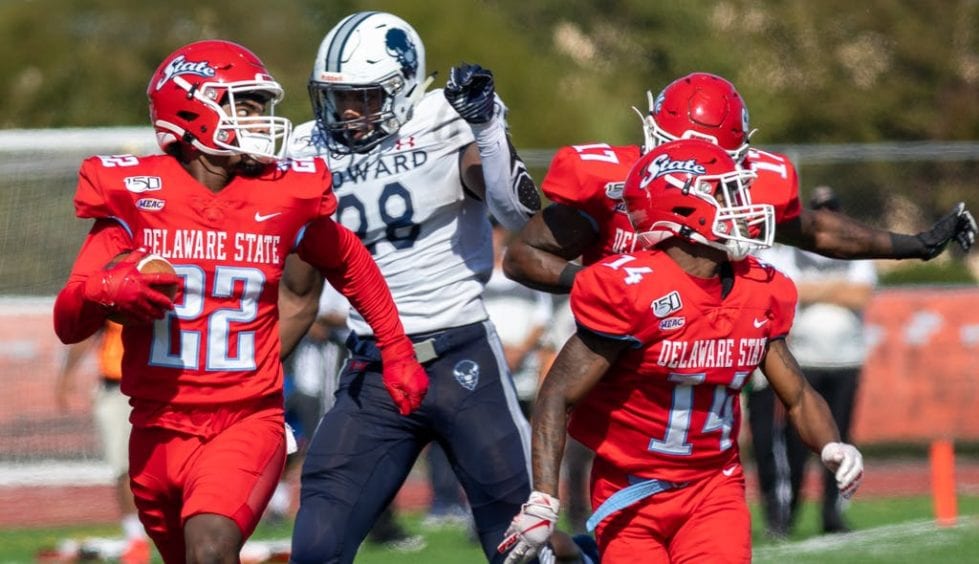 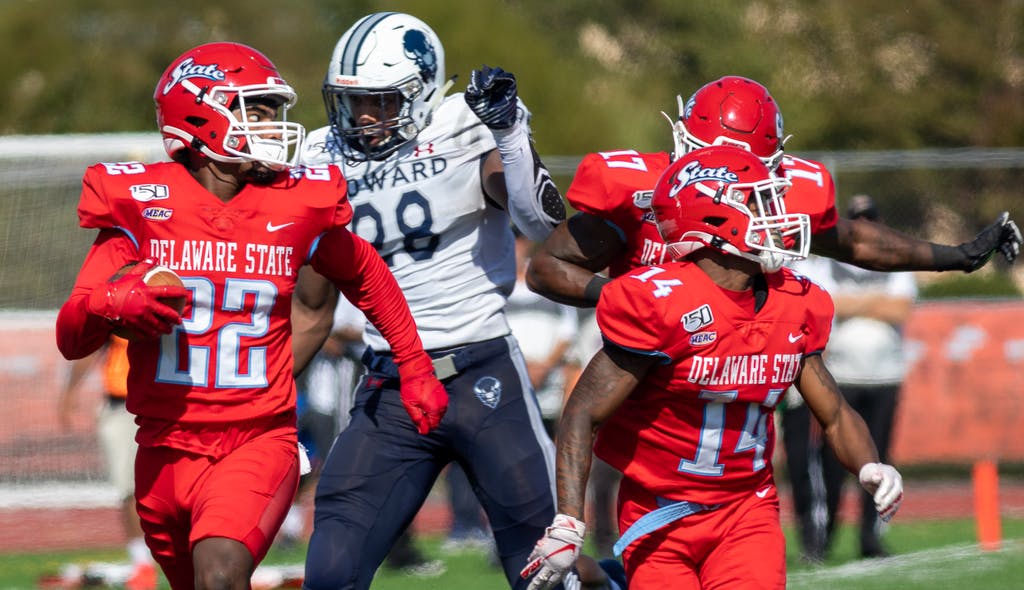 DSU players cheered in a Thursday meeting when their coach told them they may be able to play.

The Historically Black College and University is part of the Mid-Eastern Atlantic Conference, which announced Thursday to suspend spring football. The conference already had said it would not hold a fall schedule but would play in the spring, when it expected COVID-19 to be less of a problem.

MEAC Commissioner Dr. Dennis E. Thomas said it was hard to schedule full-scale conference play because of state and local spread, as well as an array of travel restrictions for each institution.

He said MEAC schools could play, but would be required to follow ongoing protocols.

“With Howard University and South Carolina State University as conference opponents, and our game with the University of Delaware, we are looking at a three to five game season beginning in late February or early March, and ending in April,” said Dr. David S. Gines, DSU’s athletics director, in a DSU press release.

Head Coach Rod Milstead said his Hornets were excited to play, no matter the weather or COVID-19 safety protocols they were required to adhere to.

“These young men have done everything we’ve asked of them and more,” Milstead said. “I met with them this morning, and general cheering broke out when I told them we still had a shot at a season.”

DSU has proven remarkably successful at bringing athletes and students to campus safely. It entered into a partnership with Testing for America to develop a comprehensive testing program and related protocol for the entire campus. With more than 40,000 tests administered, less than ½% were COVID-positive.

Late last year, the University also opened its own Molecular Diagnostic Testing facility in Wilmington and soon will be serving the university, other HBCUs and Delaware residents.