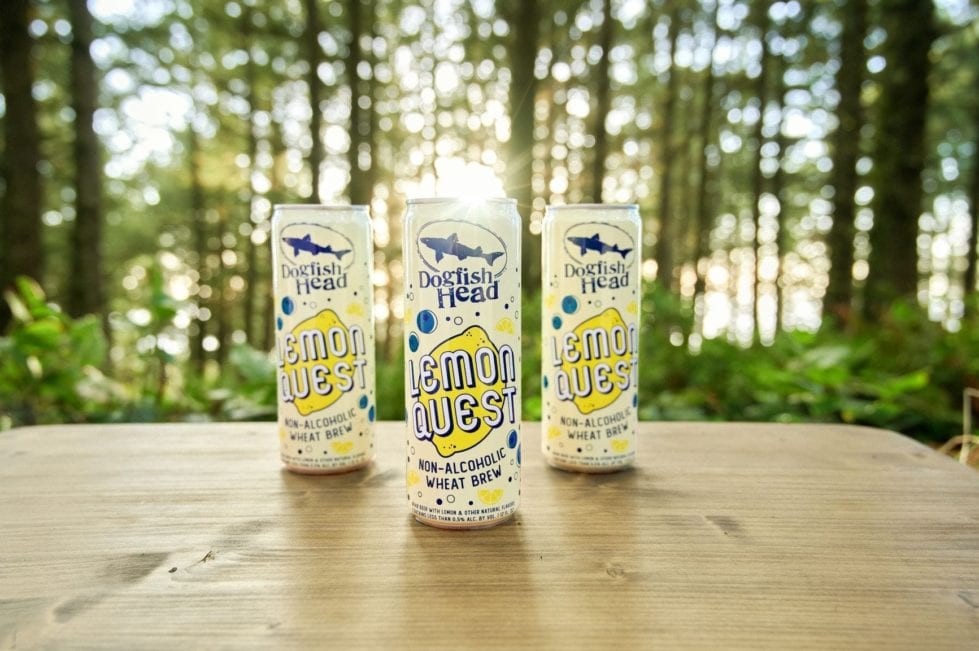 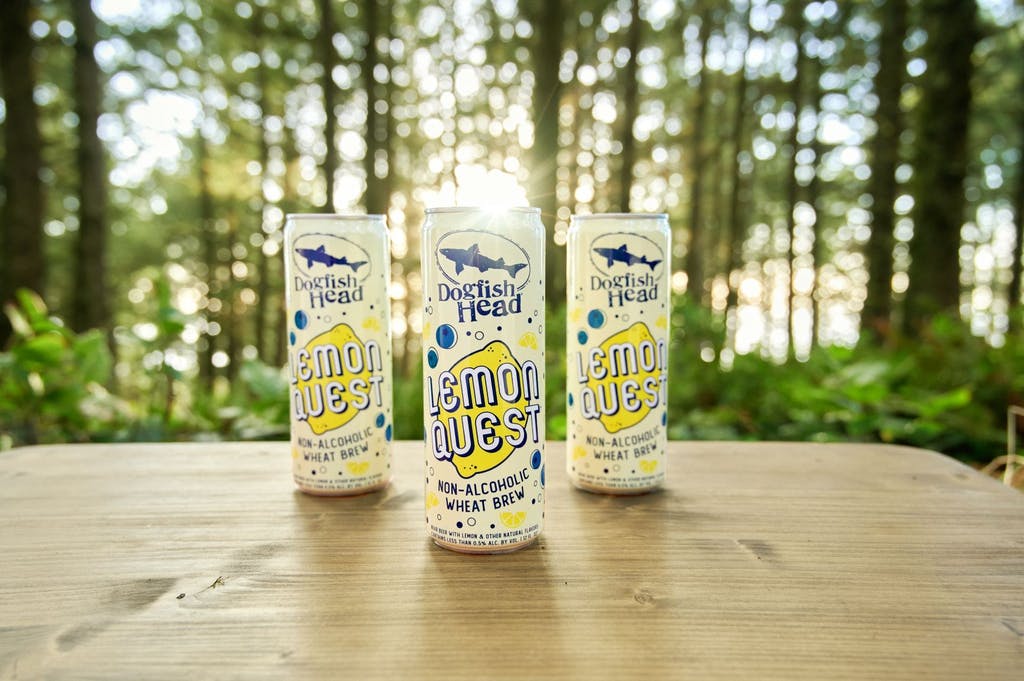 Over the years, Dogfish Head Craft Brewery in Milton has produced complex beers with full-bodied flavor. More than a few have had a high alcohol content.

But its latest release has no alcohol at all, a first for the company. What’s more, Lemon Quest, which hits shelves nationwide this month, has just 90 calories.

The citrusy wheat brew is a follow-up to Slightly Mighty, which is under 100 calories a can, and the wildly popular SeaQuench Ale, which has 140 calories and 4.9% ABV.

These beers are part of Dogfish Head’s “active lifestyle brews,” designed for people who like to “exercise and indulge,” said Sam Calagione, who founded the brewery in 1995.

Known as “session” brews, these beers allow consumers to drink more over time without feeling bloated — or losing their wits. They’re ideal for picnics or outdoor events on the beach.

However, the products don’t possess your grandfather’s pale, flavorless formulas. The modern consumer does not want to sacrifice flavor, Calagione said. “So, we’re giving them just that.”

Lemon Quest is made with real lemon puree, blueberry juice, acai berries, monk fruit and Hopsteiner Polyphenol-Rich Hop Pellets. (Hop polyphenols enhance the beer’s feel, flavor and aroma.) The newcomer also has sea salt, which is a key ingredient in the lime-laden SeaQuench.

“Sea salt is a common ingredient in many sour beers,” Calagione said. “It adds deeper, more nuanced flavors to the brew.”

The result is a crisp and refreshing mouthfeel that makes the palate “yearn for another sip,” he noted.

Dogfish Head linked craft beer to the wellness movement more than 10 years ago with the yoga-themed Namaste. As more people hit the trails to bike, hike or paddle, the Milton-based brewery added to the line. Along with Namaste, Lemon Quest, Slightly Mighty and SeaQuench, the line includes Hazy-O!, an oat-milk IPA with four types of oats.

Lemon Quest promotes Dogfish Head’s “Mother Nature, Let’s Do This!” initiative, which the company has long stressed on social media and the company website. (The phrase is stenciled across the fireplace in Dogfish Head Inn’s lobby.)

This year, Dogfish Head is partnering with The Nature Conservancy to challenge beer and nature lovers to get outside more often. The incentives include giveaways, contests, themed events and, of course, brews like Lemon Quest, whose packaging bears the TNC logo.

Dogfish Head is contributing more than $50,000 to TNC to mark the beer’s launch. To date, the brewery has donated $1 million to the environmental nonprofit’s Delaware chapter partly through the annual Dogfish Dash road race.

Upcoming “Mother Nature” activities include the Pontoon Lagoon Weekend at the inn May 14-16. It’s a weekend of water tours, tastings and happy hours.