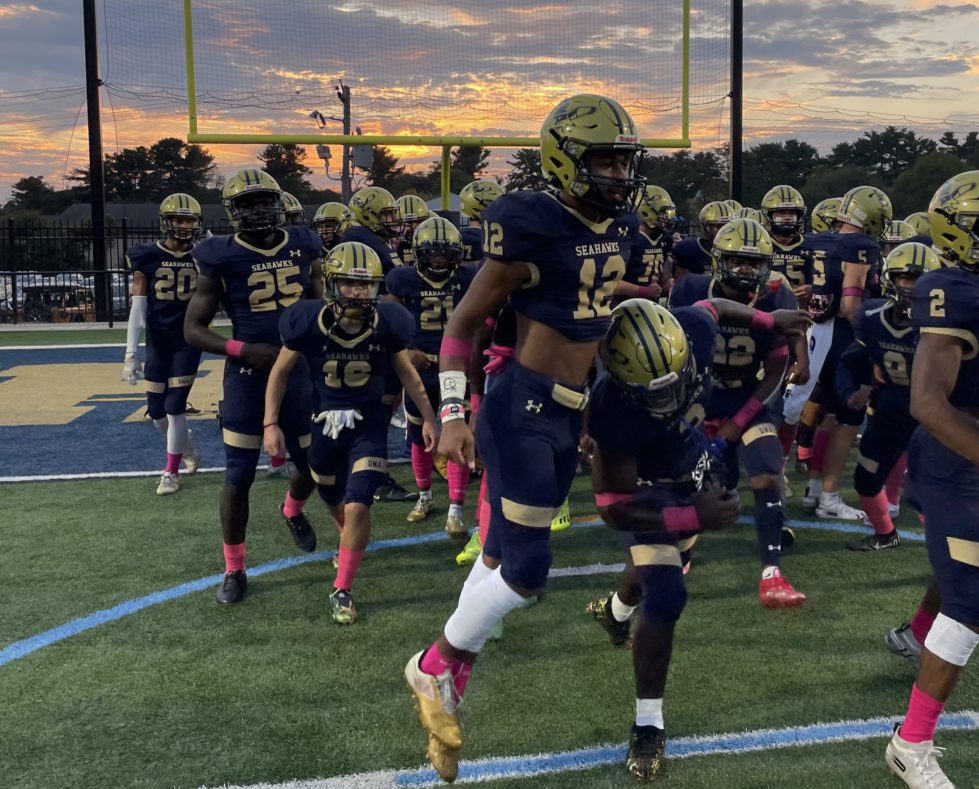 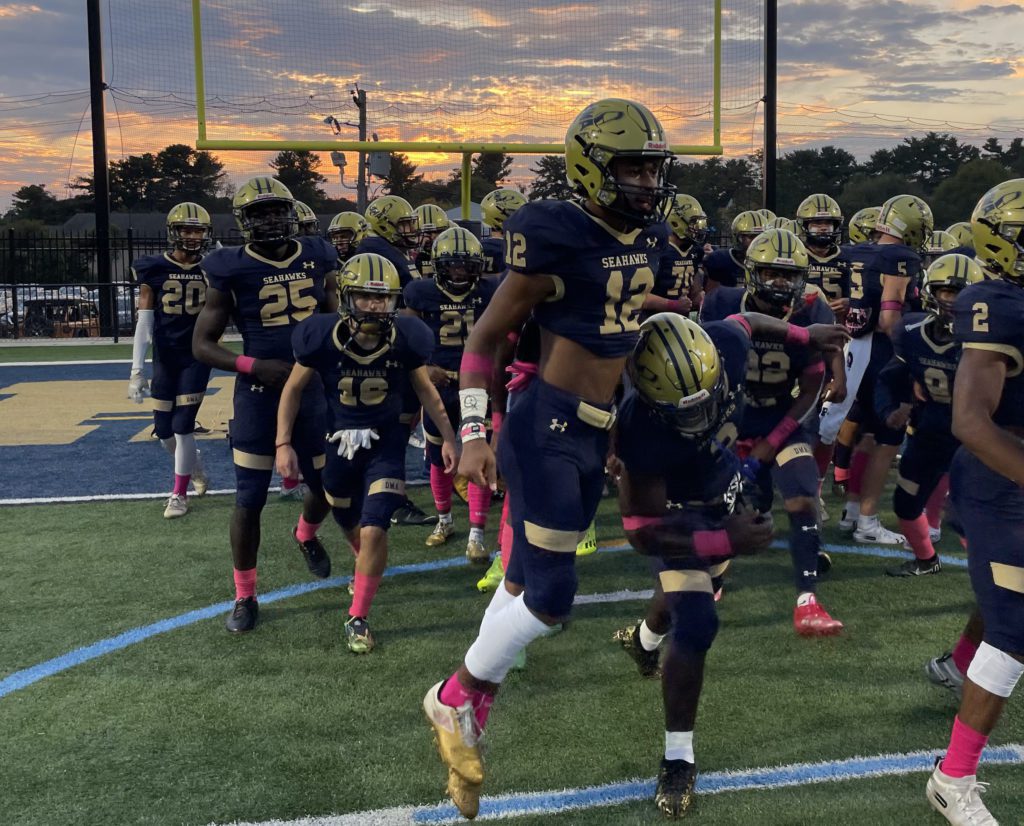 On Friday night from Fusco stadium on the campus of Delaware Military Academy two top 5 ranked teams in #2 DMA & #3 Howard faced off under the flights for our First State Orthopedics game of the week. DMA came into this game 5-0 on the season and Howard at 4-1 respectively. After a slow first half of football, DMA came out and took control to defend their home field & to remain undefeated.

In the first half both teams scored touchdowns late in the second quarter. DMA’s Devon Green took the hand off from 4 yards out up the middle, he spun out of the arms of a Howard tackler & fell in for a touchdown. The extra point was good and DMA led 7-0. With just .22 left in the second quarter Howard’s Rahsaan Matthews rolled out to his right and fired a laser to Jamal Johnson in the corner of the endzone for a touchdown. Howard then went for the 2 point conversion and successfully converted it for an 8-7 lead. That score would hold as the half ended, sending the game into halftime.

In the second half DMA took the opening kickoff and went right to work. The drive started as DMA started to establish their ground game as Dha-Fier Watts-Henry broke off a couple of long tough runs. Then on 3rd & 1 from the 29 yard line Brian Alleyne hit Khyaire Hines who made a great diving catch at the 1 yard line. After a bad snap that pushed the Seahawks back to the 5 yard line, Devin Green took a hand off to the right and put his foot down cutting back to the left for the touchdown, his second of the game giving DMA a 14-8 lead.

After a punt from Howard on the ensuing drive, DMA found the endzone for the second time in the third quarter. On 2nd down from their own 44 yard line Devin Green took a handoff up the middle breaking it all the way to the 1 yard line of DMA for 55 yards. However there was a penalty at the end of the run bringing the ball back to the 16 yard line. DMA then went to Watts-Henry down in the red zone. Three consecutive runs for 8 yards, 7 yards, & then in for the touchdown from 1 yard out giving DMA a 21-8 lead.

Howard was then forced to punt their ensuing drive again. Howards punter De’Mere Hollingsworth sent of a booming punt high in the air as DMA’s Cody House came up to catch it, but he couldn’t and the loose ball fell into the hands of Howards Isaiah Pearson on the DMA 23 yard line.  On 3rd and 10, Matthew’s hit Hollingsworth who is also a wide receiver in the endzone who made a spectacular leaping catch getting 1 foot down in bounds for the touchdown making the score 21-14.

In the fourth quarter with 9 minutes remaining DMA would find themselves with another scoring opportunity. They had a 1st down and goal from the 3 yard line. From 3 yards out Alleyne took the snap and handed it off to Green who took it in for his third touchdown of the game giving the Seahawks a 28-14 lead. Green led the Seahawks in rushing gaining 160 yards on 20 carries with 3 touchdowns in the game.

The Wildcats did score a late touchdown with just .11 seconds remaining in the game. Matthew’s hit Hollingsworth again on a 5 yard strike. Brining the score to 28-20. Howard did try an onside kick, but it was recovered by DMA to seal the victory. Matthews ended the game 14-33 for 188 yards with 3 touchdown passes. Hollingsworth led the Wildcats in receving with 9 catches for 137 yards and a touchdown in the game.