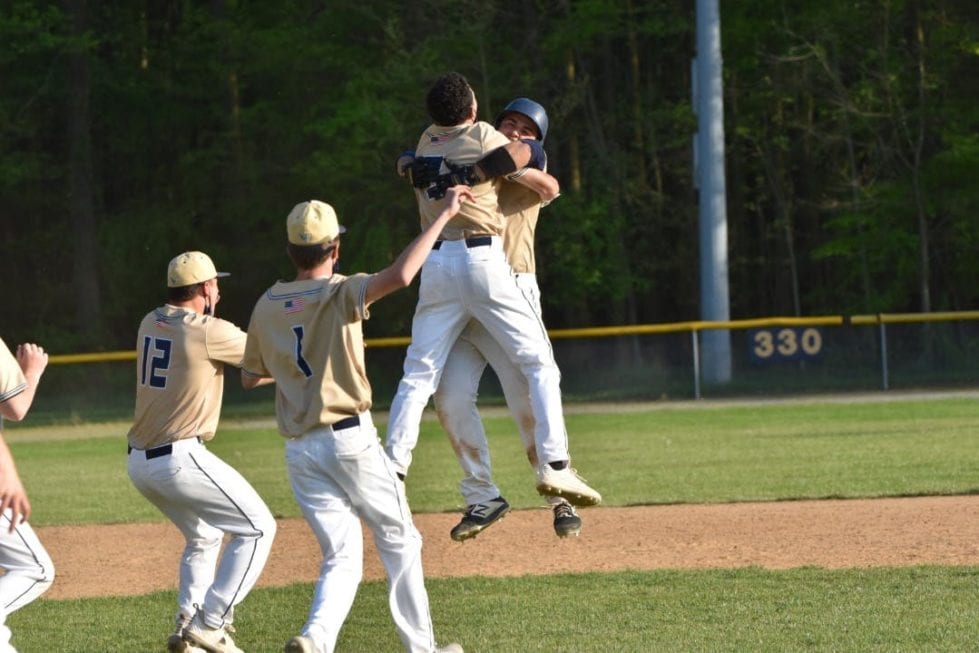 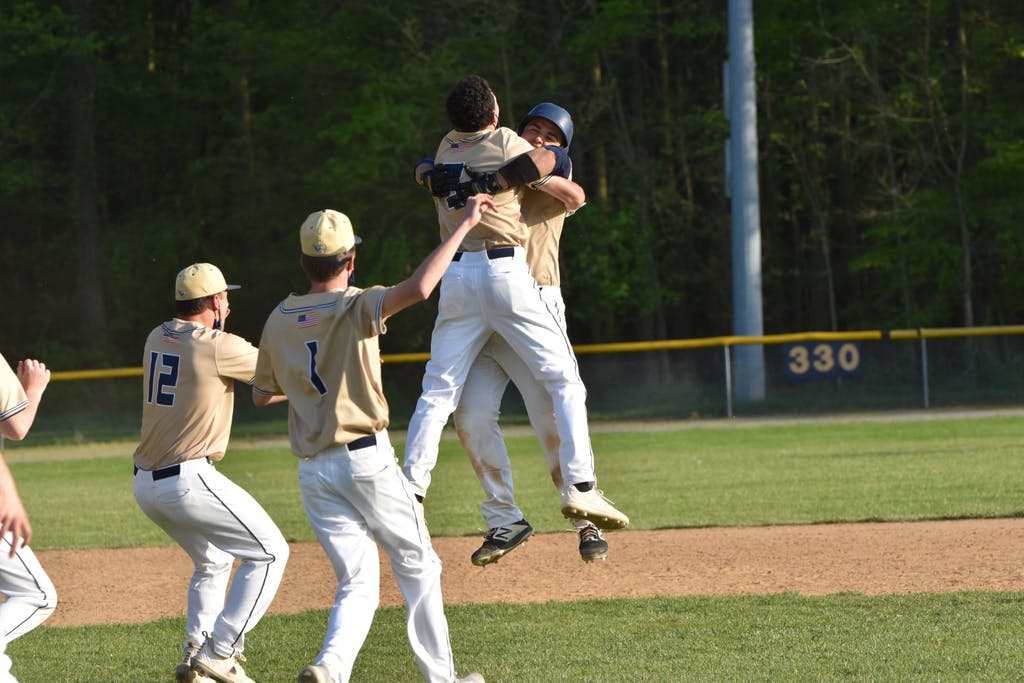 Tuesday the No. 1 St. Mark’s Spartans and No. 2 DMA Seahawks baseball teams faced off at Newark National Little League, home of the Seahawks.

The game was just what you would have wanted, having the top two teams face off and they were both throwing their best pitchers in the matchup. St. Mark’s Christian Colmery and DMA’s Kevin Williams were going head to head today, but next season they will be teammates as both are committed to play at the University of Delaware.

The game went into the sixth inning tied, 1-1, as each team played great defense and got great pitching from their aces.

In the top of the sixth, St Mark’s would finally break up the tie as Reid Dalton came up with runners on 1st and 2nd with one out. He hit the second pitch he saw down the 3rd base line for a double, scoring Jaden Todd.

The next batter, Michael Clarke, drove the first pitch he saw into center field, scoring pinch runner Max O’Neal from third to give St. Mark’s a 3-1 lead. DMA’s Williams would then settle down and get out of the inning.

Colmery would take the 3-1 lead into the bottom of the 7th inning, but his pitch count would only allow him to face one batter as he retired Drew Simpson. He would then exit the game with 1 out, giving way to Steven Mann.

Mann entered the game in a tough spot, having to face the meat of the DMA lineup. Mann hit the first batter, Williams, then walked Tyler August, putting runners on first and second. He then settled in with a big strikeout, getting Mason McCloskey swinging.

Mann only needed one more out to end the game. He thought he had it when a 2-2 pitch to Zack Morris made the Spartans jump out of the dugout, but the pitch was called outside.

Mann eventually walked Morris, loading the bases. Then he hit Logan Wiley, which forced in a run moving the winning run into scoring position. 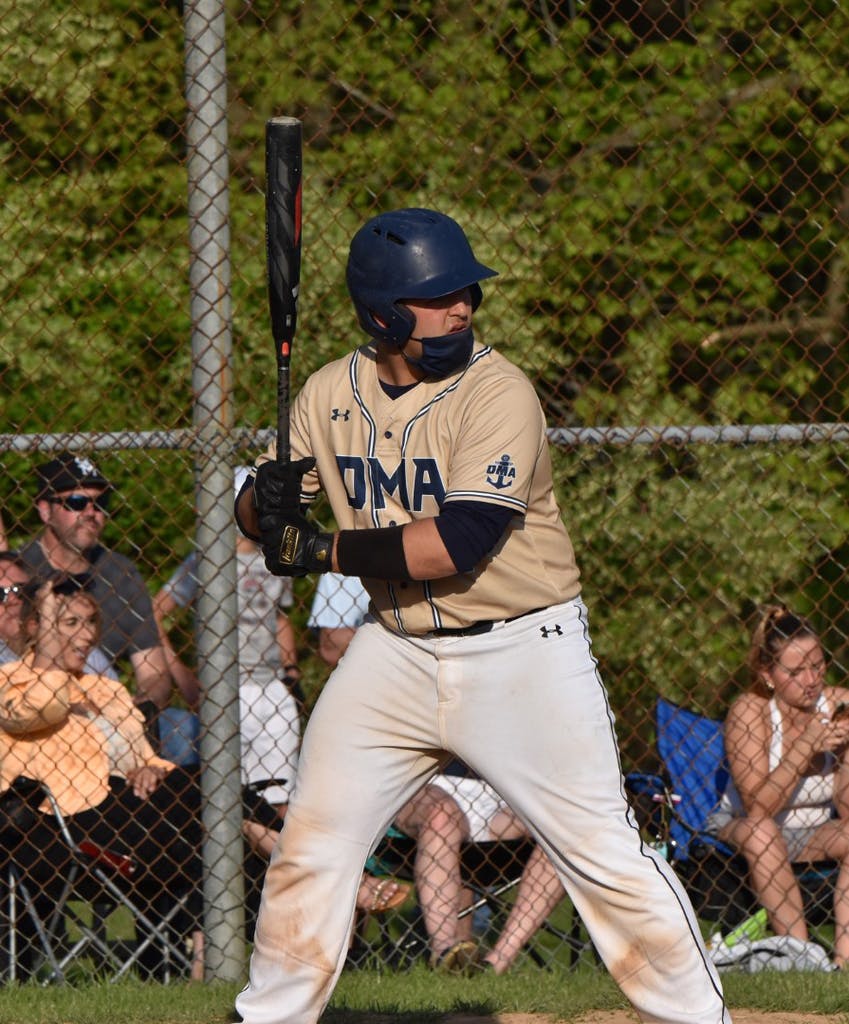 Mason DeLuca hit the walk off double for DMA

After the hit batter, Coach Matt Smith from St. Mark’s went to his bullpen, bringing in Max Coughenour. Coughenour would be facing DMA’s Mason DeLuca to try to close out the game.

DeLuca, if you watch our livestreams, was the hero the other night as he hit a triple in the bottom of the ninth inning, leading to the game-winning run for DMA as they walked it off on a passed ball over Sussex Central.

DeLuca would be the hero again for DMA. He smoked a 1-1 pitch into centerfield, scoring the runner from 3rd, Morris. The throw from St. Mark’s centerfielder Todd was off line, allowing Morris to score, and the celebration began.

DMA would score three runs in the bottom of the 7th to knock off the top-ranked Spartans.