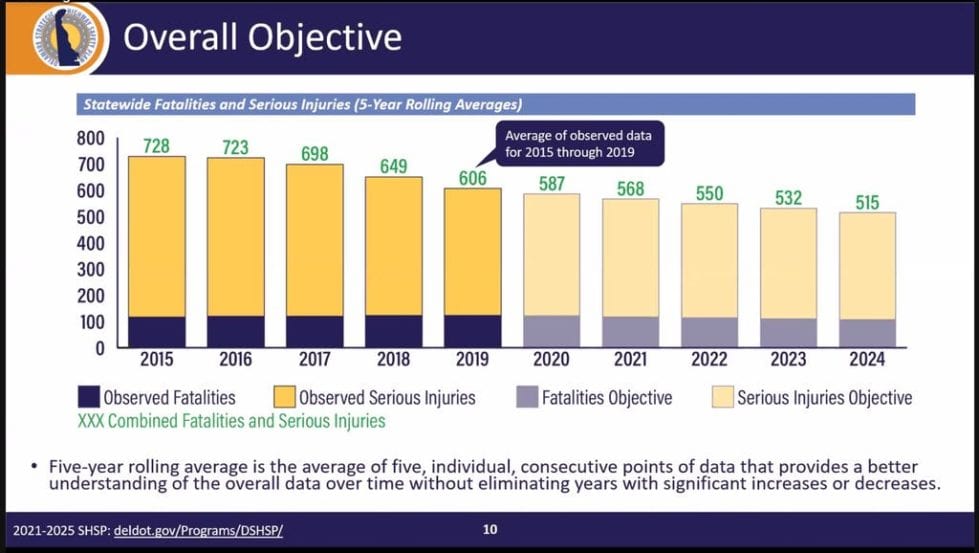 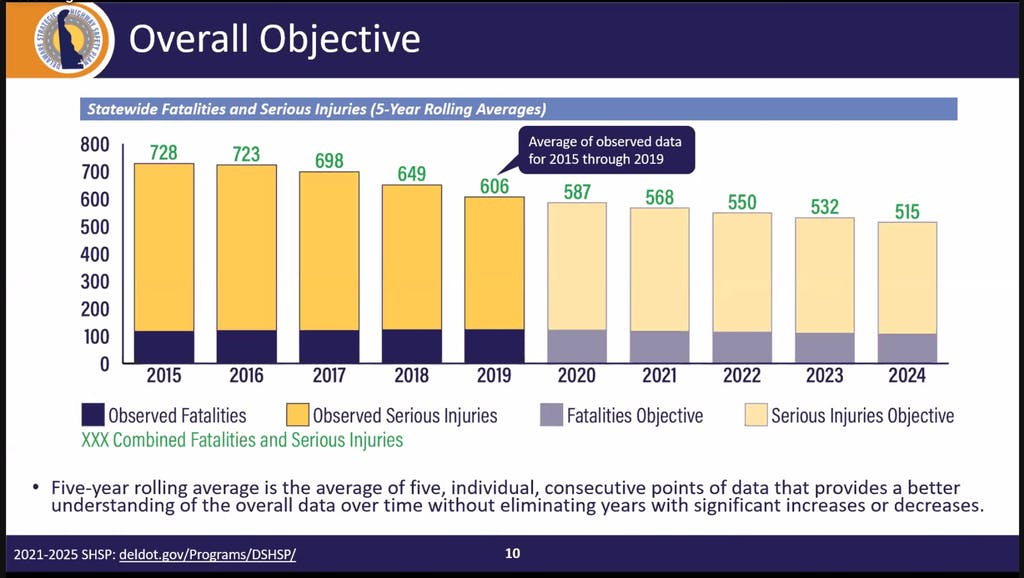 Distracted driving is the latest emphasis area in Delaware’s strategic highway safety plan, reflecting the ubiquitous temptations of cellphones and other digital devices.

The 2021-26 plan was adopted in December and reviewed in a multiagency workshop Thursday.The overall objective continues from the last plan: reducing fatalities by 15% every five years. A chart released at the workshop shows a neat downward trend in the rolling average of injuries, but with fatalities flat.

That said, “since 2010, over 1,100 people have died, and 5,600 people have been seriously injured because of a motor vehicle crash on Delaware’s roadways,” the Delaware Department of Transportation reported in announcing the workshop. “2015 and 2019 experienced the highest number of fatalities during the most recent ten-year period, with 133 reported each year.”

Strategies for the next five years include a lot of “innovative technology,” said Peter Haag, chief of traffic engineering for the DelDOT. He cited high-friction surface treatments, rumble strips and “automated enforcement” (that’s bureaucratese for red-light cameras).

Strategies also include some old-fashioned basics, such as educating drivers and pedestrians, re-engineering problem areas on the state’s roads and emphasizing, as governments have been doing for than a decade, that “speed thrills but kills.”

The plan is federally mandated, and the U.S. government also requires regular updates. This is the fourth update since the original plan in 2006. Preparation for the update took a year and involved more than two dozen state and local agencies and other stakeholders.