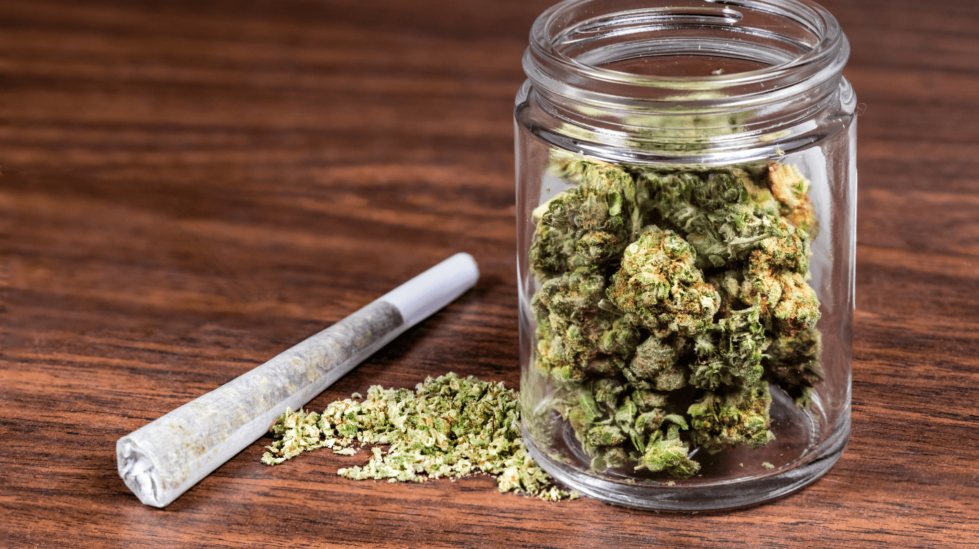 A new bill to legalize the cultivation, sale and possession of marijuana in Delaware is likely to make its way before the General Assembly this year.

House Bill 305 — also known as the Delaware Marijuana Control Act — builds on last year’s House Bill 150, which was released from committee but never heard on the House floor.

The Marijuana Control Act, sponsored by Rep. Ed Osienski, D-Brookside, would establish a framework to regulate and tax marijuana in the same manner as alcohol.

Currently, recreational marijuana use is permitted in 18 states and the District of Columbia.

The bill would allow adults over the age of 21 to legally possess up to one ounce of marijuana for personal use, though it would not permit people to grow their own marijuana.

If passed, marijuana would be taxed at 15%. Nearly half of that — 7% of the revenue — would go toward a “Justice Reinvestment Fund,” designed to benefit communities historically most affected by the disproportionate prosecution of marijuana-related crimes.

According to a press release announcing the new bill’s filing, Osienski has been meeting with stakeholders throughout the past several months to address questions and revise the original proposal.

“We heard the input from members and advocates and spent the legislative break working on compromises wherever possible, striving to build the best possible law,” Osienski said.

He noted that other states, including nearby New Jersey, Virginia and New York, have successfully enacted policies relating to recreational cannabis.

Under the bill, the Division of Alcohol and Tobacco Enforcement would absorb marijuana enforcement and create a separate, administrative Office of Marijuana Control Commissioner within the Department of Safety and Homeland Security.

The legislation would allow for up to 30 retail licenses to be issued within 16 months of the bill’s effective date.

Changes from the previous bill

The proposed Justice Reinvestment Fund would be administered by the Department of Justice and would be used to facilitate grants, contracts, services, or initiatives that focus on the following:

The new bill also eliminates a proposal for a social equity loan fund. That provision in last year’s House Bill 150 meant that the bill required a ¾ vote of both chambers of the General Assembly to pass.

Without that provision, the bill will only require a ⅗ vote or 60 percent of each chamber.

There are currently 26 Democrats in the House of Representatives, compared to just 15 Republicans. In the Senate, Democrats hold 14 seats while Republicans hold seven seats.

If Democrats elect to unite around the cause, they could end cannabis prohibition in Delaware without a single Republican vote — or, at least, place it in Gov. John Carney’s hands.

Carney has made his position clear: he does not support recreational marijuana legalization.

“At least three other states have legalized recreational marijuana use by adults since House Bill 150 was first introduced and more than 145 million Americans now live in one of the 18 states that have successfully replaced an illegal market with a well-regulated and responsible industry that is creating thousands of good-paying jobs for their citizens,” Paradee said.

“The benefits of a thriving cannabis industry are clear, and I give Rep. Osienski a ton of credit for his willingness to work for legislators and stakeholders to make a great bill even better. This legislation is sound economic policy, represents strong social justice reform and will create jobs throughout our state. It’s time for Delaware to catch up with the rest of the country and pass HB 305.”

Other provisions of the bill

Those applicants would have access to technical assistance programs, reduced fees, an adjusted points scale and a waiver of the physical location requirement.

The new microbusiness applicant pool would be limited to applicants with majority ownership held by Delaware residents.

Those applicants would have reduced fees, though higher than social equity applicants, and an adjusted points scale. They would have access to cultivation and product manufacturing licenses. To accommodate the new license pools, more retail and cultivation licenses have been added to the previous version’s totals.

The bill would allow Delaware towns and cities to prohibit the operation of marijuana facilities within their borders through local ordinances that are not in conflict with municipal regulations enacted under this law.

It would not change existing state law regarding driving under the influence of an illicit or recreational drug and public consumption of marijuana would still not be permitted.

Employer enforcement largely would not change.

Employers would be permitted to drug test workers for marijuana to ensure any zero-tolerance policies are being followed. They also would be able to discipline workers for being under the influence at work, as well as prohibit the consumption of marijuana at work.

The bill has been assigned to the House Health & Human Development Committee where it is expected to receive a hearing before the end of January.

If passed, the bill would go to Gov. Carney for him to sign or veto.