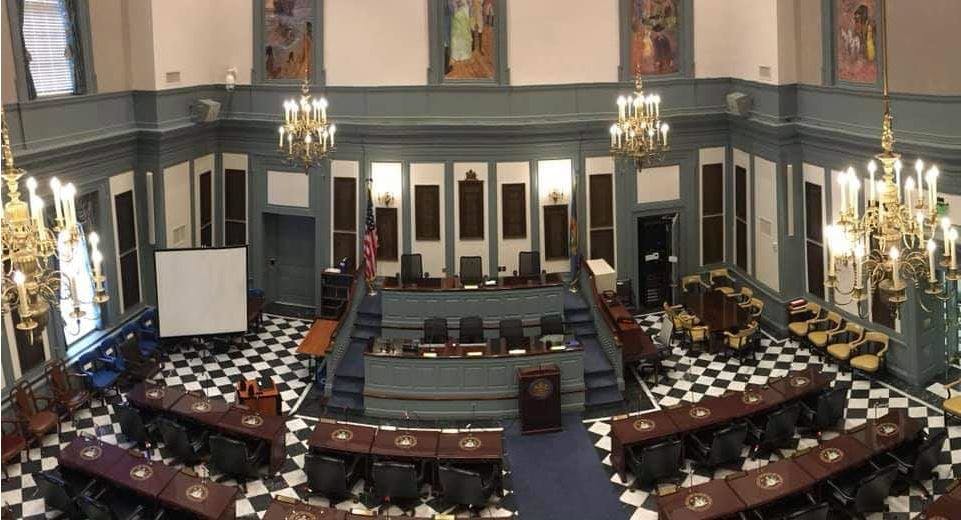 After Republican members of Delaware’s House of Representatives voted Thursday against a bill that would allow people to vote absentee for any reason, the Democratic leadership responded by ending the session before three Republican bills came to the House floor.

“Those bills were not considered because of and in retribution for the Republican vote against House Bill 75,” said Joseph Fulgham, communications officer of the Delaware House of Representatives’ Republican Caucus.

Efforts were not successful Tuesday evening to reach Democratic leadership for comment, but it was a rare vote this session that knocked down a Democratic bill.

HB75 sponsor Rep. David Bentz, D-Christiana, pointed out on the floor and in a statement released after the session that nothing had changed in the bill.

“Unfortunately, those who switched their votes from 2019 were largely silent on the floor, giving no reasons why,” he said. “I hope they explain whether the political rhetoric has changed their minds or if some other concern has surfaced. We will continue to stand up for all residents’ ability to vote safely and securely, whether through this amendment or other efforts.”

“While the bill had some support from our caucus on its first leg during the 150th General Assembly, in the time since then many of our members re-examined it and began expressing significant reservations,” Short said in an emailed statement. He said they repeatedly shared those concerns with House Majority Leader Valerie Longhurst, D-Bear.

“To be clear, despite the sponsors’ claims, the bill does not authorize ‘no excuse’ absentee voting,” he said. “Rather, it eliminates from the state constitution the provisions authorizing absentee voting and gives the General Assembly the ability to enact new laws to recreate it in whatever fashion legislators see fit.  That change significantly lowers the bar for majority Democrats to manipulate the law, with no Republican votes needed.”

He said he believed Democrats wanted to change absentee voting into a vote by mail system, “a scheme that will benefit Democrats.”

“Any doubt about the partisan nature of this issue was erased after today’s vote,” he said. “There were three Republican bills on Thursday’s House Agenda, one of which, ironically, was to make it easier for people to vote in municipal elections … Longhurst refused to allow any of those bills to be voted on in an act of retribution for the Republican vote on HB 75.

“We may not have seen the last of this bill, but House Democrats have given us even less reason to trust their good intentions on this issue.”

Currently, voters may only vote by absentee ballot in Delaware by providing a reason they are not able to vote in person. This requirement applies to voters who will not be in state on the day of the election, or would otherwise be unable to make it to the polling place. College students, active-duty military personnel, incarcerated voters and members of specific religions all take advantage of this voting method.

Even worse for the bill: Because it would alter the state Constitution, the bill must pass in identical form through both the House and Senate in two different sessions of the General Assembly, and assembly sessions are spread over two calendar years.

Normally, the bill would be dead, and it would have to be reintroduced and once again pass through two sessions, meaning it could be years before it was approved.

But the Democrats left themselves a rear-action door. After the vote, Longhurst switched her yes vote to a no vote, and then almost immediately moved that the session end, which House Speaker Pete Schwartzkopf, D-Rehoboth Beach, immediately did.

House rules allow someone who voted on the winning side — and by switching her vote to no, Longhurst’s vote is now on the side that prevailed in the tally — she will be able to ask for the bill to be brought back up in three days, Fulgham said.

If that bill fails then, it would have to start over.

Jane Brady, chair of the Delaware Republican Party, praised the defeat of HB75.

“I am pleased that this amendment has not yet passed,” she said. “Few people realize how significantly this amendment would change voting in Delaware, removing the protections in our Constitution and replacing them with the whim of the General Assembly.”

Bentz believes that sentiment turned against the HB75 when absentee voting became a notorious subject of controversy after mail-in ballots were used across the country in the 2020 election, a result of the COVID-19 pandemic.

Bryan Shupe, D-Milford, said he believes people should be able to vote absentee for any reason, but he did not like other things in the bill. Shupe is CEO of Delaware Live.

He declined to vote and saw the session ended without one of his bills coming to the House floor.

“I think it very obviously was a vindictive measure since our caucus voted against HB75 that none of the Republican bills that were on the agenda today even were brought up for a vote,” he said.

He said the bill contained changes that were not well understood.

Shupe is seeking sponsorship for a bill that would allow absentee balloting, but would require the process to be started by the voter, and not as a result of the state’s proactive mailing out of affadavits like it did in 2020 to ensure voter safety during the pandemic.

Shupe’s House Bill 146,  which was ignored Thursday, had bipartisan support, It would have expanded voting rights by ending the practice that forces city and town voters to have to register with the state and then register again to vote in city elections.

Charles Megginson contributed to this report.