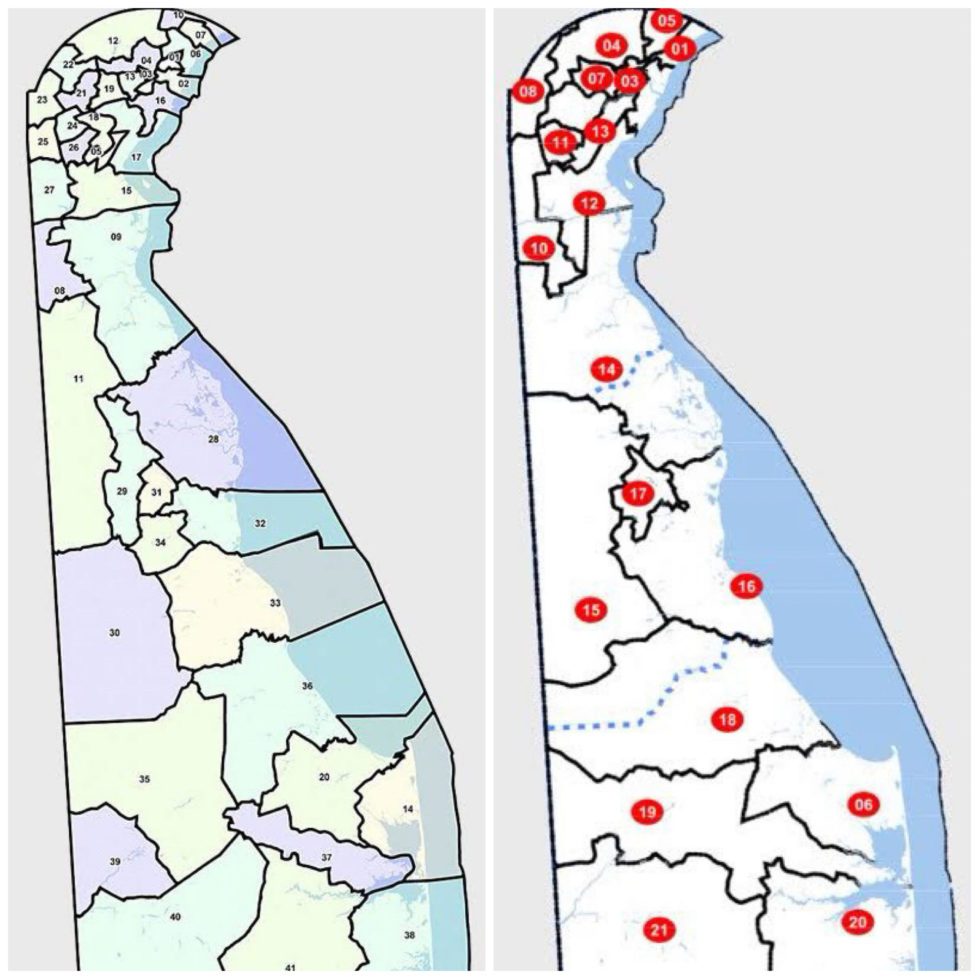 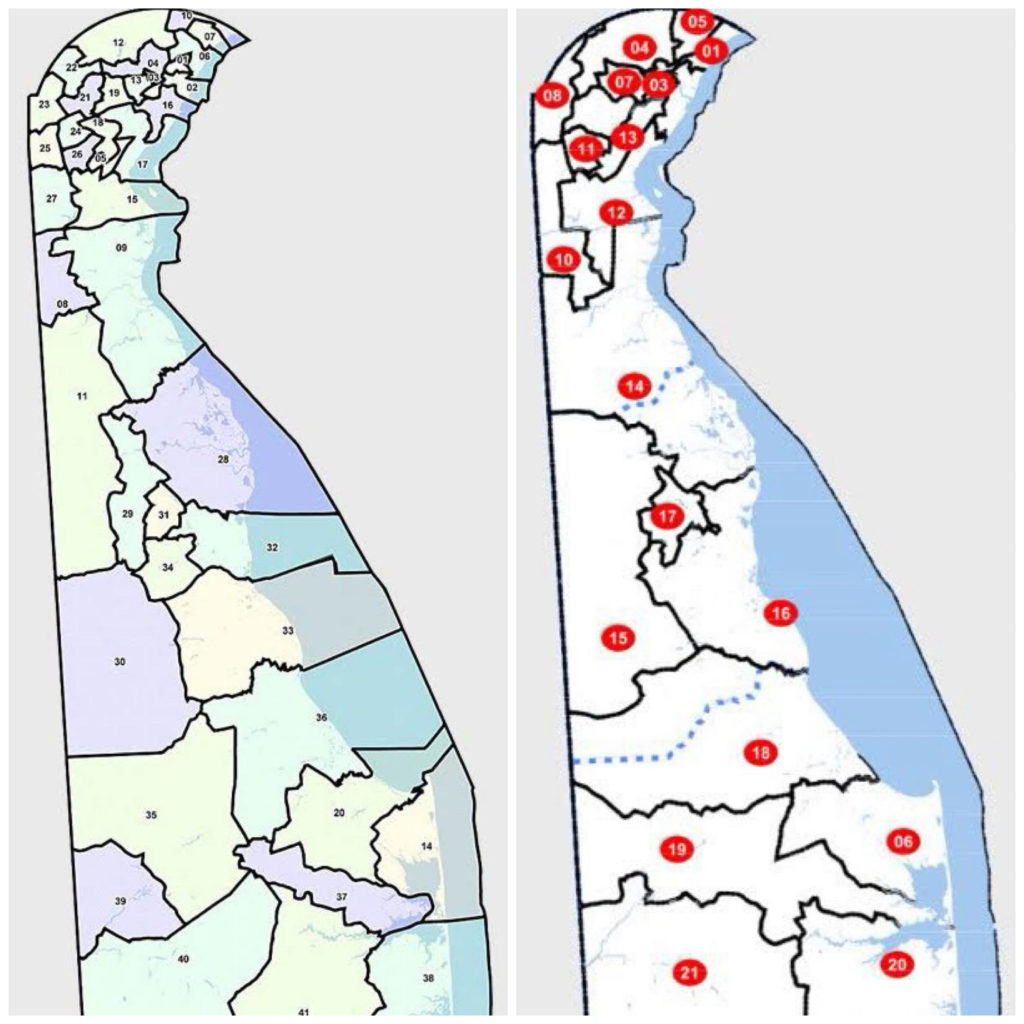 This is what Delaware’s state House and Senate districts look like now.

Democratic leaders on Friday announced some of their plans to complete House and Senate redistricting by the Nov. 7 deadline the General Assembly set for itself in June.

They did not set a date for the special session, which will be required to approve the redrawn maps.

In a press release, House Speaker Pete Schwartzkopf, D-Rehoboth, and Senate President Pro Tempore Dave Sokola, D-Newark, said they would host a public meeting on Sept. 28 at 6 p.m. on Zoom.

During the meeting, “lawmakers will give an overview of the redistricting process and explain how districts are drawn. They also will solicit public comment from residents regarding various districts and communities throughout the state,” the press release said.

They said the reason the process has taken so long is because data from the U.S. Census Bureau  arrived five months later than in previous redistricting years.

“Redistricting is always a highly technical process, but further complicated this year by both the COVID-19 pandemic and the late arrival of crucial population data that is affecting states across the country,” Sokola said. “Both the Speaker and I feel very strongly that these challenges should not stand in the way of our efforts to engage the public so we end up with district lines that serve our communities.”

The move came over one month after The League of Women Voters, Common Cause of Delaware, ACLU of Delaware and 13 other community groups sent an open letter calling on them to ensure a fair, transparent, nondiscriminatory, and politically impartial process.

Having heard no response, Common Cause of Delaware issued a press release last week demanding that the leaders “start communicating with the public about this year’s redistricting cycle.”

Following Friday’s announcement, Common Cause said in a statement to Delaware LIVE News that they are “glad that state leaders heeded our calls for the public to have a say in this important democratic process. Redistricting determines our voting power for the next decade, so it’s important this process be driven by the community, not the politicians.”

The group is hopeful that the public hearings will provide an opportunity for Delawareans to “participate in a meaningful way in the map-making process, so that the process of community districting will result in the drawing of fair maps that preserve communities of interest.”

Efforts were unsuccessful late Friday afternoon to reach House and Senate Republicans for comment about the announcement.

Schwartzkopf and Sokola also announced that they had launched a new website which includes information on the redistricting process.

Both the House and Senate will create separate draft maps and post them on the redistricting website for the public to view. They plan to hold public hearings after the draft maps are posted where they will allow public comment.

They did not set a date for the public hearings.

Once the maps are finalized, they will be put into bill form and the General Assembly will vote on them during the yet-to-be-announced special session.