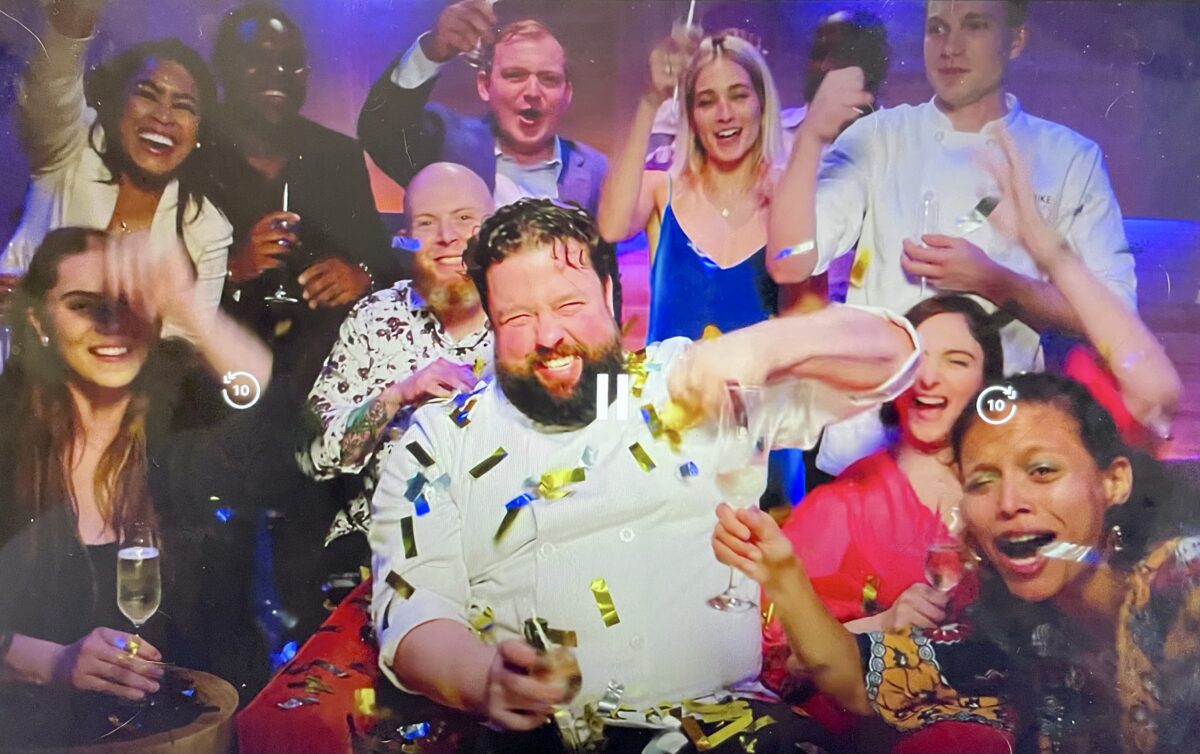 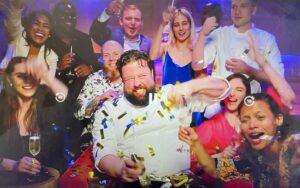 Robbie Jester is not one to sleep late. But on Monday, Jan. 9, he snoozed until 10:30 a.m. “I almost felt guilty,” the chef acknowledged.

But just about anyone would forgive the owner of Pizzeria Mariana in Newark.

After all, it’s not every weekend that you celebrate winning $100,000 on Netflix.

The show debuted on Jan. 6, and family, friends and colleagues crowded Bellefonte Brewing Co.’s North Wilmington location for a watch party that included the finale.

Indeed, viewers can binge all eight episodes at their leisure — and it’s easy to do.

The music, the creative challenges, the personalities and, of course, the food combine to make for an addictive show.

Then there is the twist: The chefs judge their peers for all but two challenges.

Although the show recently joined Netflix’s lineup, Jester and his colleagues filmed for most of March 2022 in Los Angeles. As part of his contract, he kept the results under wraps.

Now that the secret is out, he can relax, reflect and regroup.

“I’ve grown as a chef from that experience more than I have in the previous 10 years of my career,” he said.

The Culinary Institute of America graduate is on a winning streak.

He also competed on “Guy’s Grocery Games” — twice. He lost on his first appearance but returned for the show’s redemption competition, which he won.

“Pressure Cooker,” however, is a different beast.

Eleven chefs live and compete under one roof in a structure that seemingly has no windows. Lights suddenly go out at midnight, regardless of what the cast is doing. It is like some sort of strange psychological experiment.

There is no host. Challenges and results are delivered via an automated kitchen order ticket (KOT) printer.

“Ticket printing,” a female voice intones whenever the machine spews out the paper.

Judges record their comments in an oversized black-and-white book, and the chefs read the notes after the challenge. (Jester did not get to keep it.)

Fans of culinary shows, however, will enjoy watching the chefs tackle the challenges, which range from creating a dessert using cheese to producing a menu with same-color ingredients. One chef’s use of purple is disconcerting. 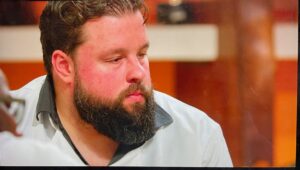 In their downtime, the chefs talked shop, Jester said.

“There was a lot of conversation about theory around food, and I learned some advanced techniques by watching Mike [Eckles],” he said. “Ed has a fairly advanced knowledge of modern technique, although you don’t see it on the show. I’ve learned the nuances of seasoning and when to season.”

“I’ve never been that guy who loves his own food — I don’t think I’m God’s gift to Italian food,” he said. “But since the show, I’ve tasted my food and gone, “Man, that’s [expletive] good!”

Chefs can’t overlook the fundamentals, especially when you’re cooking for peers, he added. But while all 11 chefs learned that fundamentals are essential, they also realized that taste is indeed subjective.

The relationship with the cook can color how you view a dish.

With the prize money, Jester plans to go on a honeymoon with his wife, Katelyn, and focus on his businesses, including Jest Events, which offers private chef services and catering.

“I want to get better at everything — being a better businessperson, chef and leader,” he said.

On the last episode, Jester says that the show was the hardest thing he’s ever done and also the most rewarding.

“I can’t wait to share it with my community, my team and my family,” he tells the camera. “It’s taught me that I have so much more to give, and it’s my duty to do so.”