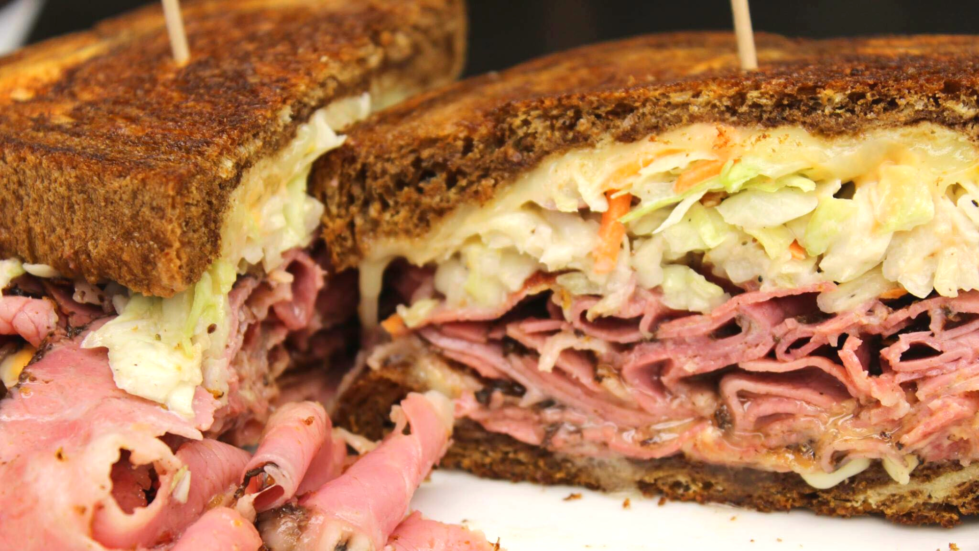 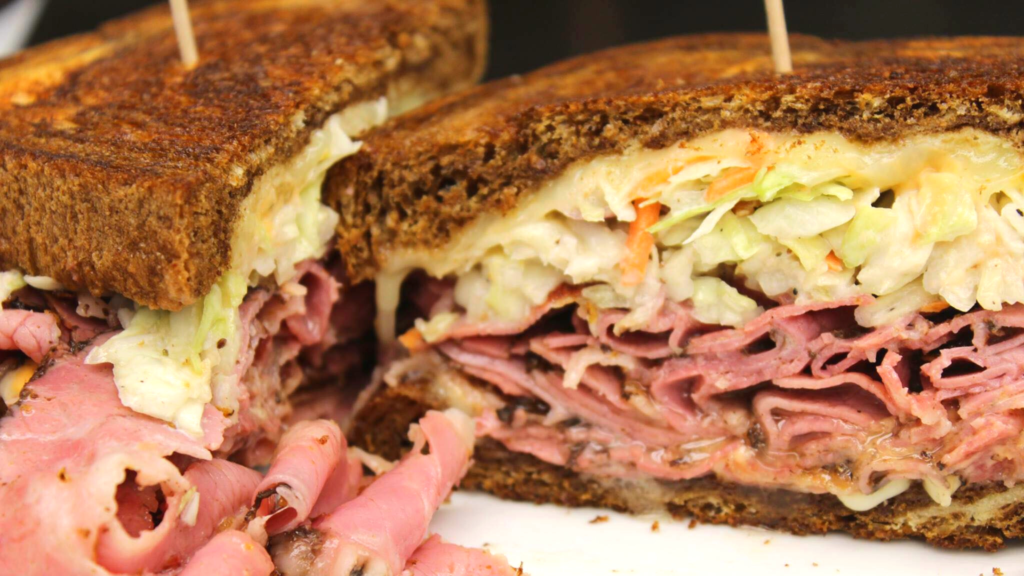 Ask your Facebook friends to recommend a cheesesteak vendor, and the same shops pop up repeatedly. But if you request their favorite Reuben, the suggestions wildly differ.

These posts elicit passionate responses, with some maintaining that you must go to Philly for a decent Reuben.

But since it’s National Sandwich Day, it’s an excellent time to review the local options. Be prepared: Not all Reubens fit the classic mold.

What’s in a name? 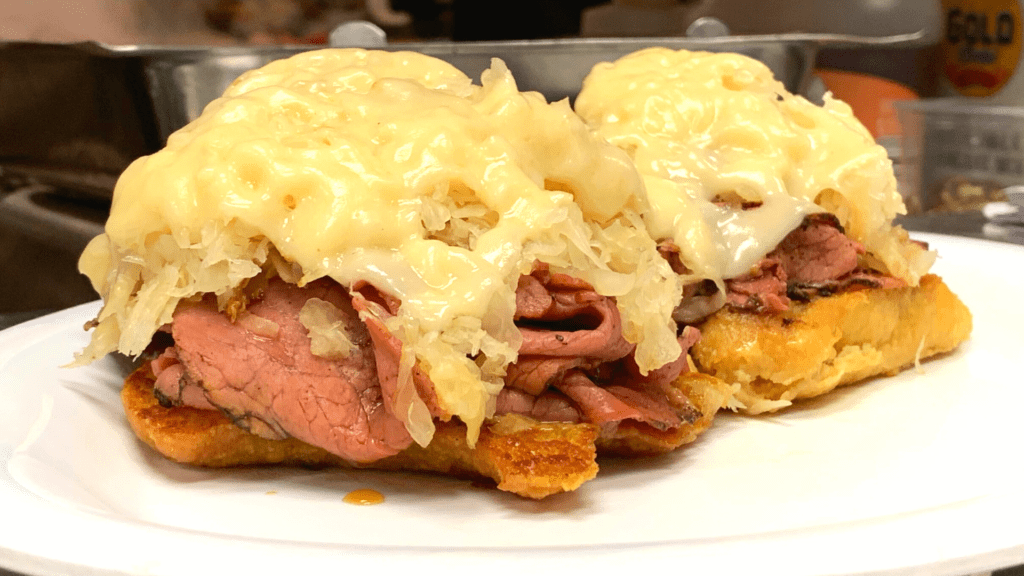 The Reuben is associated with kosher-style delicatessens, but is not kosher because it combines meat and cheese. (Warren Rosenfeld)

While often linked to Jewish delis, this combo is clearly not kosher — it marries meat and cheese.

The origin is as messy as the sandwich. Many credit Reuben — or Reubin — Kulakofsky, a Lithuanian-born Jewish grocer in Omaha who created the concoction in the 1920s for poker players. The game took place at the Blackstone Hotel, and the owner liked it so much that he put it on the hotel menu.

Others credit Arnold Reuben, the German-Jewish owner of Reuben’s Delicatessen in New York. Reportedly, Broadway actress Marjorie Rambeau visited the deli late one night when supplies were low, and Reuben made do. (The pantry-raiding approach also inspired the Caesar salad in Tijuana.) Some say the inventor was the deli’s chef, Alfred Scheuing, a chef at Reuben’s.

Interestingly, Irish immigrants reportedly bought brisket from Jewish delis for corned beef, which explains why Kid Shelleen’s Charcoal House and Saloon in Trolley Square — and now in north Wilmington — puts a Reuben on the menu near St. Patrick’s Day.

The Reuben is a standard menu item at Murphy’s Irish Pub near Penny Hill and Sully’s Irish Pub in Middletown. Sully’s even offers Reuben eggrolls. 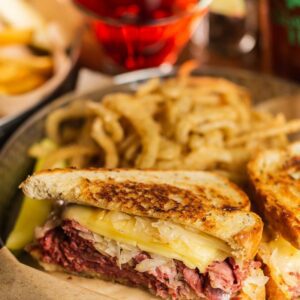 The North American invention is packed with flavor and texture regardless of origin. It’s salty, sweet, tangy, crunch and wonderfully gooey.

Some maintain that a true Reuben has corned beef and sauerkraut, and you can find it at Stanley’s Tavern in Brandywine Hundred and BBC Tavern and Grill in Greenville, both of which use Thousand Island dressing.

But restaurants take a lot of creative licenses, particularly with proteins. For instance, Crow Bar in Trolley Square uses five-day brined pastrami instead of corned beef.

Rosenfeld’s Jewish Delicatessen may have closed in Wilmington. However, the Rehoboth Beach location is still going strong, and there are eight takes on the Reuben, including Papa Joe, which pairs corned beef and pastrami. Mr. Potato Head uses a knish instead of bread for an open-faced take.

At Rosenfeld’s, diners can choose corned beef, pastrami or turkey. The latter is known as The Duncan at Arena’s Deli and Bar. But in most circles, a Reuben with turkey is a Rachel.

To be sure, many chefs opt for coleslaw instead of sauerkraut. Arena’s Deli and Bar, which has locations throughout Delaware, offers the Reuben’s Reuben, which layers both.

But one of the most innovative interpretations is at Ulysses American Gastropub in north Wilmington, home of the blackened catfish Reuben with chipotle slaw. (The menu also includes a smoked corned beef Reuben.)

For the most part, a Reuben costs around $15 to $19. However, you don’t need to break the bank and your diet to enjoy one.

At Capriotti’s, a small Capastrami — the sub version of the sandwich — is under $12, and Arby’s now has a Reuben with corned beef.

Do they make the grade? It’s a matter of opinion since the great Reuben debate shows no sign of stopping anytime soon.