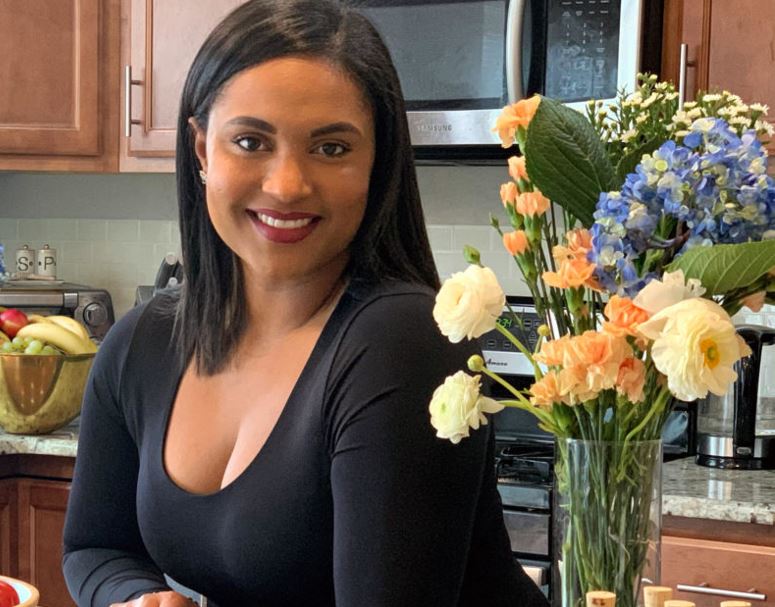 Global traditions and family history inspire the hand-crafted seasoning blends that Delaware’s Blair Danovich will be selling at this weekend’s Hagley Museum and Library Craft Fair.

Danovich’s Cook Awesome Food’s seven blends follow “the principle that traditional global flavors should be accessible to everyone in their highest quality form and as fresh as possible,” she said.

The West Chester, Pennsylvania, company will be one of 70 vendors at Hagley’s Craft Fair on Oct. 16 and 17. You can find Danovich in the Specialty Foods Market located at the Soda House.

She uses six different kinds of salt and a myriad of spices to get the flavor profile she’s looking for by buying whole ingredients and grinding them so they can be mixed prior to each event at which she sells her products.

The goal is for her blends to be the only seasoning you need to make a dish. For example, you can grow a spoonful of her Kingston blend into sauteed vegetables, add chicken, potatoes and chicken stock and never need another seasoning.

“The name is meant to involve the overall flavor profile,” said Dennis Danovich’s husband. While Cook Awesome Food is Blair’s baby, as a former chef he helps her and attends events to answer cooking questions. The couple live in North Wilmington.

Blair Danovich comes from an Indo-Jamaican family with a history of making their livings in the food industry. Her grandmother, who died when Blair was young, ran a Jamaican restaurant on Old Baltimore Pike, and her uncle ran several Jamaican Jerk restaurants in Canada.

She found founded Cook Awesome Foods in 2017 as a way to honor the family tradition without going into the restaurant business.

“The idea was really about bringing in her cultural heritage and family history with food and making things like that accessible to home cooks,” Dennis Danovich said. “I think everybody has a lot of seasonings and spices in their cabinets that tend to collect dust because they don’t know what to do with them.”

The hardest part of founding the company was finding salts and other spices that were high quality, but also grown and harvested ethically, he said.

The products include smoked salts from France, a French gray sea salt and Sicilian Sea Salt.

It took Blair two years of experimenting before she liked the Ochi blend well enough to add it to their line, which is now sold all over the country thanks to their website.

The company has a permanent spot at the West Chester Growers Market.

Many of their sales come at craft and food specialty fairs. The Hagley fair will be their third in Delaware, following Winterthur’s Artisan Market in June and the Brandywine Art Festival last month.

Blair grinds and blends her spices at Artisan Exchange, a commercial kitchen space in West Chester.

During summer, the Bourbon County and Ochi, which can be used for grilling, were popular.

The winter favorite is Stockbridge.

“It’s Thanksgiving in a bag,” he said. “You open it up and it really does smell like Thanksgiving.”

While it contains thyme, rosemary and garlic, it also has oakwood smoked salt, coriander, ginger and mace. Customers use it on poultry, but also on salmon, roasting potatoes and lamb, he said.

“As soon as the weather cools down, sales of Stockbridge go up,” he said.

For more than 40 years, Hagley has brought artisans from around the Mid-Atlantic area for its craft fair.

New this year is an All-In-One Admission, which allows craft fair attendees to also go on the Historic Home and Garden Tour. In the past, craft fair and tour tickets were sold separately.

Tickets purchased in advance online are $5 per person for anyone 6 or older, and $7 at the gates. The fair is open Saturday from 10 am. to 5 p.m. and Sunday from 10 a.m. to 4 p.m. Guests should enter the property using the Buck Road entrance. Face masks will be required for indoor vendors and shuttle rides.

Some vendors traditionally sell out, said spokeswoman Laura Jury. Among them are Naturally Yours Gourds, Mojo’s Popcorn and Waggies by Maggie & Friends.

Waggies by Maggie & Friends was founded in 2007 by Leigh Corrigan and Mary Ann Nolan with their two daughters Maggie and Elizabeth. The company’s mission includes making all-natural treats for furry friends, but also creating a safe work haven for individuals with intellectual disabilities. The company’s booth will be in the overflow lot.

Joining Hagley’s Craft Fair for the first time this year is vendor Eric Zippe Fine Art, which features photographs. Born into a farm family from New Castle, Zippe finds  beauty in the outside world around him. He has combined skills in photography and fine arts to make masterpieces for clients like Budweiser and Mercedes Benz in a career he describe as electic.

“I have spent many hours and traveled many miles honing my talents” says Zippe. What drives his passion, though, he said, are the reaction and connection viewers have to the artwork. His booth will be in the Soda House parking lot.