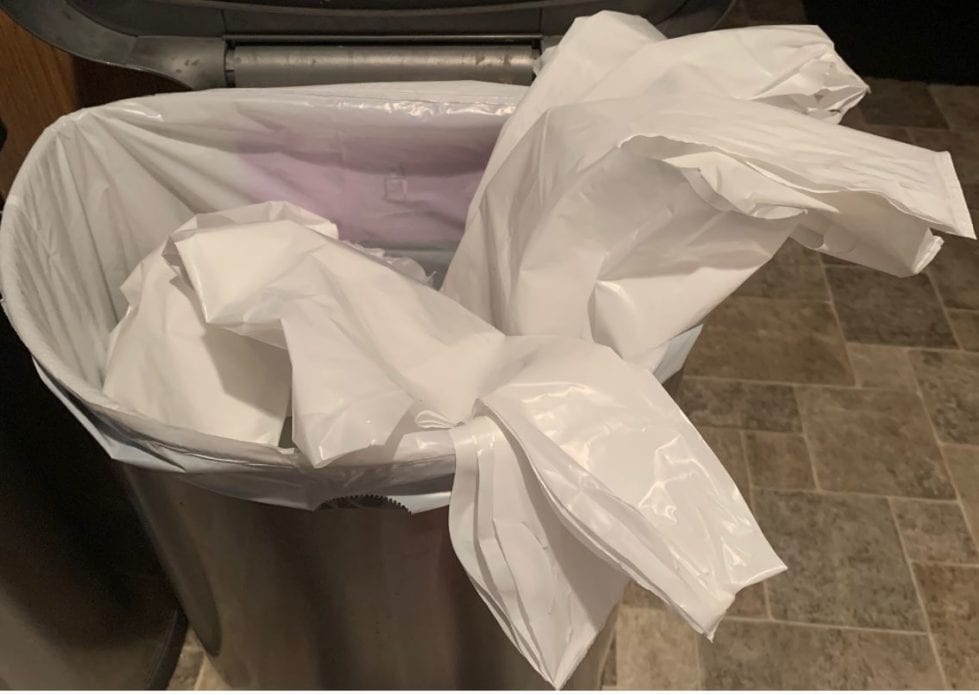 Legislators say people are not reusing the new thicker plastic bags given away at grocery stores.

Dismayed that people don’t seem to be reusing the thicker plastic bags now allowed for retail stores, the Delaware House of Representatives on Wednesday voted to ban retail establishments from providing plastic bags.

It will update the new bag rule that went into effect Jan. 1, that required large retail stories to stop giving away flimsy plastic bags and begin dealing heftier bags designed to be reused. Most small stores had been allowed to continue using thinner bags.

Stores responded by once again offering paper bags but also heftier plastic ones designed to be used up to 125 times, as required by the new rule.

However, Rep. Eric Morrison, D-Glasgow, told the House that shortly after he took office after being elected in November, he went to his local grocery store and was infuriated to see the heftier plastic bags being used.

“I was walking out and in the trash can in the lobby hanging out was one of those bags,” he said.

He was so angry he immediately texted House Majority Leader Valerie Longhurst, D-Bear.

“I was like ‘we’ve got to do something about this,’ ” Morrison said. “So we got on the phone and all this started.”

“Most likely at that point, we will not provide bags for free,” she said. “Most likely they will be a fee for for all bags.”

Customers haven’t even had a chance to get used to the Jan. 1 change, which began was COVID-19 cases were once again skyrocketing. She believes paper bags are even worse for the environment because they take so much fuel to make and transport.

“Retailers are great stewards of the environment and we’re certainly all for recycling and reuse,” Wenger said, “but this is going to put folks into a difficult situation. Paper bags are going to be more costly for consumers and reusable bags are much more costly for customers.”

The original version of House Bill 212, sponsored by Rep. Gerald Brady, D-Wilmington, would have required an even thicker bag than the ones being provided now, but the amendment wiped out references to plastic bags.

The bill that passed said stores should offer a reusable bag made of a durable fabric such as polypropylene fabric, nylon, cloth, cotton, jute, hemp product or another washable fabric, and that bag must have stitched handles. Hemp, the bill pointed out, is a growing industry and a biodegradable, renewable resource.

A few plastic products are still allowed, including bags for dry cleaning, food packaging and plastic bags used by customers to wrap uncooked meat or stash produce or bulk items such as nuts and grains. Stores may continuing selling plastic bags for trash, dog poopy patrol and more.

One section of the bill says that stores may still offer paper bags for sale or to give away.

Ward said it was hard to predict what Acme will offer. The chain is always looking at options, she said, to try to get the cheapest prices for customers.

Both plastic and paper bags, which often come from overseas, were expensive, difficult to find and didn’t always arrive as expected, she said.

“So it’s kind of hard to say what that’s going to look like in the future,” Ward said. “But what we can definitely say is that there is still a paper bag shortage. And you know, the more plastic bag bans going into effect, the heavier that it’s going to be on the paper bag industry.”

Wenger said the shortage has been caused partly because businesses didn’t have employees in offices and schools didn’t have students. That meant a huge reduction in the recycling of paper, often used for paper bags.

The introduction of the bill on the House floor Wednesday sparked a hefty discussion and sometimes heated conversation that once again included Speaker of the House Pete Schwartzkopf, D-Rehoboth Beach, trying to rein in an irate Rep. John Kowalko, D-Newark. Kowalko was incensed about Republican claims about the superiority of recycling in the United States compared to the rest of the world.

The bill was sent to the Senate, where it passed the Environment & Energy Committee with 3 favorable, 1 unfavorable vote.

This session of the General Asssembly ends Wednesday, but there’s time for the bill to be approved by the Senate and make it to Carney’s desk.