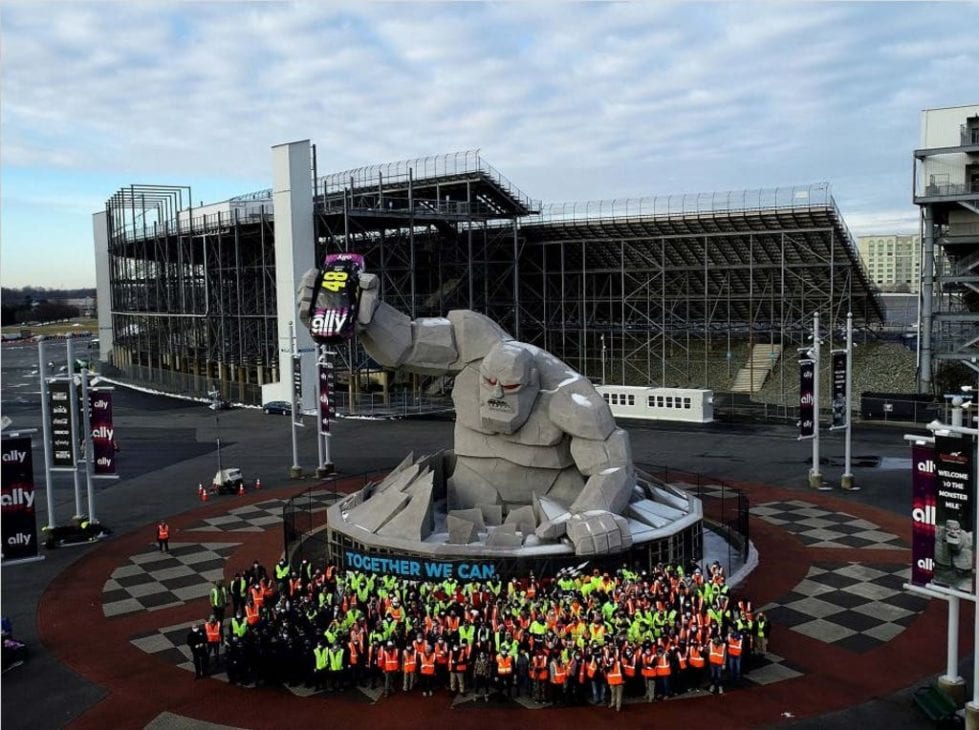 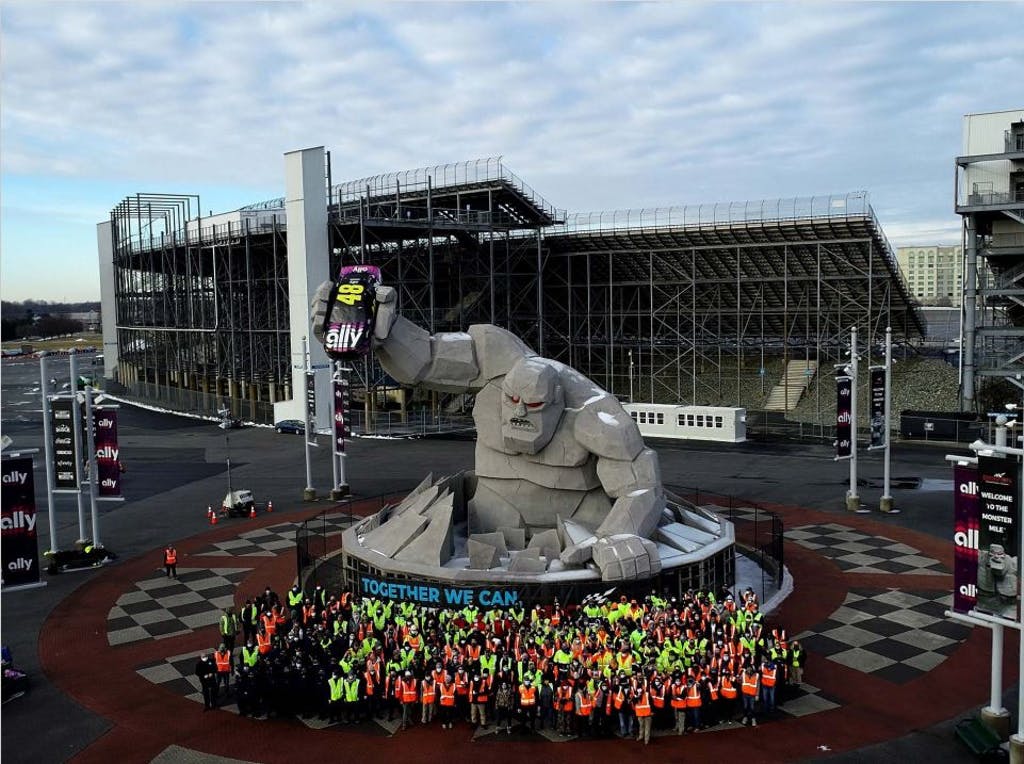 People helping run the mass vaccination event all week at the Dover speedway gather under the Monster.

As new Delaware COVID-19 cases and hospitalizations continue to drop, state officials say they are doubling down on a commitment to equitable distribution of the life-saving shots.

“Our overall objective for vaccination is what we call ‘fast and fair,’” Gov. John Carney said, “ a term that I borrowed from my good friend Gov. (Roy) Cooper down in North Carolina. In two words it explains our approach: Getting out as many vaccines as we can as fast as we can and as equitably as we can.”

That means finding ways to distribute the vaccine to traditionally underserved communities throughout the state, including the poor, minorities, people who can’t travel and those without routine access to medical care.

The plan even embraces a mobile vaccination site such as the CarePortMD “Vax Machine,” a bus that will begin making rounds Wednesday to vaccinate people. Its first stop will be at Rose Hill Community Center in New Castle. It’s expected to vaccinate about 200 people there.

One of the reasons the state wants to offer the vaccine at community centers is so people in the neighborhood can easily get to it, instead of having to find a ride to mass vaccination event that could be in another county.

DPH will also continue their partnership with Curative for vaccination pop-up sites such as the one on Terry Campus, while using the company for testing.

Right now, Curative testing sites are only serving those 65 and older, who are being given appointments through the state’s registry. Of the 123,000 people older than 65 who asked for appointments, 50,000 have been vaccinated with  thousands of those starting to get their second doses now.

Soon, Rattay said, Curative sites will open appointment slots set aside for those in underserved communities.

The state will be using data, focus groups who can talk about issues within communities, such as the disabled, engagement through community groups such as the Latin America Community Center, and a multilingual toolkit as part of its campaign to vaccinate as many people as possible.

This multilingual toolkit contains fliers and information on the vaccine in Arabic, Chinese, English, Haitian Creole, Spanish and Vietnamese. It also includes information available to those who are visually impaired.

While the state is focusing on older people, Rattay noted the state has held clinics dedicated to teachers and child care workers for their first vaccine shots. Those groups are in phase 1B.

A.J. Schall, director of the Delaware Emergency Management Agency, said the FEMA drive-thru vaccination clinic in Dover was running so smoothly, the state was able to add thousands of extra appointments for people to get second doses.

Any Delaware resident or person who considers Delaware their medical home who got a vaccine from any location in Delaware on or before Jan. 22, can sign up for a slot. It does not matter whether the first shot came from a state event, pharmacy, medical provider, clinic or another place, but it had to have been in Delaware.

Schall said the state wanted to take advantage of all the help that FEMA and the others partners are providing in the event, which was expected to vaccinate up to 18,000 people, before additional appointments were added.

As of Tuesday, 182,427 doses of vaccine have been administered in the state of Delaware, some of those second shots.

The state is seeing 272 new cases per day over a 7-day moving average and a 4.7% of tests coming back positive. Carney noted that tested was under the 5% mark he hoped for, and that in summer, there were only 100 new cases a day.

There are currently 181 hospitalizations due to COVID-19 in the state of Delaware.

The state is still averaging tests in the 35,000 to 45,000 range each week, sometimes higher depending on the weather. Health officials want people to continue being tested so they can spot outbreaks and try to quell them.