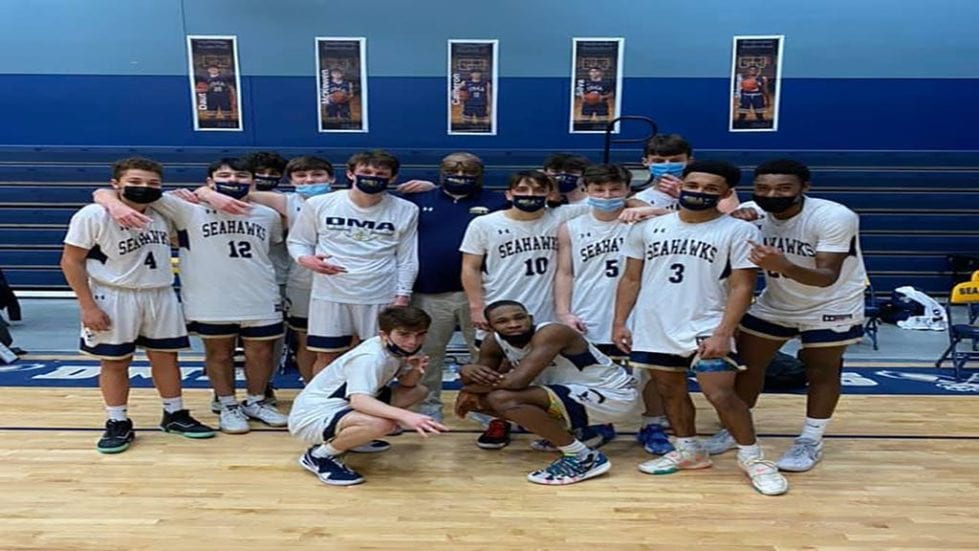 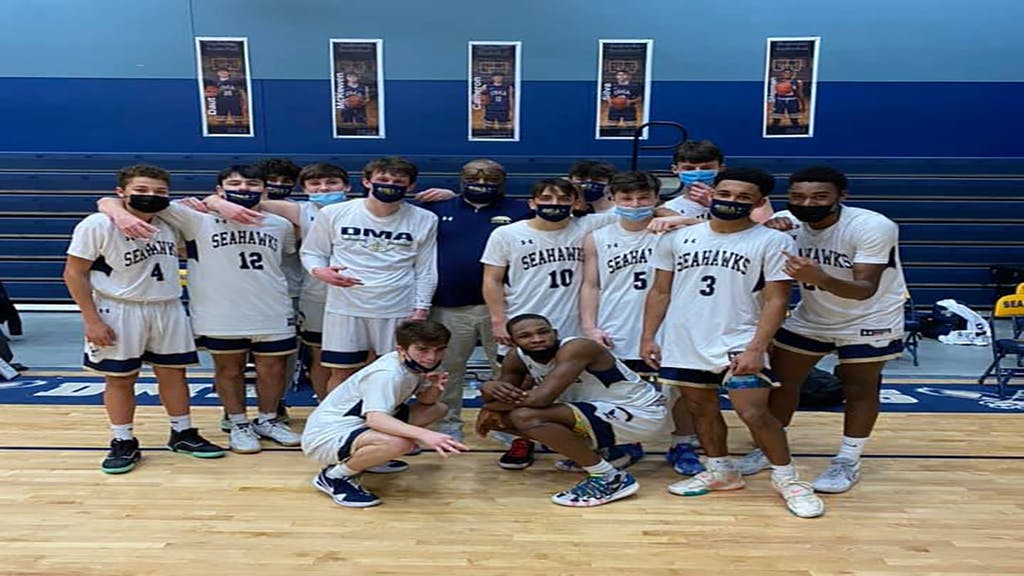 Phil Hill with his DMA Basketball team after his last game

Longtime basketball Coach Phil Hill of Delaware Military Academy is walking off the court after 37 years on the hardwood.

Hill this year led DMA to a first round playoff win over Newark Charter before suffering a close defeat to Caravel in the second round of the DIAA open bracket tournament.

His love of coaching basketball started when he was an 18-year-old senior at Salesianum School and asked to help out at his alma mater St. Anthony grade school.

Hill attributes his love for coaching and involvement in sports to his father.

“He always wanted me and my brother to be active in what we did,” Hill said. “It was playing a lot of sports continuously with a lot of friends and family back in those Little Italy days.”

Hill, 56, came to DMA in 2012 as an assistant under head coach John Raymond, who asked him to help out after years coaching grade school and AAU basketball.

He was asked to take over just for the season.

“They didn’t have enough time to post the opening and had nobody waiting in the wings,” Hill said. He was asked to take over just for the season.

“And here we are nine years later and I’m finally hanging it up,” Hill said with a laugh. “I couldn’t be more thankful to DMA for giving me the opportunity.”

His students will take his lessons and teachings into their lives, said junior point guard Jordan Green. 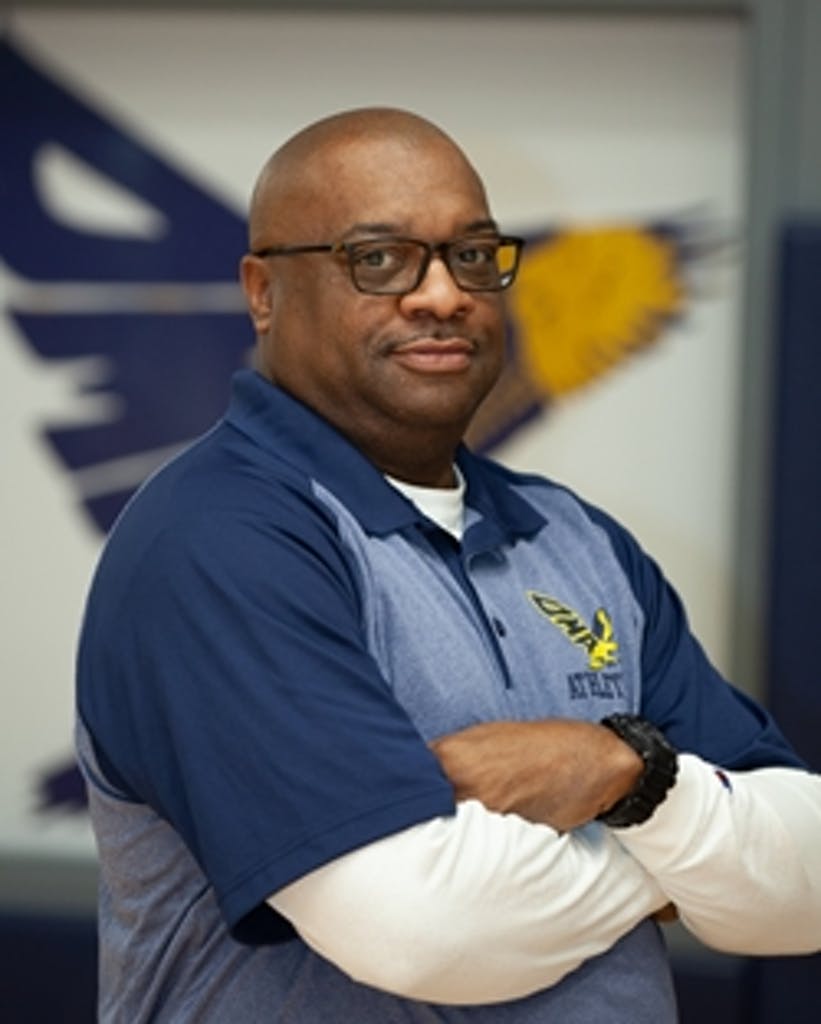 “Coach Phil was a good man always tying basketball into life and preparing us for the real world by pushing us harder, whether we were running sprints or shooting foul shots,” Green said. “But at the end of the day, we knew that if we needed him we could call on him, and for that reason it was a great experience to play for him.”

This past year’s DMA team will hold a special place in Hill’s heart, even amidst all the COVID-19 difficulties. He praised his team and the Delaware Interscholastic Athletic Association as a whole for all their hard work just to get through the year.

“It was a lot of work and every boys and girls coach went through the same stuff,” he said.

Hill usually maintains a stern demeanor with his teams, but this one broke through that.

“This year’s team was like no other,” he said. “These kids opened up a whole other side of me … We really have some great boys and girls at DMA and  I’m really going to miss the kids.”

Hill praised the support and help he received from his longtime assistant coaches Franics “Pup” Pupillo and Jim Kane.

“I couldn’t have done it without their help,” he said.

Hill won’t be far away, though. His daughter will be a freshman at DMA next year.

“I already promised  the referees you won’t hear anything from me this time around,” he said. “I just want to enjoy her four years of high school and just be a regular parent out there.”

Hill was a huge fan of this year’s open tournament.

“It was a Godsend. It gave every school a shot and something to play for,” Hill stated. “It was a great idea and I would like to see it moving forward into the future.”

DMA finished the year with an overall record of 10-6 and a win in the first round of the state tournament before a close loss to Caravel in the second round.

With the end of high school basketball, he’s been focused on March Madness. He thinks Gonzaga will take it all.

“They have all the tools and those young men play together,” Hill said. “It’s the best time of the year.”

Hill shared some tips for new and young coaches out there.

“Listen to your players, be stern but open-minded and patient,” he said. “In order for a program to get up and running, you need patience. You also have to have that fire to coach. If you don’t have it, you shouldn’t coach,” Hill said.

Listen to the full interview.

NCCo libraries to reopen April 12, starting 2½ days a week
If your mask fogs your glasses, then it's not fitting correctly, UD researchers say
As COVID cases pop up slightly and more UK variant is found, the state wants people to be tested
Delaware opens vaccine pipeline, but says it will follow federal pause on J&J shot