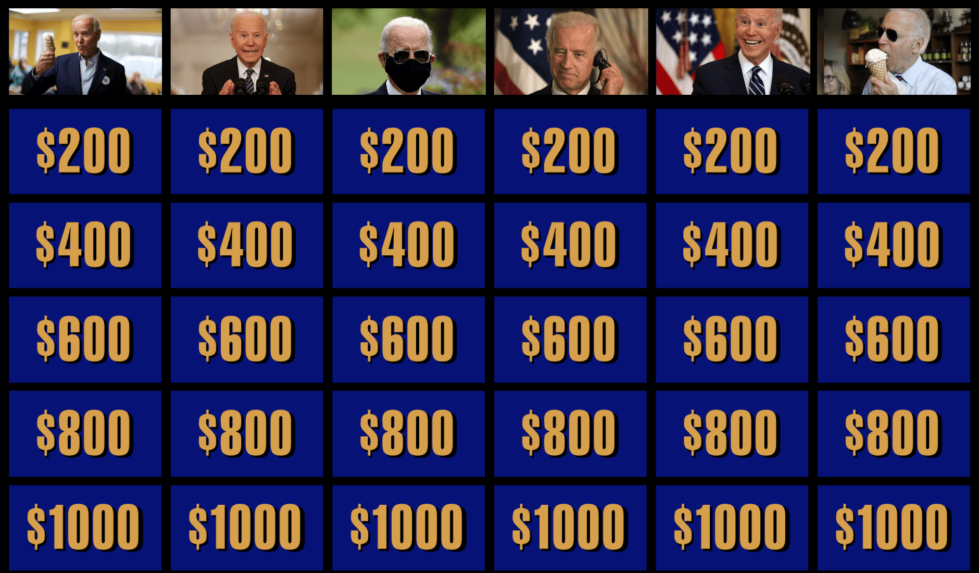 Strapped for cash? Delaware Democratic Party asking supporters to pay $46 to spend an hour and a half with them on Zoom.

Everybody in Delaware seems to have a Joe Biden story.

After all, voters in Delaware have had 52 years to get to know the current U.S. president.

You might have even seen him strolling down the boardwalk in Rehoboth with a chocolate chip ice cream cone in hand. That is, after all, his favorite flavor.

Now, you may be able to cash in on all that knowledge.

The Delaware Democratic Party is hosting a virtual Uncle Joe trivia night on Zoom this Wednesday evening as a fundraiser.

If you want to play along AND you think an hour and a half of Biden-themed Zoom trivia is worth much more, you can become a sponsor.

Individuals or companies who donate $300 “will be recognized at the event,” according to a promotional email.

Those who donate $500 get — wait for it — TWO shoutouts during the event; once before and once during.

And for those generous souls who are itching for a two-minute video or live spot during the Joe Biden trivia match, they’ll only have to fork over $1,000 to the Delaware Democratic Party.

If that’s a little more than pocket change for you 20-somethings, the Dems are offering a “young professional” discount for players under the age of 30: Play for $25.

But don’t expect to see the Big Guy himself. None of the press releases say he’s scheduled to appear.

Interested? Allow us to direct you to a cheat sheet. Just don’t copy the answers word for word — that might hit a bit too close to home.

And as for the grand prize?

You’ll win bragging rights, but that’s about it — nothing to sweeten your bank account.

Not even advance warning of Joe Jams, which could be the best prize of all.