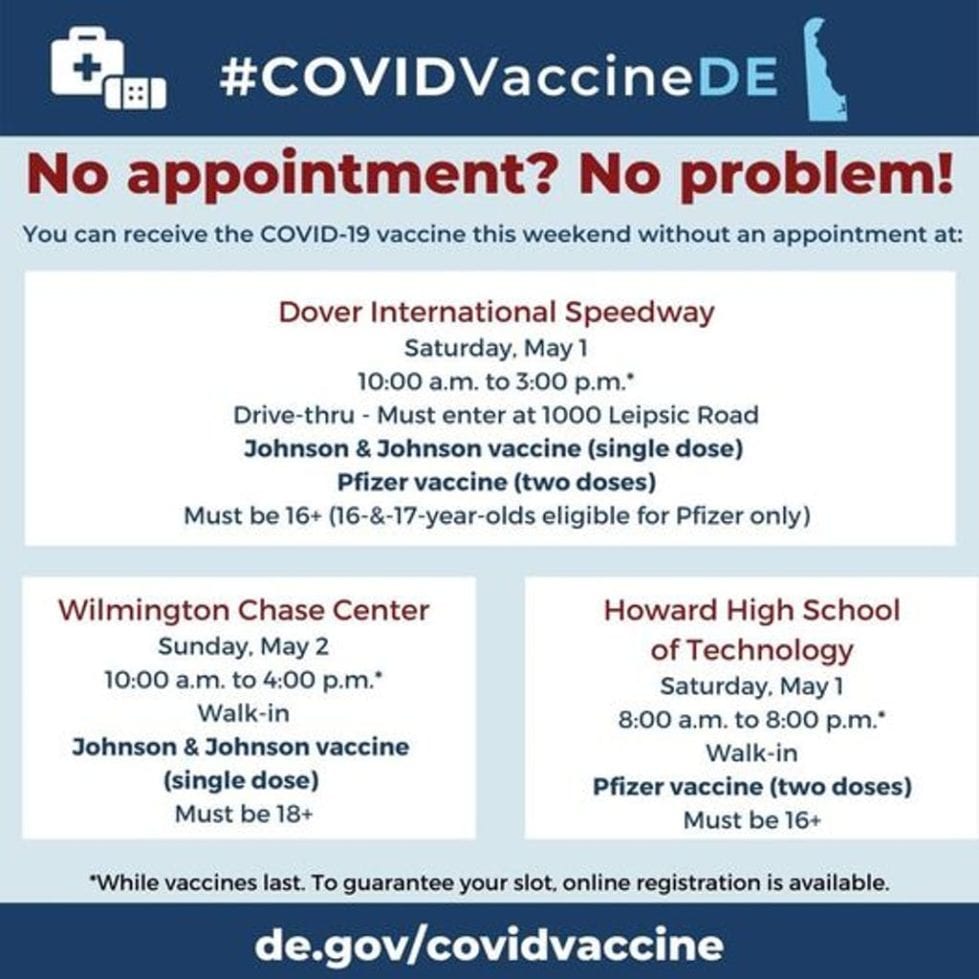 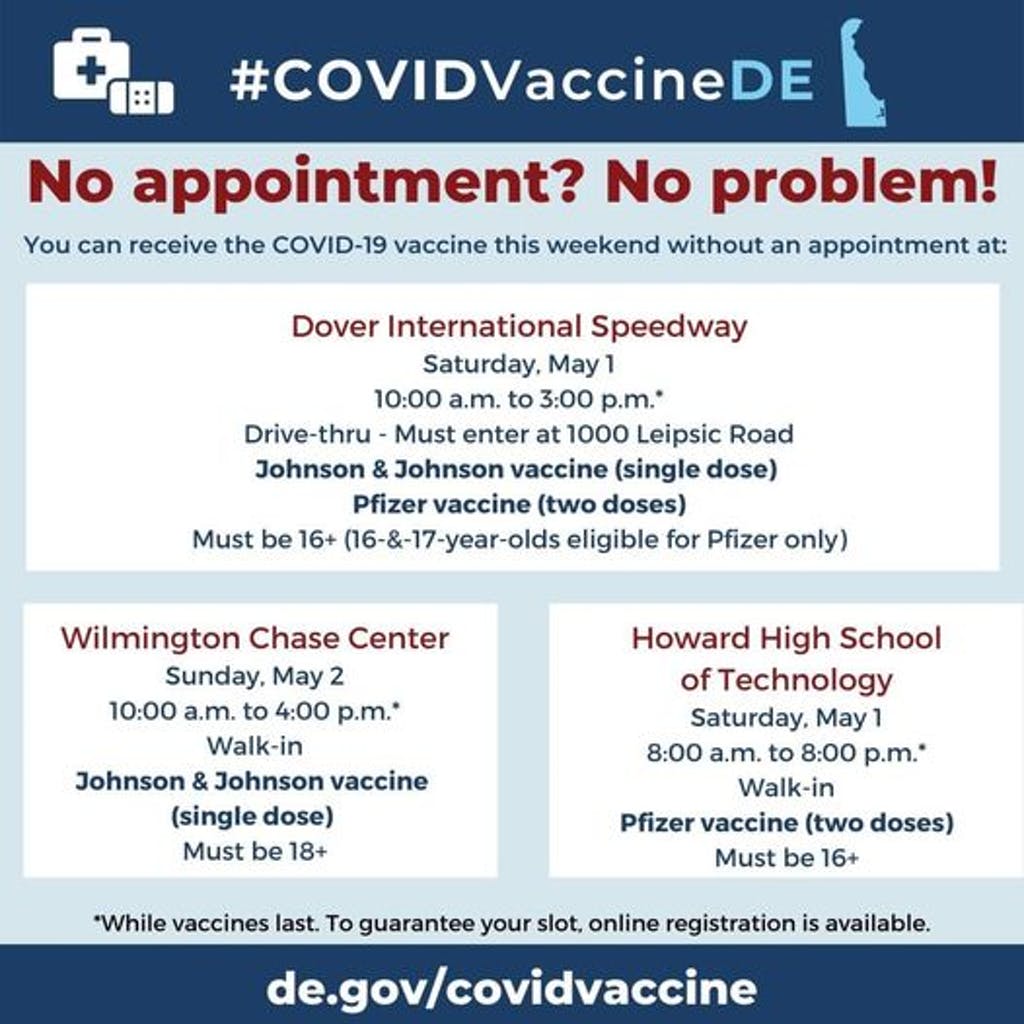 As the seven-day average of new positive cases continues to drop slowly, the state will open three walk-up/drive-up vaccine sites this weekend.

The average daily cases stood at 257.6 as of Thursday.  The percentage of people who test positive also dropped to 21.1%, and the percentage of tests that were positive dropped to 5.6%. The state wants that under 5%. The number of those hospitalized dropped two to 166, with 15 of those considered critical.

A higher percentage of the new cases are COVID variants believed to be more infectious. Random state lab checks have found 300 cases caused by the United Kingdom strain and 166 of the New York B.1.526 strain.

While walk-in/drive-up vaccines will be available Saturday, May 1, and Sunday, May 2, registering is the best way to be sure there is a vaccine for  you. The three sites are:

As of Friday morning, 747,571 doses of the vaccine had been administered.