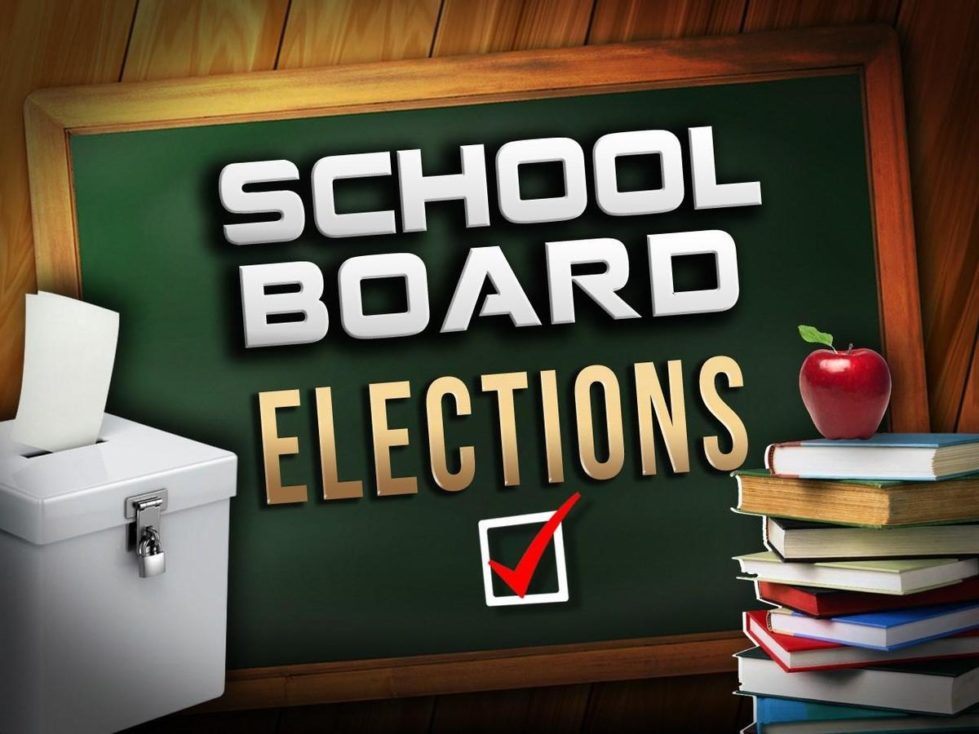 Republicans are going all in this year to support their candidates for school board elections that take place in three weeks.

The right-wing Patriots of Delaware this week sent out an email saying “it’s time to double down on the presser, Don’t let up because things are getting BETTER,” and asking people to sign up to help their candidates’ campaigns.

A group of organizations, such as the ACLU, the Delaware PTA, the NAACP and the Delaware Coalition Against Gun Violence on Tuesday will launch a series of six public forums about candidates running for New Castle County schools.

And here’s the kicker: Until recently, school board elections traditionally have been considered apolitical. Candidates don’t register by party. They register by school district.

Today, conservatives argue schools have not been transparent with what they are teaching. With COVID-19 forcing children to learn from home, parents have had more exposure to what their children were being taught – and they weren’t all happy about it.

They are upset over critical race theory, which teaches that America is racist at the core of its laws and institutions.

They’re also upset with a perceived increase in education on sexuality and gender identity, particularly in elementary years, as well as transgender bathroom use and sports activities.

Jane Brady, chairwoman of the Delaware State Republican Party, boiled the GOP’s battleground issues in the upcoming elections down to one theme: a parent’s right to know.

At the same time, progressives are pushing schools to expose students to systemic racism in America, as well as foster discussions about LGBTQ+ issues and making sure a school’s faculty represents the demographics of the community it serves.

“Our student population of color is not matched with our staff,” said Betty Wyatt, running for a seat in Lake Forest against DJ Silicato and Jake Martinez, “and we need to make a real effort to make sure that students sitting in a classroom see people who look like them.”

Mike Matthews, former president of the Delaware State Education Association, said the politicization of school boards doesn’t worry him because politics is involved in everything that goes on in the lives of educators and students.

“Who passes laws that impact the policies and salaries of educators? Politicians,” he wrote in a Facebook message to Delaware LIVE. “Who writes regulations and standards that educators are supposed to teach and students are expected to learn? Knowledgeable and experienced bureaucrats appointed by politicians. Who approves collective bargaining agreements between a district and the local union? Elected school board members.”

“I will tell you there’s only one party in the state today that has expressly endorsed candidates and it ain’t the Democratic Party,” he said.

There are 42 candidates campaigning across 16 different counties for the May 10 election. Thirteen districts have contested seats. Brandywine, Christina and Cape Henlopen each have an uncontested race.

A full list of all GOP candidates can be found here.

Brady said that most of the candidates need help just letting people know they’re Republican so they are aware of how they align to key issues like gender identity and race.

To that end, the party will have a “Super Saturday Day of Action” from 10 a.m. to 2 p.m. Saturday, April 23, so volunteers can meet candidates and help them campaign. They had a similar event on April 10.

The Patriots of Delaware email said the organization had put a lot of effort into encouraging candidates to run and now needs volunteers to help them. One of the easiest things people can do, the email said, is encourage people to attend one of their three meetings in the next two weeks.

It did not say who its candidates are and they are not listed on its website.

The Delaware State Education Association doesn’t endorse candidates, but its county groups do. Efforts were unsuccessful to reach them for comment.

Travis Williams, executive director of the Delaware State Democratic Party, said the party is not officially endorsing anyone. There is no mechanism for endorsing candidates unless it is a partisan race, which he said school board races are not supposed to be.

However, he said, the party is ramping up efforts to email and call Democratic voters to encourage them to show out to the polls in May.

Jill Itzkowitz, who chairs the League of Women Voters voting and elections initiatives, agreed that it can be hard to identify which side a candidate adheres to, said

The League has recently published an online voting guide for each school board race.

Itzkowitz said candidates are contacted several times to answer the same questions, and about  75% of candidates have responded to the prompts this year so far – a higher mark than in previous years, she said.

Smyrna School District is the only district where the League has received little to no responses from candidates this year, she said.

There’s an art to asking questions that help voters, Itzkowitz said. The League wants to get meaningful answers but doesn’t want to overwhelm candidates to the point they don’t respond.

A few years ago, they began by asking very specific questions on controversial issues: “What do you think about gun control,” for example.

Conservative candidates told them that the question was not properly phased.

“Then people with really diverse views sounded pretty similar and you couldn’t tell the difference between candidates,” Itzkowitz said.

This year, the League went back to the controversial questions so voters get a better sense of candidates’ positions on hot-topic issues such as book banning and systemic racism.

The six pivotal questions they chose were:

Del Farno said he wants to return schools to the basics of making sure their students learn and are prepared for life beyond the classroom. He is running against Marcus Wright.

Too much of the focus in schools has shifted from the students, Del Farno said.

A school’s only priorities should be ensuring the safety of their students in an environment that provides exceptional learning for the children – not pushing any political agendas, he said.

“Political parties have realized if the train of thought can be provided for children at a young age and the agendas of a political party can be instilled into students, then maybe their ideologies will carry over into adulthood,” said Del Farno.

Schools have a limited number of years to prepare students to become functional adults, said Del Farno, and time in school shouldn’t be wasted on anything outside of education.

“We need to refocus on allowing students and children to be taught how to think – and not what to think – so to remove any interpretation of activism in school,” he said. “We’ve already got enough to work on.”

Leonard, a former teacher in the district, agreed that schools need to get back to basics and get parents re-involved with their children’s schools. He is running against Ashley Sabo, Jim Casper and Jordan Edgerton.

Leonard and Del Farno also agree that attention has been taken away from children’s education and is influenced by national politics.

One such issue: Transgender students barred from playing sports. Leonard doesn’t think that is the right course of action.

“It doesn’t make sense to me that we’re focusing on those issues,” he said, “when there are so many other bigger issues to worry about, like the performance and success of our students.”

A lot of parents are misinformed by what they see on social media and the news and often don’t know what’s going on in schools, he said.

“When I was door-knocking a lot of people were shouting about how schools are teaching sex-ed in kindergarten,” he said. “That isn’t true. I don’t know where they get this, but it’s tough because  they’ve inherited these ideas for so long that the truth doesn’t matter anymore.”

Leonard also wants to address the disproportionality of discipline in Red Clay, saying that Black and Brown students are suspended and expelled at a much higher rate than White students.

“Instead of just using suspension and discipline as a rule, I’d like to get them help with their mental health, with counseling services, rather than just sending them home,” he said.

He’d also like to see teachers, who are on education’s front lines, play a larger role in the district’s policymaking.

Casper, running for a seat in Red Clay, said he’s specifically not running as a Democrat or Republican in order to combat the politicization of school boards, but he did agree to be endorsed by the GOP and accept their help.

He is running against Leonard, Ashley Sabo and Jordan Edgerton.

“I’m really trying to run for two groups: parents, and the general taxpayer,” he said. “Whether that’s Democrat or Republican, I can’t say, but I’m really just trying to reach out to as many people as I can, and let them know that this election is important.”

Casper points to social media as a culprit responsible for bringing politics into education and turning every national issue into a local one.

“Fundamentally, the two sides just disagree on the way in which to bring up children and/or society at large, so it culminates all the way down to school boards,” he said.

Casper has been going door-to-door to make voters aware of the elections and the powers that school boards have, such as curriculum and budgeting decisions for the district.

A staggering amount of people have no clue that there are upcoming elections, he said.

“After the property reassessments that are going on in the state of Delaware, school boards across the state will have the ability to raise the school taxes up to 10% without a referendum or election,” he said, “and the people I’ve come across were not aware of that power.”

Getting the voters out

Itzkowitz hopes the League’s voting guide will help encourage a bigger voter turnout for the school board election.

Historically, only 10% or so of eligible voters show up to the polls on school board election day.

Itzkowitz said this number is alarming because the elections directly affect people’s children and their education, and subsequently the future of America.

The six school board public forums that will be livestreamed starting Tuesday, April 26, also are partially designed to raise voter interest. They will be:

Attendees will meet the candidates in their district and be able to ask them questions.

“At the local level, people really do have a lot of power and they make a lot of crucial decisions,” Itzkowitz said.