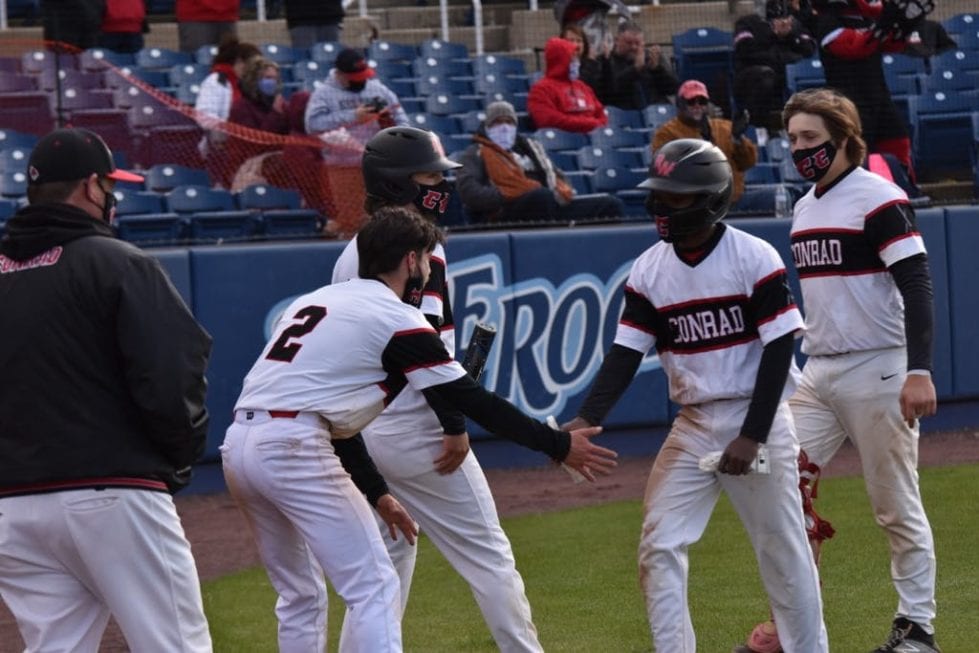 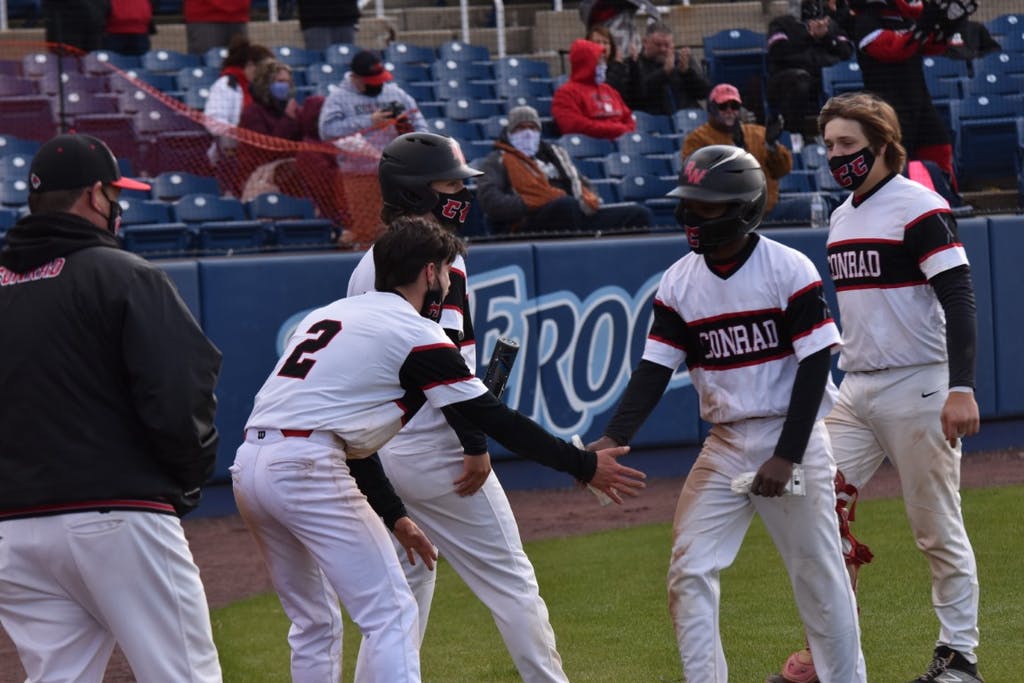 Conrad celebrating after scoring a run

Conrad was able to pull off 6-4 victory over the 5th ranked Salesianum Sals on a chilly Thursday afternoon at Frawley Stadium with timely hitting.

The Red Wolves got a strong pitching performance from Tyler Reinert who went 5 innings allowing 3 runs 2 were earned, 1 hit, and struck out 7. However the offense was key in the victory.

In the bottom of the first Conrad would get their first two batters on base as Tyler Pirrung singled up the middle and Jeremy Coleman laid down a nice bunt for an infield single. Jack Szczerba then ended a tough at bat with a high hopping ground ball that advanced both runners scoring Pirrung from 3rd.

Braedon Scherer hitting cleanup crushed a ball to the centerfield fence scoring Coleman as he cruised in with a standup triple giving Conrad a 2-1 lead in the first inning.

Salesianum got a couple of runs in the top 4th as they would take advantage of a couple of Conrad miscues tying the game up at 3-3. 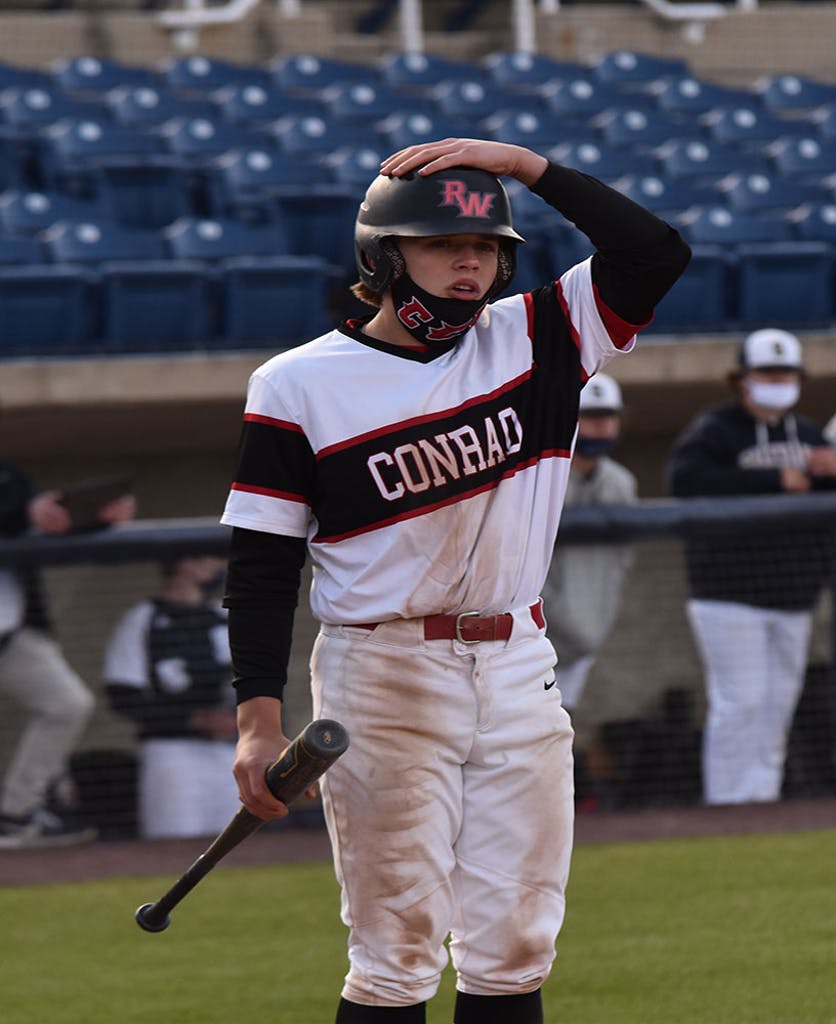 In the top of the 5th inning Conrad’s bats answered again. Coleman hit a line drive into left field that just missed being caught by a diving Ryan James from Salesianum. Szczerba then came through clutch again as he executed a great hit and run with a ground ball through the right side advancing Coleman to 3rd.

After a Scherer walk, Brett Walmsley hit a sac fly to right field scoring Coleman putting Conrad up 4-3. The Red Wolves added one more run in the inning as pinch runner Soloman Adullah crossed the plate on a pass ball making the score 5-3.

In the very next inning Conrad would use timely hitting again to solidify the win. Tyler Pirrung who was already 3-3 in the game found himself with an RBI opportunity with a runner on 2nd.

Pirrung would come away perfect from the plate going 4-4 as he singled to left field scoring pinch runner Wesley Mah who leaped over the glove of Salesianum catcher Luke Swift touching home plate safely making it 6-3.

Salesianum did add on another run in the top of the 7th inning as Zach Czarnecki hit a sacrifice fly scoring Brian Lang. Conrad’s closer Logan Myers was able to record the last out on a ground ball from Salesianums Ben Venema.

Salesianum was led by Conor Campbell who went 2 for 3 at  the plate.

Conrad with the win is now 5-3 on the season. They will face Wilmington Friends this Saturday April 24th 11:00am at Conrad Field at Ritchie Elementary

Salesianum drops to 4-3 on the season. They will face William Penn this Saturday April 24th 1:00pm at William Penn