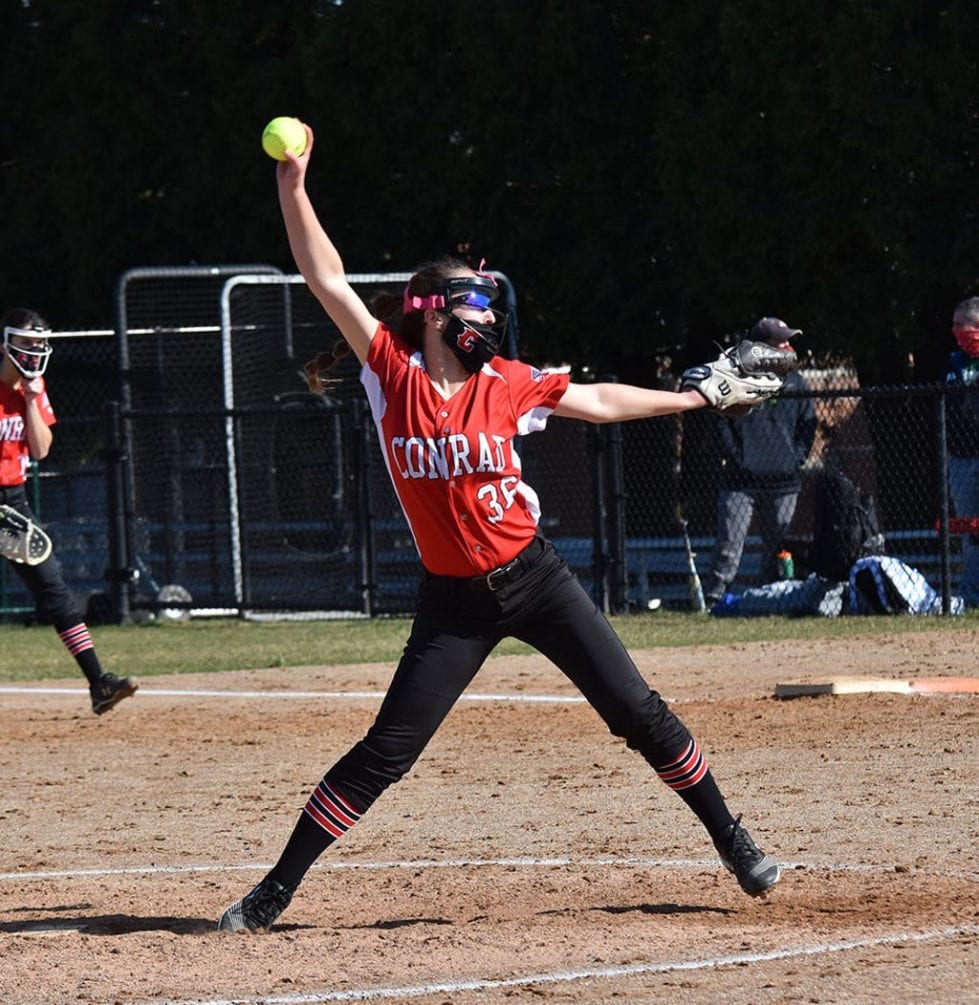 Conrad softball team in a huddle at the mound

The Red Wolves first three batters of the game reached base and score.

In the third inning Conrad added to their lead as Abigail Baldwin led off the bottom of the inning with an inside-the-park homerun, making the score 4-0. The very next inning the Red Wolves struck again when Morgan Jones hit a double down the right field line putting her in scoring position. She was knocked in as Brooke Jackson collected her second hit of the game, giving Conrad a 5-0 lead after 5 innings.

Mount Pleasant finally got on the scoreboard in the top of the 6th inning. Brianna Snover led the inning by reaching base on a single. She was then knocked in by Victoria Larson on a hit of her own, giving the Green Knights their first run of the game, 5-1.

With Larson on first base, Julia Levase would hit the second pitch of the at bat over the center field fence for a 2 run home run bringing the score to 5-3.

However, Conrad was not finished scoring.

In the bottom of the sixth Jones led off the inning with her second double of the game. She then was driven in by Brooke Jackson as she collected her third hit and RBI of the game.

Jackson scored on an error by Mount Pleasant, making the score 7-3, which was how the game ended. 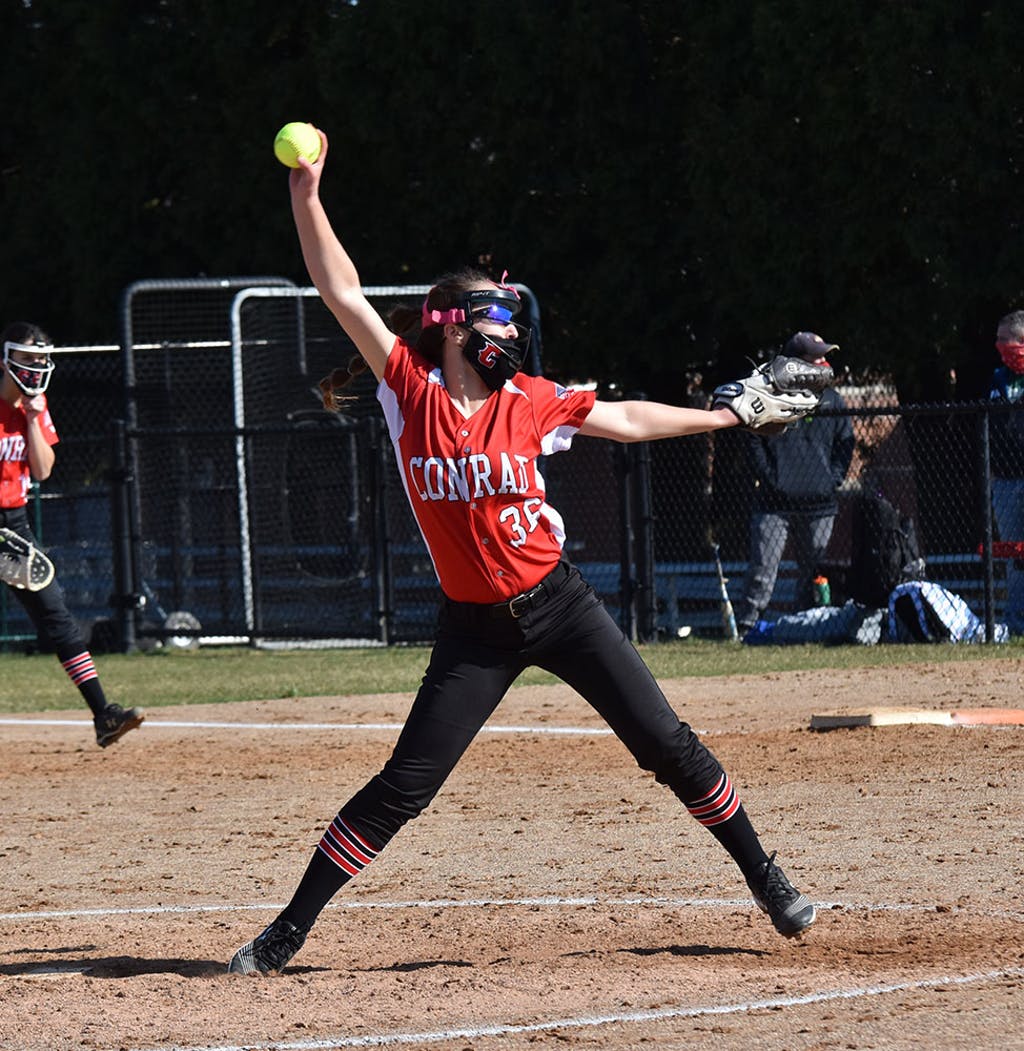 On the mound, Conrad was led by freshman Isabella McKee who pitched a complete game with 16 strikeouts,  giving up fpur hits while allowing three earned runs.

Conrad improves to 2-1 on the season and will face Newark Charter at home on Thursday, April 1  at 3:45 p.m.