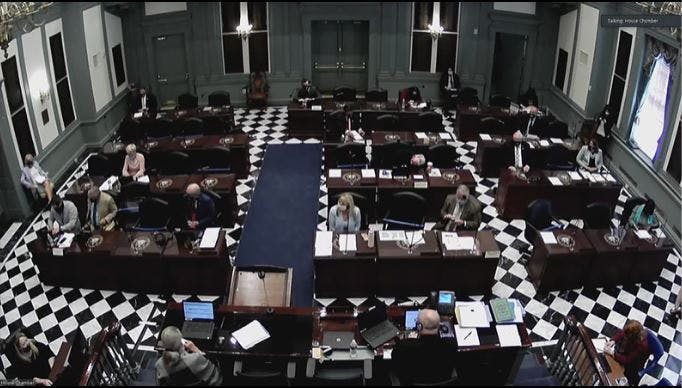 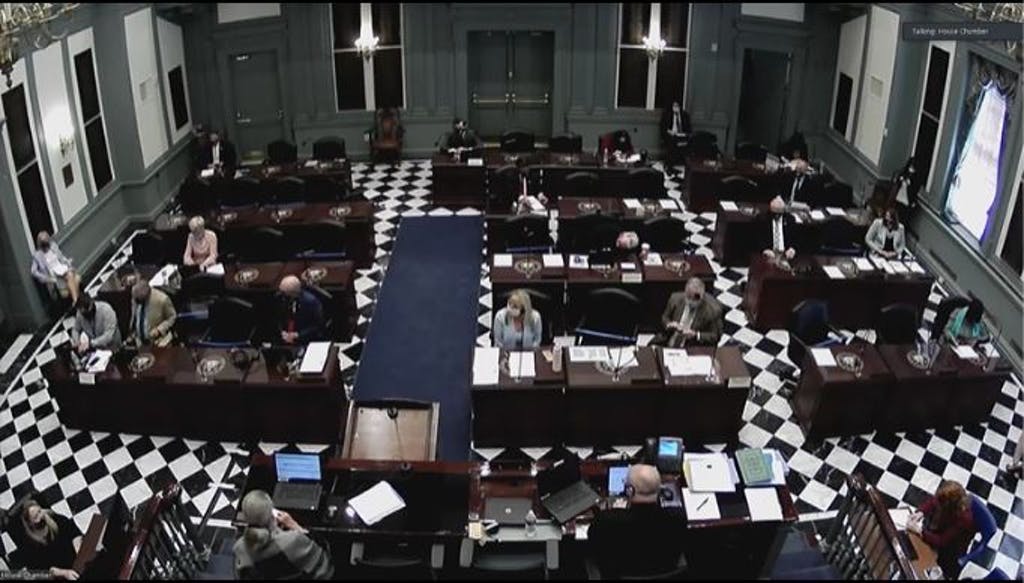 The Delaware House of Representatives was back on the floor at Legislative Hall Thursday for the first time since March 2020.

After an almost-comical clash of opinions during discussions on the floor of the Delaware House of Representatives, a bill that would abolish Delaware’s youth and training wage passed and is headed to the Senate.

If House Bill 88 becomes law, it will mean that employers can longer pay younger workers or new workers 50 cents an hour less for the first 90 days of their employment.

It’s sure to get a favorable vote in the Senate, where a supermajority of Democrats are pushing legislation to raise minimum wage to $15 an hour by Jan. 1, 2025. They see the two issues as aligned.

Although the legislation sponsored by Rep. Kim William, D-Newport, also seemed sure to pass the House, that didn’t stop Rep. John Kowalko, D-Newark, and Rep. Mike Ramone, R-Pike Creek South, and Speaker of the House Pete Schwartzkopf, D-Rehoboth Beach, from getting to loud verbal tangles.

At one point, Kowalko was repeatedly yelling “point of order! point of order!” while Ramone was talking about the genesis of the youth and training wage and Schwartzkopf was trying to keep the discussion on the bill and not on the minimum wage issue.

The bill passed along party lines, with Democrats voting aye and Republicans nay.

Williams and her supporters argue that paying teenagers or people starting out is unfair, discriminatory and sends a message that they are not as good as other people. Work is work, they said.

“We have a minimum wage of nine and a quarter an hour in this state, and we’re asking some folks to actually work for $8.75 per hour … that’s really a big slap in the face to hard-working,
everyday Americans,” said Rep. Eric Morrison, D-Glasgow.

Rep. Danny Short, R-Seaford, talked about going out to eat in Salisbury and how the restaurant was already paying higher wages than before the pandemic because it can’t get workers. He said the bill won’t help.

“We’re trying to provide the opportunity for restaurants to get back in business at full strength,” Short said. “I think we’ll see the outcome of this six, eight, 10, 12 months down
the road.”

Rep. Richard Collins, R-Millboro, said employers are taking a chance with every hire.

The bill has been assigned to the Senate Labor Committee, where it is on the May 19 agenda at 1 p.m.

Thursday marked the first day that the House of Representatives has been back in session on the floor in Legislative Hall since the March 2020 start of the COVID-19 pandemic.

The House had held a session with representatives Zooming in from their offices in Leg Hall, but on Thursday, they were in their floor desks a few feet apart and masked except for when they were speaking.

Matthew Stonebraker contributed to this report.