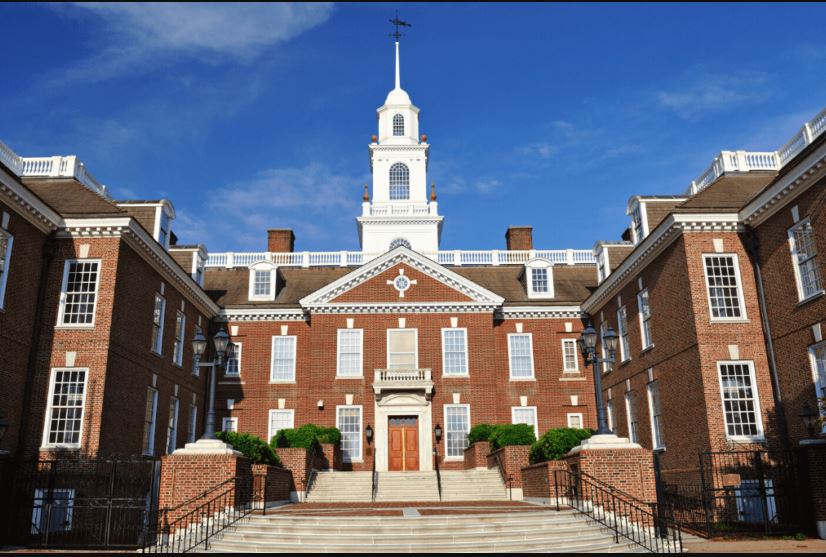 Three Delaware colleges and universities have asked the state for $120 million to fund construction of new buildings as well as deferred upkeep on older ones.

In testimony last week, the presidents of the University of Delaware, Delaware State University and Delaware Technical Community College asked the Joint Committee on Capital Improvement for money to take care of their campuses.

The committee creates the state Bond Bill, which includes money for new projects on a state and local level.

The committee will discuss requests from many agencies to create the Bond Bill and then present it to the General Assembly in early June.

Here’s what the schools asked for.

President Dennis Assanis requested $76.5 million in appropriations for three major projects at  the university, including $20 million for deferred maintenance.

The project that will get the largest piece of that pie – $50 million – is the $165 million Building X project, which will house labs and engineering facilities..

Building X will replace the McKinley Lab, which is already being torn down.

It will be an interdisciplinary facility organized around themes – human disease, neuroscience and human behavior – rather than departments to encourage people to collaborate, Assanis said.

Building X, which will likely be renamed upon construction, will have four teaching labs that will serve more than 1,000 students per year. It will also be the workplace of 48 research scientists.

Assanis also requested $6.5 million for a financial technology hub – also called FinTech – on the STAR campus. This money would help create state-of-the-art labs, which Assanis says will be critical to the state economy.

The university received $3 million from the Higher Education Economic Development Investment Fund to prepare the facility for occupancy this year.

He requested $20 million to help chip away at that.

The university used $1.2 million in state money to match a $7.5 million grant from the U.S. Department of Agriculture to construct its first new academic building since 2010.

The new Ag building is expected to break ground April 25. It will be located on the old baseball fields. The DSU team now practices at the downtown facility, which Allen said was nicer.

Part of this new money he asked for will go to Alumni stadium, which was originally built in 1957.

Allen praised the field, which is used for games and for graduation exercises, but told the committee that the 7,200 seats are severely outdated.

He would like to have at least 7,500 seats and upgrade the crowd space to reflect the growth of the university and its six sports teams.

“This ask is an important one that continues to drive our growth, matches our strategic plan and we believe it will serve not only our university community but the state of Delaware.” said Allen at the hearing.

He said that a 2014 study showed the university had $240 million in  deferred maintenance.

Today, they only have $81 million, he said, thanks to help from the state and the demolition of some buildings that were too old and costly to keep.

Of that, $9 million of that will be allocated to the Terry Building at the Dover campus. It is home to 11 allied health programs that provide workers throughout the state.

President Mark Brainerd points out 97% of DelTech students stay in the state to work and live.

Money will also be used to fix HVAC systems that haven’t been fixed in years, and to repair and upkeep existing buildings.

The governor amended Senate Bill 50 in 2019 to appropriate a minimum of about $10 million for five years so that the college could address $50 million of its $100 million in deferred maintenance.