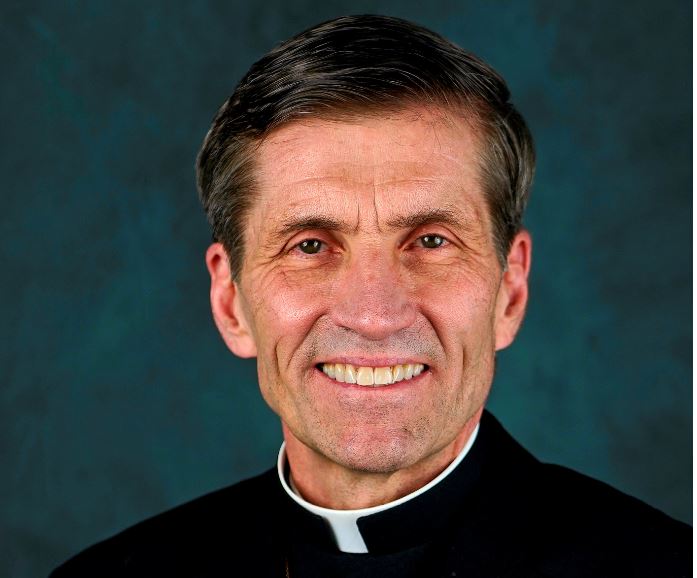 The incoming bishop of the Catholic Diocese of Wilmington will be ordained and installed on Sunday, June 13. in a ceremony that will be live-streamed from St. Elizabeth’s Church in Wilmington on the Diocesan YouTube channel.

The Rev. Monsignor William Edward Koenig, vicar for clergy for the Diocese of Rockville Centre, New York, was tapped as the 10th bishop of Wilmington on April 30, 2021.

He will succeed The Rev. W. Francis Malooly, who served since 2008, and tendered his resignation when he turned 70, following church tradition.

Roman Catholics are Delaware’s largest single faith group. The ordination Mass and installation is one of the church’s most elaborate and visual services, partly because of the number of priests, bishops and archbishops who attend, all decked out in celebratory attire.

Koenig will be ordained to the Order of Bishop by Archbishop William Lori, metropolitan archbishop of Baltimore.

It will be only the second time in history that an ordination of this type has taken place within the diocese, a press release said Wednesday.

The first was Bishop John J. Monaghan’s episcopal consecration by Cardinal Gibbons of Baltimore on May 9, 1897, at the Cathedral of Saint Peter in Wilmington.

All other Wilmington bishops were ordained to the Order outside of Delaware or Maryland’s Eastern Shore prior to being installed as Bishop of Wilmington.

In addition to Archbishop Lori, Malooly and Archbishop Christophe Pierre, apostolic nuncio to the United States, will attend along with 20 Catholic bishops and two Cardinals, the diocese said.

The ordination mass also will be live on the Catholic Faith Network serving New York, New Jersey and Connecticut, available on Roku, Apple TV, Amazon Fire TV, Android or the free CFN app. CFN will also be encoring the Mass at 8:00 pm that night.

Additionally, viewers throughout the  United States and Canada can watch a delayed broadcast on EWTN: Global Catholic Network, on Thursday, July 15, at 3 p.m.

The Catholic Diocese of Wilmington was established in 1868 and comprises 56 parishes, 18 missions and 27 schools serving Delaware and the nine counties of Maryland’s Eastern Shore.  There are over 240,000 Catholics in the diocese.

Information about Koening, Malooly and the diocese is available at www.cdow.org.