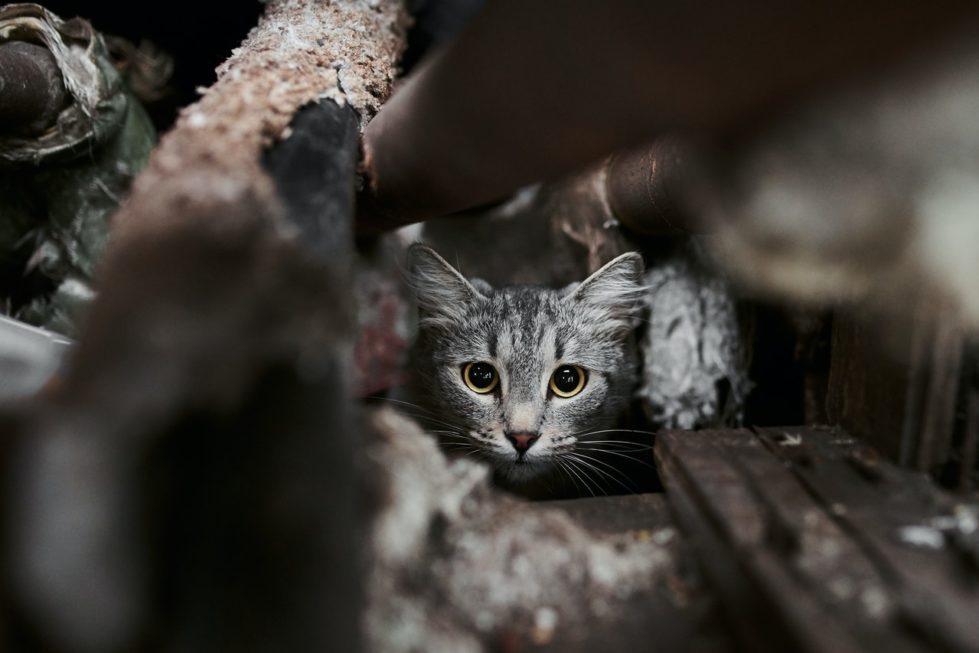 The latest animal in Delaware to test positive for rabies is a calico cat found near Battery Park in Old New Castle.

The cat, which appeared to live or spend time between West Ninth Street and West Third Street there, already is known to have come into contact with four people and a dog before testing positive Sept. 9.

The state would like anyone else may have been scratched, bitten or come in contact with the animal to call their doctor or the state rabies program.

The cat was orange, black and white, according to the Delaware Division of Public Health.

The people who came in contact with the cat have started treatment for rabies exposure.

Contact the state Rabies Program at 302-744-4995. Anyone in the area who thinks a stray cat might have bitten their pet should call their private veterinarian for examination, treatment and to report the exposure to the Delaware Department of Agriculture.

The state this year has found 13 animals with rabies: one dog, one raccoon, one skunk, one deer, one fox, three cats (including this one), and five bats. The state only announces cases in which humans could have been in contact with the animal.

Since Jan. 1, 2021, the Division of Public Health has performed rabies tests on 150 animals, 13 of which were confirmed to be rabid, which includes one dog, one raccoon, one skunk, one deer, one fox, three cats (including this one), and five bats. DPH only announces those rabies cases for which it is possible the animal had unknown contacts with additional humans or pets.

Rabies is an infectious disease affecting the nervous system of humans and other mammals. Infection can occur through the bite or scratch of an infected animal or if saliva from such an animal gets into the eyes, nose, mouth, or an opening in the skin.

Rabies in humans and animals cannot be cured once symptoms appear. Therefore, if a human has been exposed, and the animal is unavailable to be quarantined or tested, DPH recommends that people receive post-exposure prophylaxis (PEP) treatment, a series of four vaccinations, as a precautionary measure.

If you encounter a wild animal behaving aggressively, it is recommended you contact the Delaware Department of Natural Resources and Environmental Control’s (DNREC) Wildlife Section at 302-739-9912 or 302-735-3600.