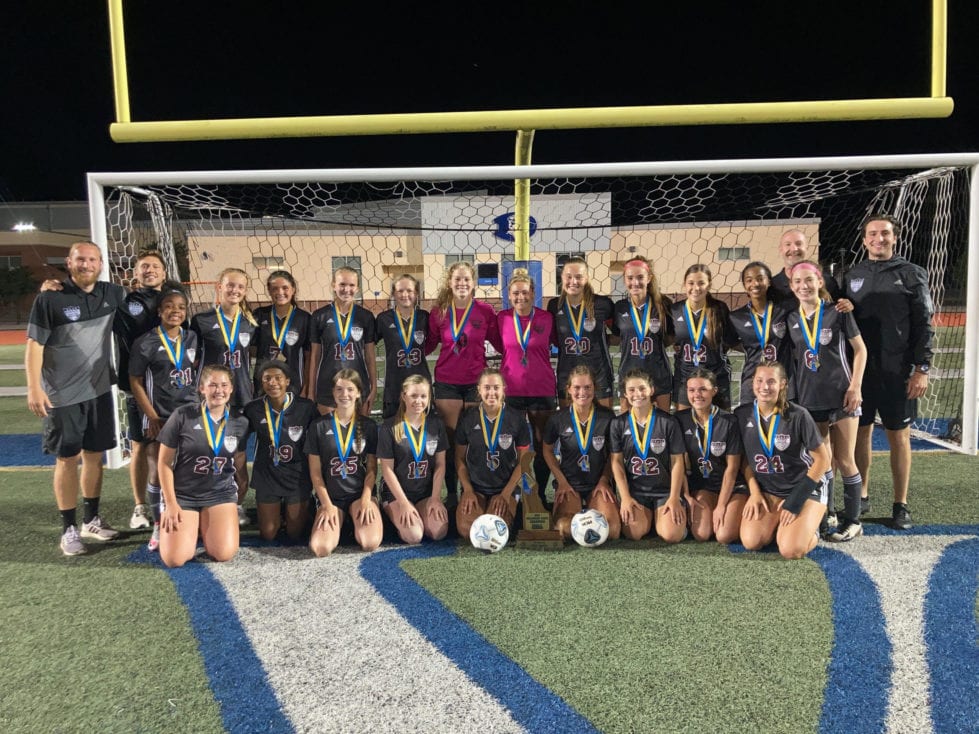 Caravel Academy was able to secure a 3-2 victory after a late surge from St Marks in the division II girls soccer state championship.

Neither team was able to score in the first quarter, but Caravel would make up for that as they scored two goals in the second quarter giving the Buccaneers a 2-0 half time lead. Olivia Csapo dumped a pass deep down the right side finding Anaya Price who put on a couple of nice moves, losing the defenders while she put a nice shot on goal. The shot was able to sneak in right through the legs of St Mark’s goaltender Marissa Cirillo.

Goal number two came just 7 minutes later. Gabriella Marte had a throw-in from the left side with a great throw she put the ball right in front of the goal. The ball was knocked around for a few seconds by both teams, but Caitlin St. Leger found the loose ball and knocked it in for the 2nd goal.

It wasn’t until the fourth quarter before the game saw another goal. St Leger was able to steal a loose ball off a goal kick. She took one dribble then launched a shot past Cirillo which proved to be the game winning goal as Caravel led 3-0.

St Marks didn’t give up though. They strike back with a late surge of goals. With just about 12 minutes left in the game the Spartans would get on the board. Off a corner kick Alyssa Ruggeri put a great header on goal. The rebound would come off right to the foot of Sophomore Kaileigh Brady giving St Mark’s their first goal of the game. Brady, the lone goal scorer for the Spartans found herself in the right position again with just about a minute to go in regulation. Madeline Schepers put a free kick on goal which Brady was able to control, then shoot making the score 3-2.