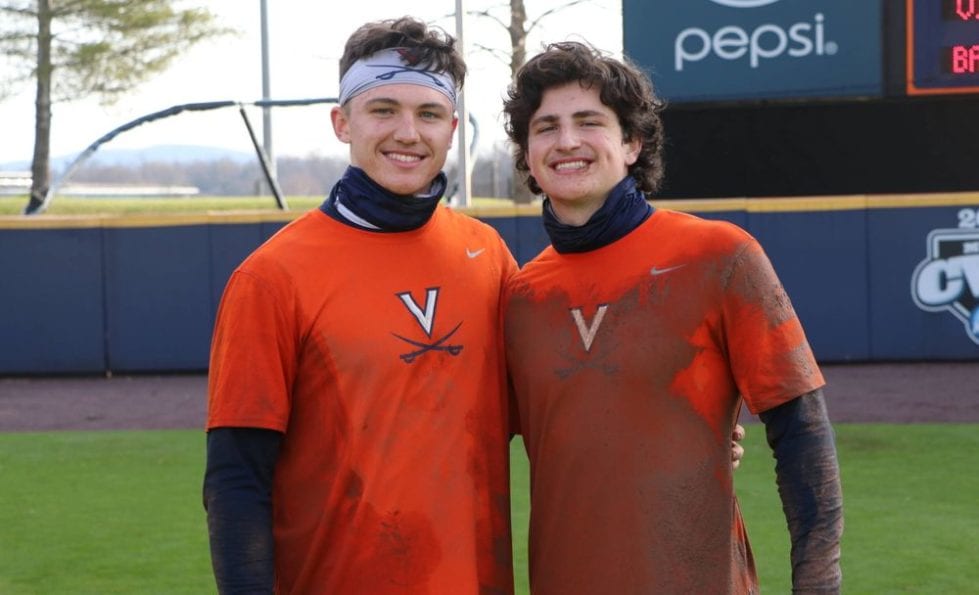 The University of Virginia baseball team has had its share of brothers play together thru the year, but never advancing to the college world series.

That’s what the Gelof brothers, from Rehoboth Beach, have achieved as they prepare for Thursday night’s elimination game against Texas (7 p.m. on the ESPN network).

Junior Zack Gelof and his brother, freshman Jake, start on the “corners” for the Cavaliers, one of only six teams remaining in this year’s tournament.

The two apparently played together for the last time at Cape Henlopen in the 2015 state championship game, but here they are playing for their “dream” team, which won the World Series that same year.

The brothers experienced the atmosphere in Omaha, Nebraska when Zack was just 14 years old. It was then that he decided to get a UVA tee shirt and root for the team that he wanted to play for after high school.

Zack has a career batting average of .317 at Virginia and has been “red hot” during the two series games with six hits in eight at-bats in a win over Tennessee and a one-run loss to Mississippi State. The 6-3, 205-pound junior has enjoyed a terrific season with 80 hits, 9 home runs and 41 RBIs.

Jake Gelof has started most of his freshman season with a .252 average, hitting 4 “dingers,” knocking in 15 and scoring 23 runs. He was 1-for-3 in the close loss to Mississippi State.

Their proud parents, Adam and Kelly, plus countless fans in the Diamond State will be watching Thursday night as UVA as the brothers play another game at TD Ameritrade Park in Omaha.

A win against the Texas Longhorns assures the Cavaliers, and these brothers, will get to play yet another game on the biggest stage in college baseball.

Number of COVID-19 cases continue to fall in Delaware
Popular farm stand, arts and cultural institutions cope with flooding aftermath
UD ramps up restrictions designed keep COVID cases from continuing to climb
Absentee ballot bill saved so it can be voted on again in 2022