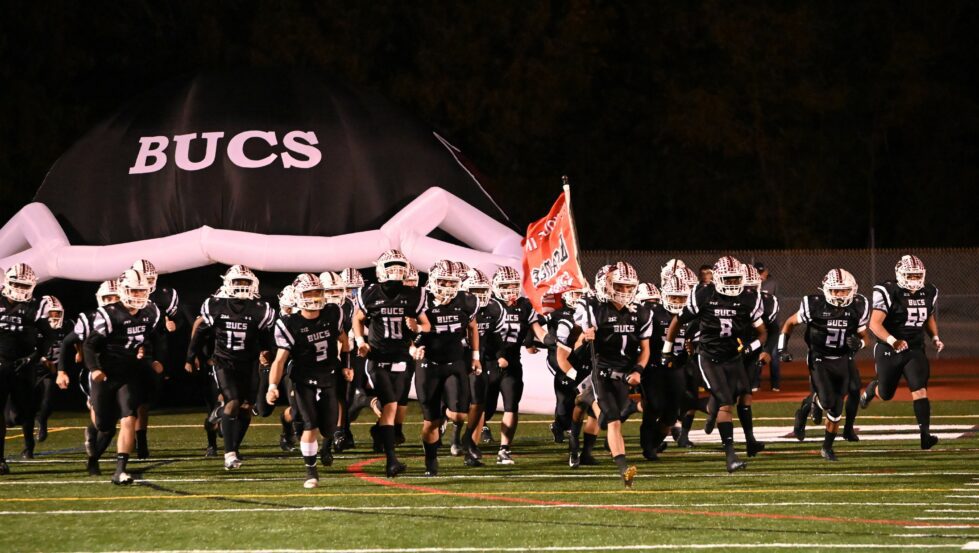 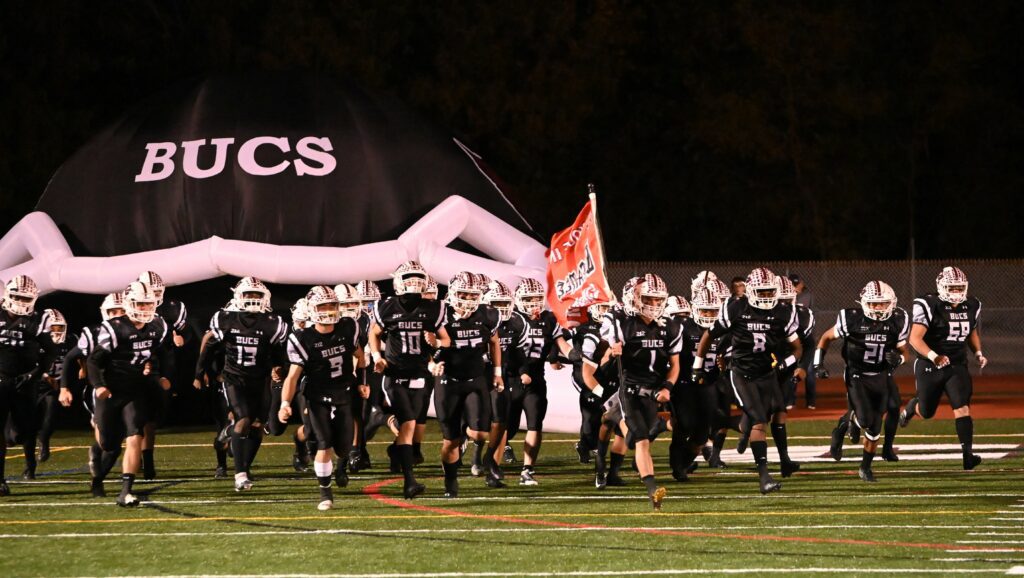 The Division II state championship game in 1989 was played at Dover High between Lake Forest and Caravel in an 18-14 Buccaneers win. Ironically, the two head coaches (Fred Johnson and John Reed) played against each other in that game, the 1st of four titles for Caravel. The two coaches reminisced about that game, that took place over 30 years ago, before the homecoming game last night at Bob Peoples Stadium. Reed’s Bucs entered the game allowing 5.8 points per game, while the Spartans were scoring over 38/game. Something had to “give” last night, and it was the Caravel defense that dominated the night.

In a game between two teams in our “Super-7” in district 3 of class AA, the 3rd ranked Caravel Buccaneers defense pitched its 3rd shutout of the season in a convincing 28-0 win on Homecoming Friday night.

Visiting Lake Forest gave the ball away twice in the opening quarter that led to 14 points for the Bucs. The first turnover occurred following a “three-and-out” on the Spartans initial drive. A high snap disrupted the timing on Johnson Oakley’s punt and Caravel blocked the kick, recovering at the Lake 16. Moments later, Craig Miller scored on a 5-yard run. Near the end of the quarter, the Spartans fumbled inside their own five yard line, giving the Bucs 1st and goal at the two. Miller took it in for his second TD and it was 14-0 with 11:56 left in the half. The Caravel defense held Lake to 78 yards of offense in the 1st half (28 rushing).

Caravel controlled the clock in the third quarter, as Miller scored his 3rd and 4th touchdowns of the night to give the Bucs a commanding 28-0 lead. The Spartans ventured beyond Caravel’s 20 yard line only one time and that was the final drive of the game.

It was the third shutout for the Buccaneers this season as their seven opponents have managed to score a total of 35 points (5 point average).

The Spartans best opportunity to score came in the final minutes as quarterback Jonathon Tyndall drove the team inside the Bucs 20 with his passing and running talents, but time expired on an incomplete pass to end the game.

Caravel has now won 11 straight regular season games and improved to 7-0, 4-0 in district 3. They travel to Delmar next Friday where a win will clinch the district title. The Bucs were led by Miller with 120 yards rushing. He scored all four touchdowns giving him 13 for the season. Teammate Trey Hamlin added 62 yards. The Caravel defense laid some outstanding “hard hits” all night long, most notably by Mekhi Carmon and  Ira Yates.

Lake falls to 5-2 (2-2 district 3) and will meet Woodbridge next week. Quarterback Tyndall completed 11 of his 18 pass attempts for 120 yards.