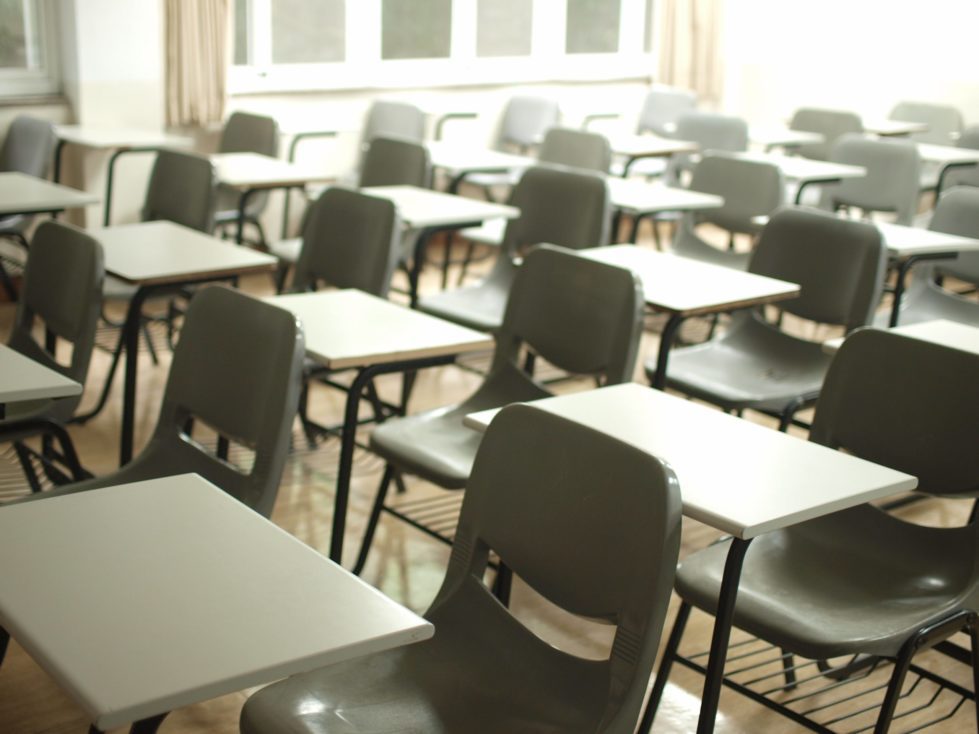 A Brandywine School District board meeting was canceled Monday night after numerous attendees refused to comply with the governor’s recent school mask mandate.

Nearly 40 minutes after the scheduled start-time, school board president John Skrobot III and superintendent Lincoln Hohler entered the room at Mount Pleasant Elementary School where they were instantly met with jeers and boos.

Audience members shouted statistics on mask efficacy and attempted to engage in debate with Skrobot and Hohler.

“This is not the way we conduct business in the Brandywine School District,” Hohler responded.

Skrobot said he would have loved to hear parents’ input during the public comment portion of the meeting, but that school district was obligated to abide by the state mandate requiring everyone inside school buildings to be masked.

“This is the governor’s decision and we respect that and we want to comply with that and create an environment that is safe for the public to attend,” Skrobot said.

Dr. Tanya Hettler, who has two children in the Brandywine School District, said she did wear a mask but those who didn’t were not told masks would be required.

Multiple attendees noted that Hettler did not wear a mask for the duration of the meeting. Photos on social media substantiated the claim.

The meeting details on the district website do include a notice that masks are required inside of school buildings.

Hettler is a former school board candidate who heads up a group called “Citizens for Brandywine School District.”

The social-media group, which has around 100 members, was established to object to the inclusion of critical race theory in the district’s curriculum.

Joe Connor also attended the meeting and said “It appears that there’s a group of people who can’t win elections that are now coming to school board meetings, basically to throw sand in the gears of how a school board works.”

Hettler believes that masks were used as an excuse to cancel what the school board knew would be a contentious meeting between the mask mandate and concerns over critical race theory.

Efforts to reach Skrobot and Hohler for comment Tuesday were not successful.

When Hettler arrived she noticed that the public comment portion of the meeting had been moved to the end of the agenda, which she believes was an attempt to convince people to leave.

She also noticed that the school board only allotted 30 minutes for the public comment portion of the meeting, which would allow only ten parents to voice their opinions if each used the full three minutes allowed.

Allan Benton, who also attended the meeting, said this was not unusual and that the board always allotts thirty minutes for public comment on the agenda but will allow it to go on for longer if necessary.

Hettler said school board members are usually seated in the front when the audience arrives, but wasn’t this time, Hettler said.

After 40 minutes, Hohler and Skrobot entered the room and took their seats.

They sat and told the crowd the meeting would be canceled because people weren’t wearing masks, she said.

Hettler said some parents asked why, since kids were there. Hohler responded that there were students in the room.

“I wondered if she was a child of a teacher who was asked to attend so that they could use that as an excuse for why they were going to cancel the meeting,” Hettler said.

According to parent Gwendolyn Henry, there were many children present. One of them was her son.

In a Facebook post on the Citizens for Brandywine School District group page, Henry said “last night’s meeting was horrible…My son who is 10 yrs old was there and they would not mask up.”

Efforts to reach Henry for comments Tuesday were not immediately successful.

Hettler said that the audience didn’t begin to disrupt the meeting until after Skrobot announced it would be canceled. Some started chanting, ‘Follow the science, masks don’t work.’”

Joe Connor attended the meeting and said that he didn’t think officials had any choice but to cancel the meeting.

“The district was faced with having 50 or 60y people in the room without masks who were vocal and angry — and two constables,” Connor said. “So when they got their ruling and it was clear these people weren’t going to put their masks on, I don’t think they had any other alternative than to cancel.”