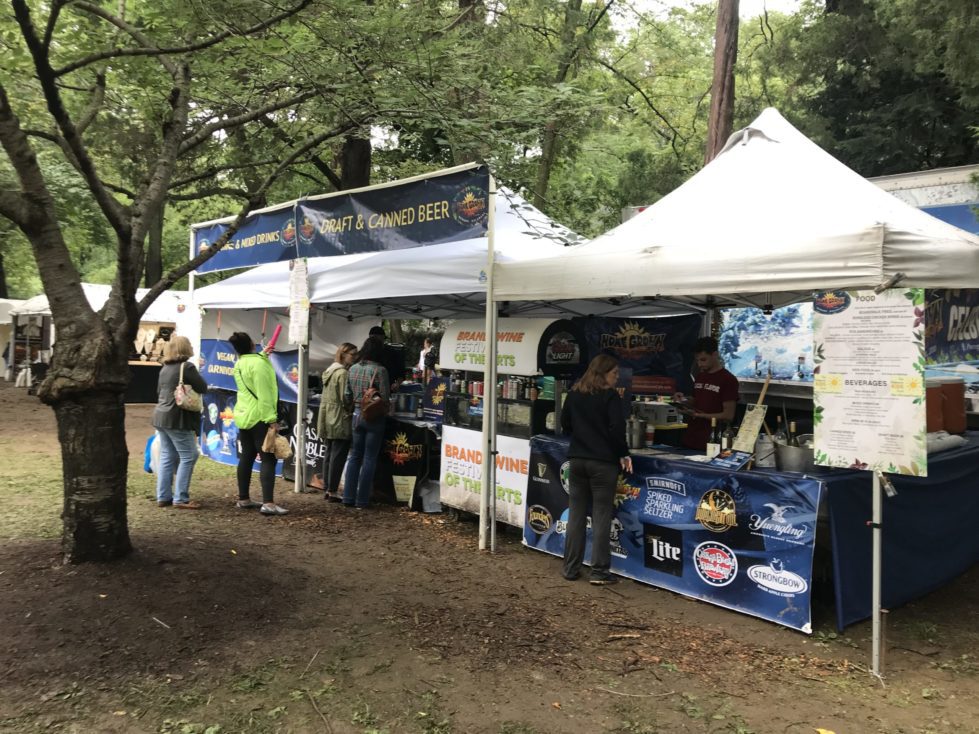 For more than 50 years, artists and collectors have celebrated autumn’s arrival at a Wilmington festival along the Brandywine River. This year is no different.

There will be more than 200 artists — a record number — at the Brandywine Park event. But as in recent years, the more than 15,000 visitors will come to eat as well as shop.

Credit Barry Schlecker, who resurrected the event after it fell off life support in 2009.

Schlecker said Friday that the festival will go on as planned, despite flood waters from Ida. He said park officials thought water would drain well, although the ground may be a little soft, allowing the event to continue.

An avid art collection, Schlecker was determined to start fresh when he held the 2010 show. He changed the name from the Brandywine Arts Festival to the Brandywine Festival of the Arts and showcased local music and food vendors.

Previous management had paid little attention to food vendors. “I think they had a pizza truck and someone selling hamburgers, hotdogs and popcorn,” Schlecker recalled.

He turned to festival veteran Rick Betz of Fat Rick’s for help.

“He sat down with me for an hour,” Schlecker said. Betz suggested securing a deposit to ensure that vendors would show up if it rained. (The festival is a rain-or-shine event.)

Caffe Gelato will offer items from its Habernero menu, which features Mexican cuisine, at the arts festival.

This year, Newark-based Home Grown Café will reside at the festival’s heart near the fountain. Owner Sasha Aber, an artist, once sold jewelry and batiks from a booth. Now she will offer veggie burgers, kielbasa, cheeseburgers, hotdogs, fries — and hummus.

“We’re keeping the menu very festival-friendly since there’s such a high volume of people,” she explains.

Her tent will also host OperaDelaware, which will sell wine, beer and a cocktail made with cold-brewed coffee. The company’s performers will sing beside the fountain.

Surrounding food and beverage businesses will form a food court.

Caffe Gelato, also based in Newark, will bring its Habanero brand to the festival. The Mexican concept is designed for festivals, catering and delivery to University of Delaware students.

“We are super happy to be back,” says owner Ryan German. “We’re going to do carnitas, pulled pork, chorizo and spicy chicken tinga tacos and fresh-squeezed lemonade.”

Other operators include 3B’s Fish & Wings and Bristow’s Live Fire, which sells pizza.

Bristow’s Live Fire will sell pizza at the Brandywine Festival of the arts, from an oven on site.

Brady’s Surf & Turf, which sells burgers and salmon cakes, was the highest-selling food vendor at the 2018 festival, Schlecker says. “He’s that good.”

No wonder. Owner Braeden Redfearn owns MeatandSeafood.com, which offers free delivery in an hour or less, and All Service Ice Corp., which provides emergency supplies to restaurants. Other festival vendors appreciate Redfearn’s truckful of ice.

Food trucks include Outlandish, which is owned by Melissa Ferraro, who recently opened Sonora in Newark. And for something sweet, there is the Cinnamon Bun Exchange. The business was born during the pandemic to fund buns for first responders. Soon, Lori Hilferty and Tony Rizzo had a booming cottage business on their hands.

Plan to pair a cinnamon bun with a scoop of ice cream from Hy-Point Farms, or a handful of Copperfield Kettle Corn, a vendor for more than 30 years.

There will also be artisan food booths sprinkled amongst the more than 200 fine artists.

Given the event was canceled last year due to COVID-19, all vendors are eager to greet the public.

“People are just itching to get out to a nice, safe event,” Aber said.