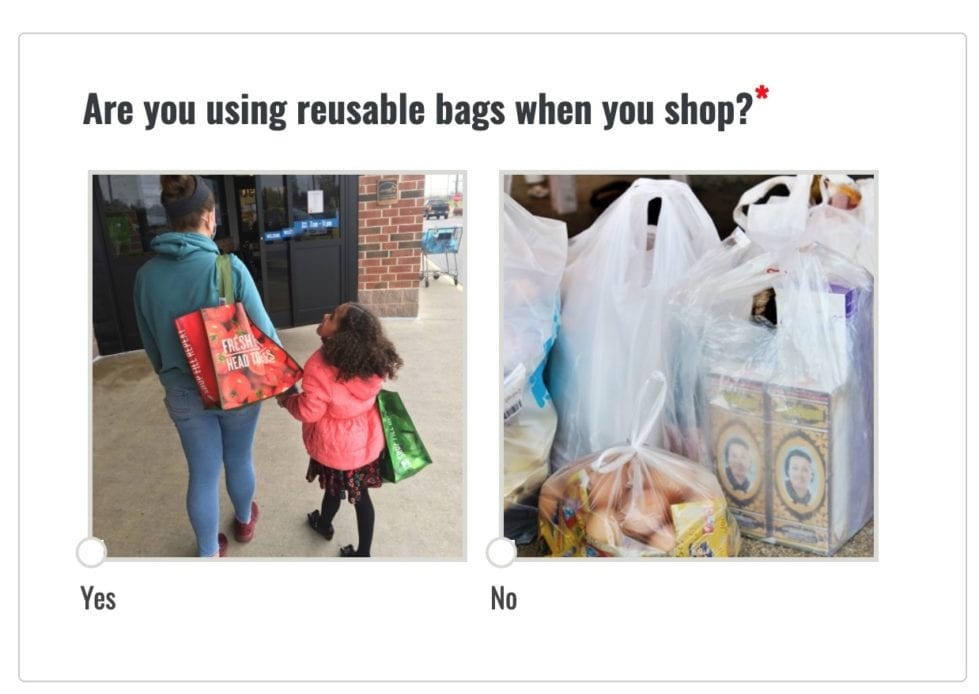 • Reusable bags would have to be even thicker.

• Reusable bags would have more specific requirements on how they’re made.

“Shortly after the implementation of the state’s prohibition on single-use plastic bags, we realized the law of unintended consequences was occurring,” said Rep. Gerald Brady, D-Wilmington West, the bill’s main sponsor, said in a release. “We immediately received complaints from constituents, that new, thicker plastic bags were being provided by several stores. Unfortunately, the thicker bags only compounded the threat on our environment.”

The ban started Jan. 1, affecting large stores and chain stores. Last fall, retailers appealed to delay the start, citing concerns about coronavirus and a shortage of paper bags. The state denied the request.

The ban originally defined a recyclable bag as “either a bag made of cloth or other fabric that has handles and is designed and manufactured to be used repeatedly or … a durable plastic bag with handles that is at least 2.25 mils thick.”

The new bill requires a reusable bag to be 10 mils thick.

The bill specifies that reusable bags “must be made of polypropylene fabric, PET non-woven fabric, nylon, cloth, cotton, jute, hemp product, or other washable fabric. The bag also must be made of cloth or other durable fabric that has stitched handles, is designed to be used at least 125 times, and has a capacity of at least four gallons,” the representatives said in a release announcing the bill.

The bill retains multiple exceptions to the ban, the release said.

The Delaware Department of Natural Resources and Environmental Control in May launched a survey asking consumers how they’re handling the ban. A pinned post on DNREC’s Facebook page has so far generated mostly negative comments.

“We have received inquiries from consumers about whether stores can swap out single-use carryout plastic bags for thicker plastic bags” said Nikki A. Lavoie, DNREC’s chief communications officer. They’ve been told that the current law allows that.

“We have performed inspections throughout the state,” she added. “We have not issued any actions or found any issues of non-compliance with the program.”

By banning single-used plastic bags, advocates hoped consumers would bring bags from home and keep reusing them. Some also hoped stores, if they gave out bags, would switch to paper, and if they charged for bags, the charge would be enough for consumers to go bag-free or bring bags from home.

Those hopes did not happen.

Acme, for instance, switched to 2.25-mil plastic bags and gave them out for free.

Plastic carryout bags are not well-recycled, the release said, and because they tend to jam recycling machinery, they must not be placed in the recycling carts that many Delawareans have.

Recycling bins at stores were another hot-button requirement. Some stores removed them last year.

They’re back, and they’re the method DNREC wants used. Clean plastic bags of any weight – plus plastic wraps, plastic dry cleaning bags and plastic newspaper sleeves – must be recycled only at stores.

“No matter what option shoppers choose [in bagging], we want to encourage them to reuse,” Lavoie said. “Reuse is an essential component of any environmentally responsible consumer behavior – reduce, reuse and recycle.”

“Moving our state away from single-use plastic bags will help preserve our waterways and green spaces, reduce litter in our communities, and protect the long-term health of our neighbors,” Sen. Kyle Evans Gay, D-Talleyville, the Senate prime sponsor of HB 212, said in the release.

The bill has 15 sponsors of various types and is assigned to the House Natural Resources Committee.