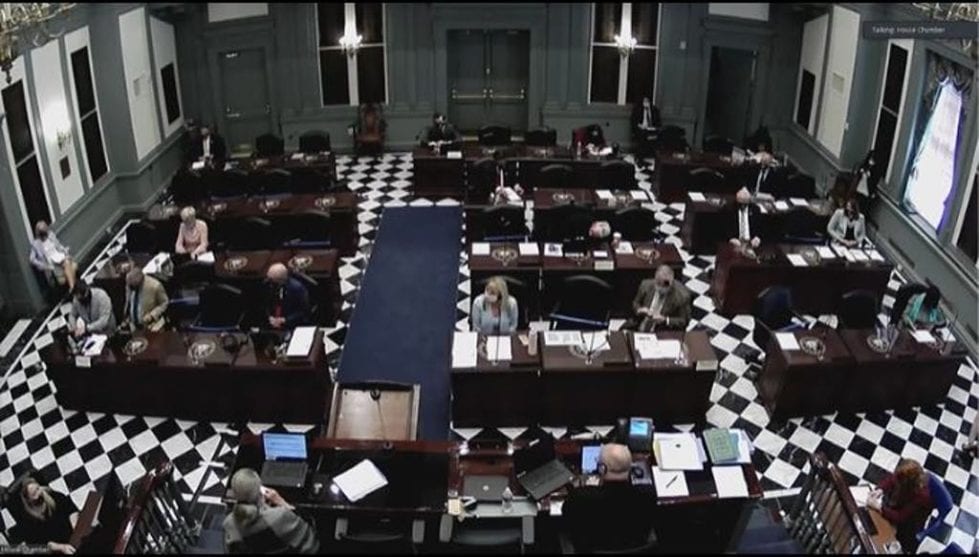 A bill to lower the state’s real estate transfer tax will go to the House of Representatives passed a committee Wednesday.

Two Republican bills designed to take advantage of Delaware’s flush revenues found different fates Wednesday in the House Revenue and Finance Committee, with one failing to gain traction and the other earning unanimous support.

The first was House Bill 191, introduced by Rep. Rich Collins, R-Millsboro, which sought to cut all personal income tax brackets by 10%, cut the corporate tax rate from 8.7% to 6.1% and the gross receipts tax by 50%. It fell one vote short of being passed to the full House.

The second bill, House Bill 71, introduced by Rep. Mike Ramone, R-Pike Creek, would lower the real estate transfer tax from 4% to 3%. That bill is expected to advance to the House of Representatives for consideration later in the legislative session.

Collins said HB 191’s tax cuts would have spurred economic growth and created new jobs by giving a portion of the state’s revenue surplus back to the taxpayers.

According to the state’s Economic and Financial Advisory Council, Delaware will end the 2021 fiscal year with a budget surplus of more than $1 billon. In addition, DEFAC analysts predict FY 2022 will see $238.4 million in revenue which had not been previously anticipated.

Collins said that’s what prompted him to introduce HB 191.

Committee Chair Rep. Stephanie Bolden, D-Wilmington, argued the introduction of tax cuts was premature, who said the numbers Collins was working with were preliminary.

“We are still waiting for DEFAC numbers which will be on June 18, which may show us that we may have additional money where we can go back and give some things but we may not as well,” said Bolden.

She said that if the bill were released before the official figures came, they would be unable to account for unexpected changes in the budget predictions.

“I just think it might be a little premature at this particular time,” Bolden said.

There was no public comment on the income tax bill.

After the vote, Collins said that moving forward he would support any reduction in taxes that the committee and the Department of Finance would support.”

Ramone’s  bill to lower the real estate transfer tax from 4% to 3% came with a history lesson.

Homebuyers and sellers in Delaware now must pay 4% of the total cost of a real estate transaction when buying or selling a property, usually split between the two. This tax was increased from 3% in 2017 in what Ramone said was a temporary increase to counter budget shortfalls.

In 2019, the legislature voted to eliminate the sunset clause on the provision, making the 4% transfer tax permanent.

“I just feel that we deserve to find a way to honor the commitment that we made years ago,” Ramone said.

Delaware Secretary of Finance Rick Geisenberger warned against lowering the tax, even if the predictions of good state revenues turn out to be correct.

“We’re seeing some really extraordinary growth, the result of the responsible budget we passed last year [which] ended up saving us a lot of money,” Geisenberger said. “And that makes for a significant surplus this year, which we proposed putting into one-time budget growth.”

Geisenberger also said that “even without the earlier 1% increase, [Delaware] would have still seen record realty transfer tax collections,” suggesting that the tax has not inhibited the ability of home buyers or sellers to conduct business.

Phil McGinnis of McGinnis Commercial Real Estate in Dover spoke in support of HB 71, noting that the 4% transfer tax prevented some of his clients from moving forward with commercial properties in Delaware, opting instead to go to nearby locations in other states.

McGinnis said that he has been fighting against the existence of any real estate transfer tax since his father, Lt. Governor James McGinnis, introduced the tax in the 1960s when he was a Democratic member of the House of Representatives.