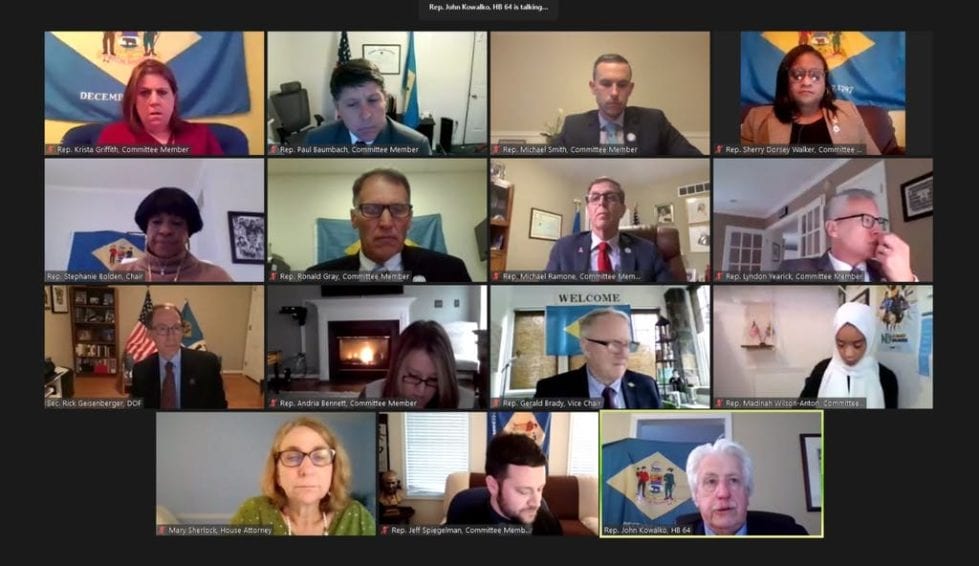 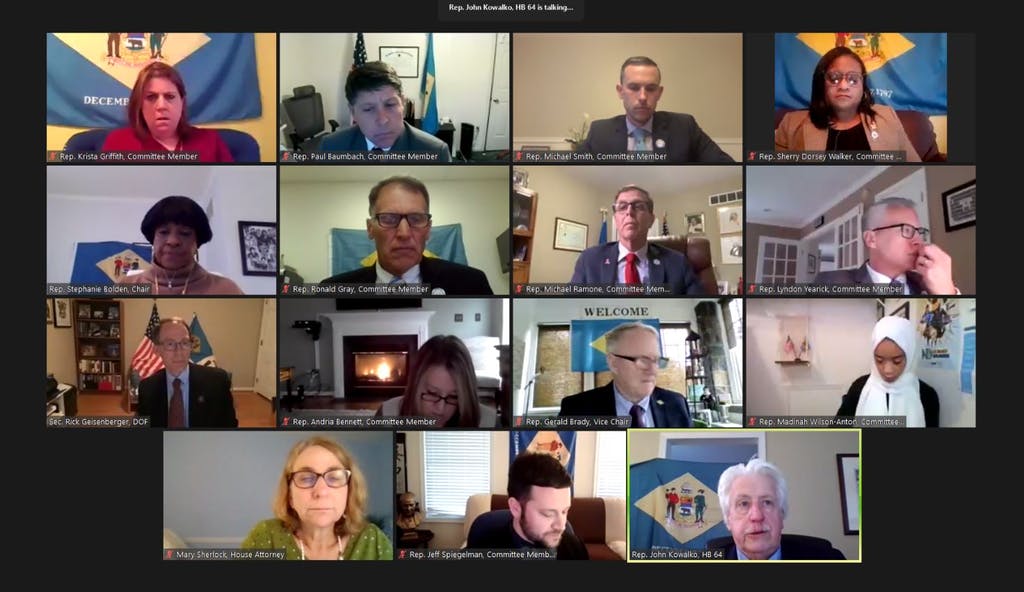 A bill that would raise personal income tax for Delaware residents who make more than $125,000 failed to make it out of committee Wednesday.

The bill, which would add three new tiers of taxes, died in a House Finance and Revenue Committee that started with a bloody nose and included an 11th-hour vote switch and the pitting of sponsor John Kowalko, D-Newark, against the head of Delaware’s Department of Finance.

But the blood shed didn’t stem from that confrontation. Blood began running from Kowalko’s nose within moments of him starting to describe his bill, which he said would help stabilize Delaware’s largest source of revenue.

The committee took a 15-minute recess and when it reconvened, Kowalko kept his camera off for a chunk of the meeting, but kept talking.

He said that personal income tax is one of the state’s most consistent, sustainable revenue sources for Delaware. He pointed out that during the COVID-19 pandemic, he said, lower incomes took hits, partly because they couldn’t do their jobs at home, as higher incomes stayed steady or rose.

“The legislation is not intended that higher earners should contribute disproportionately more earnings to government needs,” Kowalko said. Instead, he said, it could raise up to $80 million a year and could provide more consistent income regardless of other economic fluctuations.

“We can’t say for certain whether in fact this bill will actually raise revenue or not,” said Rick Geisenberger, secretary of the Delaware Department of Finance. The state does not need income taxes raised now because there is no need for additional income, especially with a state surplus of $670 million.

Geisenberger said much income in upper brackets tends to be the result of people taking capital gains or making some other choice to cash out an asset. If Kowalko’s measure passed, he said people could choose to take those capital gains in another state, meaning Delaware would not get the tax.

“But most of all, the bill makes us less competitive with our neighbors, particularly our neighbors in Pennsylvania,” he said.

If the bill became last, he said Delaware’s top tax rate would be higher than Pennsylvania’s “which would undoubtedly make it much more difficult to attract and retain the jobs and businesses that we all want to attract to increase opportunities for all Delawareans so that we can afford better schools, better infrastructure, better quality of life, and for all those reasons, the bill as it’s currently written is not something the administration supports.”

Geisenberger also said that adding three tax brackets would mean Delaware had 10 income tax brackets. That would move it from seventh or eighth among states with multiple brackets to the top, with only Hawaii surpassing it. New Jerson has a top tax rate of 10.75% for incomes over $1 million, he said. But Pennsylvania’s top bracket is 3.07%, compared to what would be 8.6% for Delaware if the bill became law.

That would make Pennsylvania’s rate 64% lower than Delaware’s.

Geisenberger said Kowalko’s proposal would affect 10.5% of Delaware taxpayers, and those account for 52% of those paying Delaware personal income tax.

In an impassioned response, Kowalko said that the additional monies raised could be used for services promised to residents that are not now delivered. That included things like more reading specialists in school, more services for the disabled and homebound, and more help for minority school children.

The committee members discussed the bill among themselves and asked questions of Kowalko and Geisenberger for an hour and one-half, then took comments from the public. Suggestions to alter the bill included holding it back a year or collapsing the current brackets so that people at the bottom paid less, but higher earners didn’t pay a higher rate.

Spokespeople for several groups such as Delaware United said even at a lower tax rate, those who earned less were paying more of their money toward taxes that wealthy people.

Both the Delaware State Chamber of Commerce and the New Castle County Chamber of Commerce weighed in, arguing that the raise was not needed, would hurt business recruitment and expansion, and that it comes at a terrible time as most businesses are struggling because of the COVID-19 pandemic.

Rep. Mike Ramone, R-Pike Creek, tried to get the motion tabled, but failed.

The final vote fell mostly on party lines, with a couple of exceptions. Rep. Krista Griffiths, D-Fairfax, voted not to release the bill while all her other Democrat colleagues voted yes.

Rep. Mike Smith, R-Pike Creek Valley, at first voted to release the bill to the House. As the vote count neared its end with only one vote between moving on or not, he switched to a no vote, and the bill died in committee.