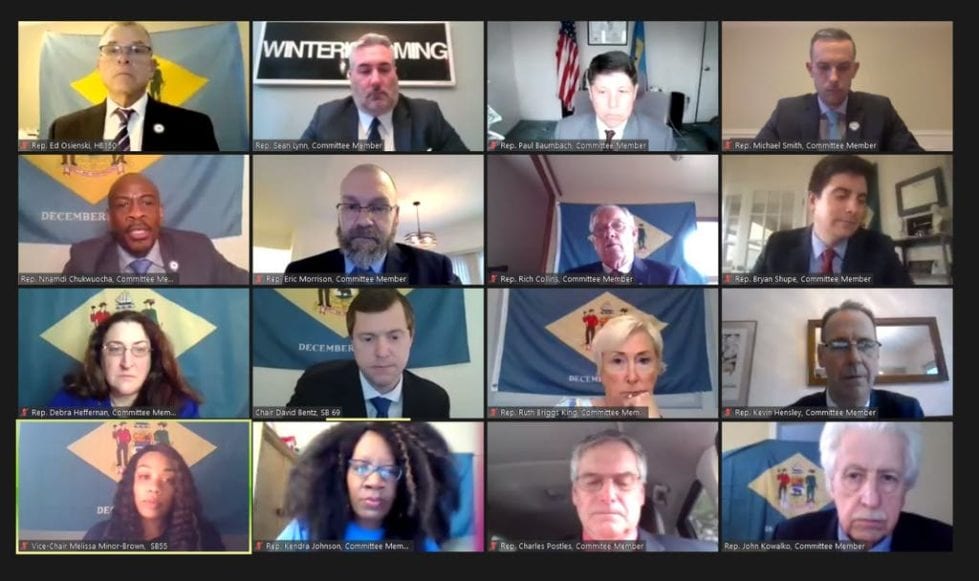 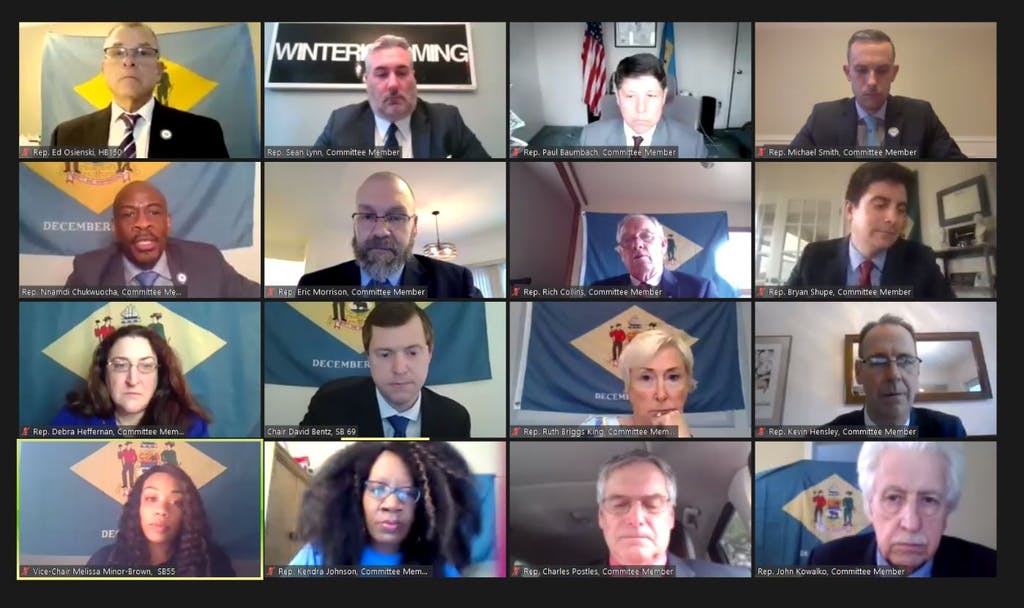 The House Committee on Health and Human Development votes on bill to legalize marijuana.

A bill to decriminalize marijuana and set up a legal sales system that favors minority entrepreneurs passed through its first committee hearing Wednesday.

After a three-and-one-half hour hearing, the House Health and Human Development Committee voted overwhelming to pass the 49-page bill, mostly along party lines, but with one Republican voted to pass it for a larger discussion.

The bill would allow adults 21 and over to possess up to an ounce of marijuana for personal consumption.

It also “creates the legal framework to license and regulate a new industry that will create well-paying jobs for Delawareans while striking a blow against the criminal element which profits from the thriving illegal market in our state,” Osienski said.

Several state agencies and health organizations expressed concern about the bill as written.

Alanna Mozeik of the Delaware Division of Public Health pointed out that there are links between use of marijuana and developing drug dependencies and suggested some tax money be steered to state behavioral health programs. She also said the licenses fees should be raised from $10,000 to $20,000 and $3o,000 to be line with medical marijuana center licenses of $40,000.

Public Health would also like to see language about outdoor cultivation struck to protect the crop from contamination by insects and pesticides, as well as avoid security issues, Mozeik said.

Nikko Brady of the Delaware Department of Agriculture wanted Osienski to more clearly define what marijuana is so that the bill did not bleed over into hemp production, which is allowed and regulated by her department. She also said the marijuana should be grown indoors, to protect the crop and to avoid violent threats and other issues that hemp growers have had to deal with.

Jamie Johnson of the Delaware Department of Finance said, among other things, that it was unclear why a marijuana commissioner would be collecting tax and reporting it to the Division of Revenue instead of having one agency handle it all. He also said that the bill should specify that owners would have to pay gross receipts tax for anything bought in the store in addition to the 15% tax on the marijuana itself.

John Yeomans, director of the state Alcohol and Tobacco Enforcement group, said that based on experiences of his peers in other states, he was going to need three and one-half times the manpower, which also means more training and more expense for equipment and offices.

Lobbyist James DeChene said on behalf of the Delaware State Chamber of Commerce that while the bill did not restrict employer rights, it also didn’t prohibit the use of marijuana in off hours. That will lead to confusion and conflicts, he said.

Among other things, the bill as written would: