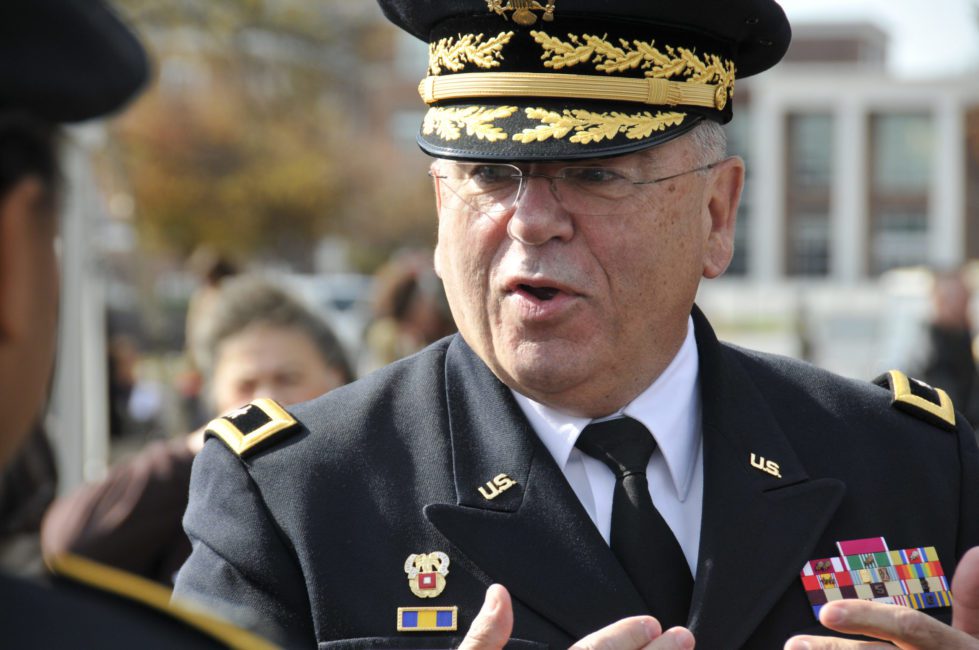 A former adjutant general for the Delaware National Guard has been appointed by President Biden to serve on the Board of Governors for the USO.

Retired US. Army Major General Francis “Frank” D. Vavala will serve on the United Service Organization, a non-profit that provides various support services to members of the U.S. Armed Forces and their families.

“The USO does great work,” Vavala said. “This is an opportunity for me to give back and be a part of an organization that supports our men and women who serve.”

In late September, Vavala received an email from the Office of Personnel at the White House saying it was considering him for the nomination and asking if he would be willing to serve in that capacity. He didn’t hesitate to say yes.

“I was both honored and humbled by the invitation,” he said.

Vavala, who served for more than 50 years in various leadership positions for the DE National Guard, said it’s too early to tell what his role will be. He has a series of training sessions (via Zoom) to participate in but will have more details come November when he heads to the Arlington, Virginia, headquarters of the USO for a two-day meeting.

With 250 centers across the world on every continent, the USO is operated by thousands of staff and volunteers who strive to match service members’ dedication. Vavala said that years ago entertainment for the troops may have been the majority of what the USO provided. Now, it’s more about the day to day support that’s needed.

“Soldiers look for a USO center because they know there that somebody is going to care,” said Vavala. “Their centers can be a place for respite, or to get on the Internet, or just relax.”

The USO coordinates massive supply drives for care packages to be sent to soldiers overseas, he added.

Vavala will take on the USO appointment in addition to his role as the Veteran’s Advocacy Specialist for the Delaware Technical and Community College, where he provides outreach and support to service members who are matriculating into college. He is also a member of several boards and commissions for the First State.

“If it has a Veteran ‘nexus,’ you can be reasonably sure I’m tied into one way or another,” he said.

As a member of DMA’s Board of Directors, Vavala said he believes a similar high school is needed in the southern end of the State.

“There are a lot of young people who are interested in service, structure and organization, and that’s really what these schools bring to Delaware,” he said.

For now, he hopes his USO appointment will enable him to do for the nation’s soldiers what he has done for military members in Delaware:  Serve their needs so they can focus on serving their country.

“The USO is a great way to be able to give back and to stay connected with what I call my family – our military members,”Vavala said. “It’s a great privilege and I’m looking forward to the challenge.”