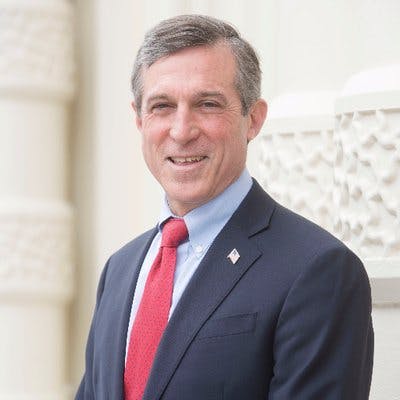 Gov. John Carney has been appointed to a national Council of Governors by President Joe Biden.

The two have known each other for decades.

The Council of Governors is designed to link state and federal authorities in dealing with emergencies, disasters, homeland defense, defense support for civil authorities and matters pertaining to the National Guard. The council was created by the National Defense Authorization Act in 2008 and formally established by executive order on Jan. 11, 2010.

“I’m proud to join the bipartisan Council of Governors to help strengthen cooperation between our states and the federal government on a range of threats facing our country – from extreme weather to public health challenges,” Carney said in a press release. “As we’ve seen over the past year, state-federal cooperation is critically important, especially during a crisis situation. I want to thank President Biden for the appointment, and for bringing governors of both parties together to address important issues we all face.