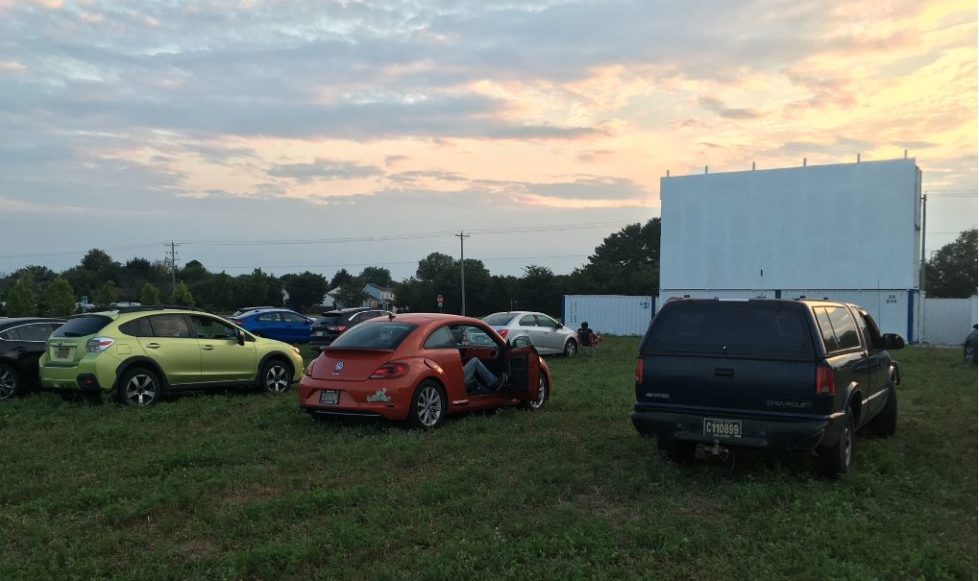 Bear Drive In opens Friday behind the Lowe’s in Bear. Photo by Bob Weir.

The Bear Drive In will open Friday night with “Fast and Furious 9” on one screen and “Jungle Cruise” on the other.

It will follow up next week with “Suicide Square 2.”

Shows will take place at dusk, which is about 8:30ish this week, said owner Bob Weir.

The gates will open at 7 p.m., he said, and he encourages people to get tickets online as soon as Beardrivein.com goes live.

“It is going to sell out,” he said Monday afternoon.

Each screen will accommodate about 150 cars. If slots are available, patrons will be able to pay when they drive up to the site on Bear-Christiana Road behind the Bear Lowe’s.

Tickets are $15 for adults ages 15 to 64, and include a 84-ounce bag of popcorn and a 16-ounce Coke, Diet Coke, Dr. Pepper, Sprite. ginger ale or water.  Discounts include $11 for those ages 55-plus, military or emergency personnel; and $11 for children ages 5 to 14, who get a smaller popcorn and drink. Children 4 and younger are free.

The theater will only have one showing of each movie each night, Weir said. He’s been to other drive-ins and said 75% of the customers leave at the first show. His drive-in is also across from a housing development.

Weir discourages people from bringing in their own food. The concession stand will sell hot dogs, nachos, popcorn, candy and snacks.

The theater will pipe the movie sound through car radios. Vehicles should be kept in auxiliary without motors running because of the dangers associated with carbon monoxide build-up, he said.

Guests are welcome to sit in the bed of their own pickup trucks, to raise the hatchback on SUVs as long as they don’t rise above the vehicle and to put lawn chairs outside their own cars and sit there to listen.

The theater plans to show only first-run movies, except for a few theme nights.

The schedule will also change as it gets up and running.

This week, it will screen films on Friday, Saturday and Sunday nights.

Starting Aug. 6, it will become a five-day a week theater, with the same movies running Friday, Saturday, Sunday, Wednesday and Thursday. New movies will start on Fridays.

Weir built the theater out of rented cargo containers, stacking some at opposite ends of the field to create the screens. The box office and concession stand also are created out of cargo containers.

The theater held a friend-and-families show Saturday as a dry run, and it went well, Weir said.

The drive in has portable potties on the site. Guests may want to remember insect repellant if they plan to leave windows open or sit outside, he said.

The facility sits in a field that’s been mowed to provide the theater space.

Weir said that he was able to hire people for weekend shifts fairly easily, but he needs to hire more because of the screening week going to five days.

He also wants to point out what he considers a detail of impact.