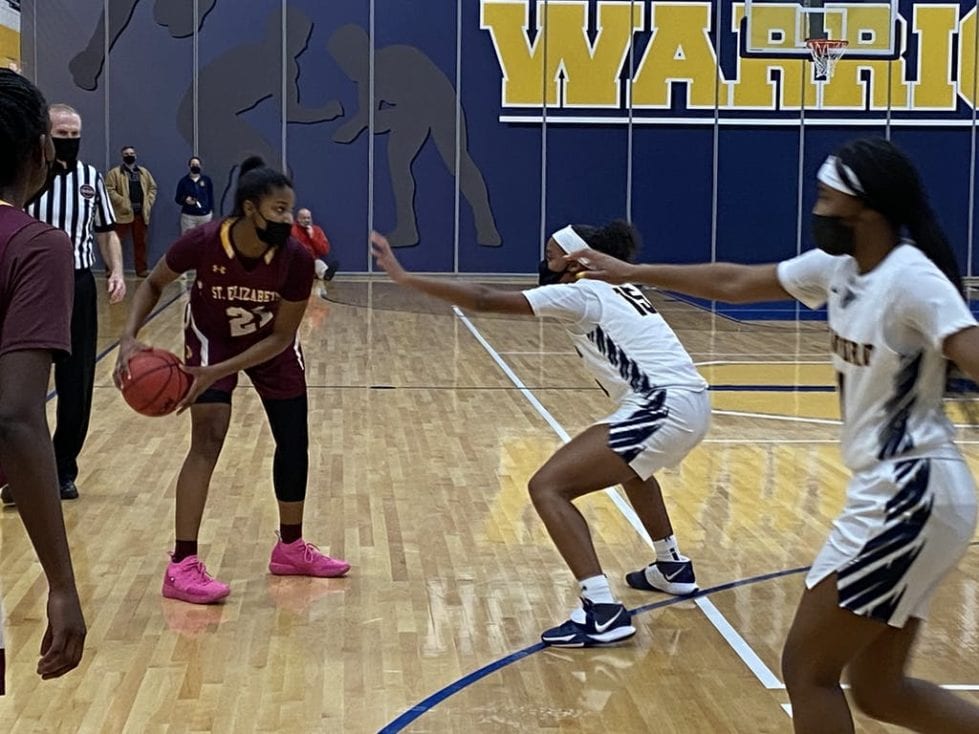 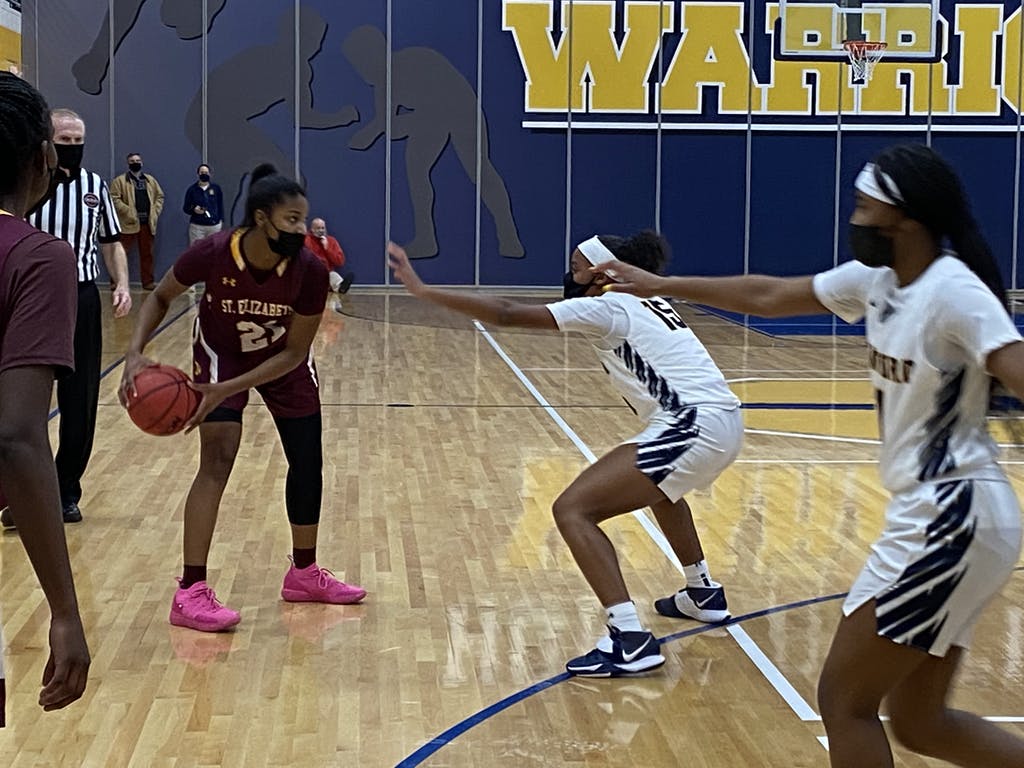 St. Elizabeth held off Sanford when they met for the first time in six years.

HOCKESSIN — For six years, St. Elizabeth and Sanford had not met in girls basketball.

But the two perennial powerhouses clashed Thursday, Jan. 21 and produced an entertaining, back-and-forth affair that ended with the Vikings, ranked fourth in the state by Delaware Live/302Sports, leaving with a 62-57 victory over the host Warriors, the No. 3 team.

The teams last played each other in January 2015, a Sanford win.

The Warriors and Vikings had split two games the season before, with Sanford defeating the Vikings for the 2014 DIAA state championship. Both teams were still alive when last season’s tournament was canceled due to the coronavirus pandemic.

St. Elizabeth turned a four-point deficit after the first quarter into a 10-point halftime lead thanks in large part to junior Rory Ciszkowski, who scored 15 points in the second quarter. Overall, the Vikings put 22 points on the board in the second while holding the Warriors to eight.

The Warriors, who have just one senior and two juniors on the roster, opened the second half on a run, with Amiya Carroll getting the hosts to within five at 36-31 on a jumper. The Vikings went on a 7-0 run after that, taking a 43-31 lead and prompting a timeout by Warriors coach Marcus Thompson.

His troops responded. Abby Meredith hit a pair of three-point shots as Sanford cut the lead to 47-44 after three quarters. Two Dallas Pierce free throws at the outset of the fourth made it a one-point game.

But the Vikings would not allow this one to get away. Januarie Tate his a big three, followed by a Ciszkowski layup and an Olivia Lynch field goal to grow the advantage back to eight at 54-46.

The Warriors cut the lead to three, but Lynch drained two free throws to seal the victory.

Lynch led the way for St. Elizabeth with 21 points. Ciszkowski had 17. The Vikings (4-0) have no breaks on the schedule. They host second-ranked Caravel Tuesday at 7 p.m. before traveling to No. 1 Conrad next Friday in a game that will be streamed by Delaware Live/302Sports.

Sanford fell to 2-1 and remains home for its next three games, beginning with Wilmington Friends Tuesday at 4 p.m.