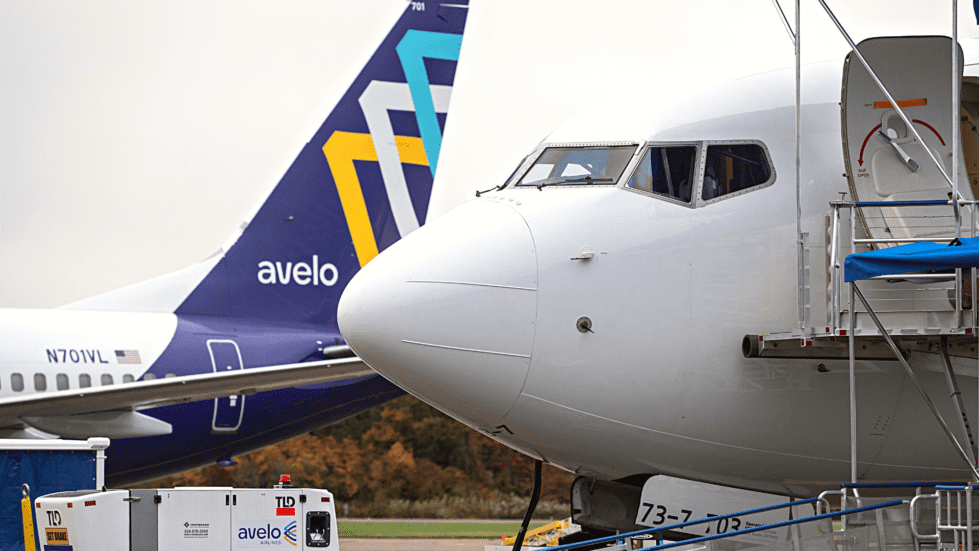 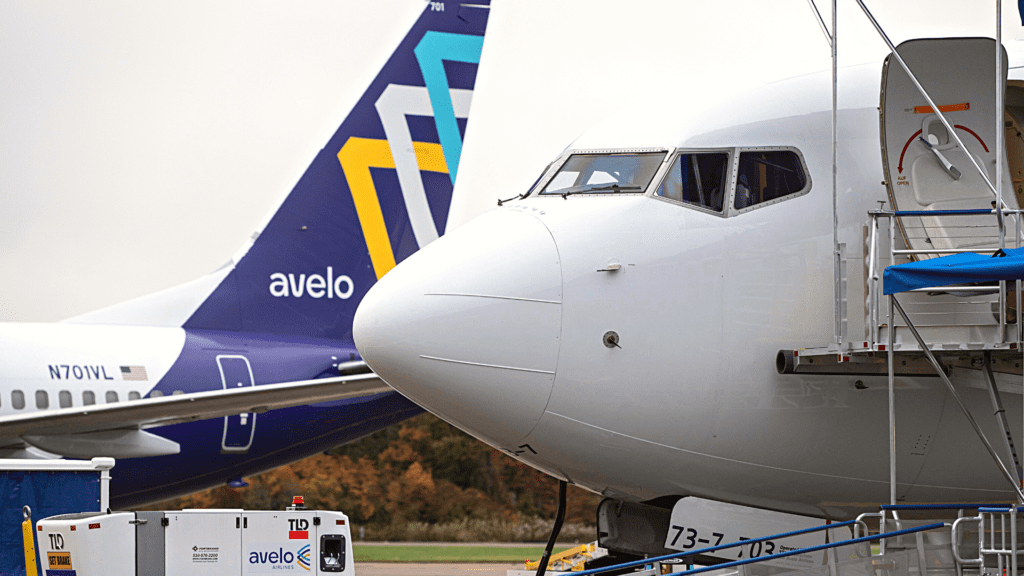 The base will begin operations in February. Destinations include:

According to a news release, “very low introductory one-way fares starting at $49* are available at AveloAir.com.” 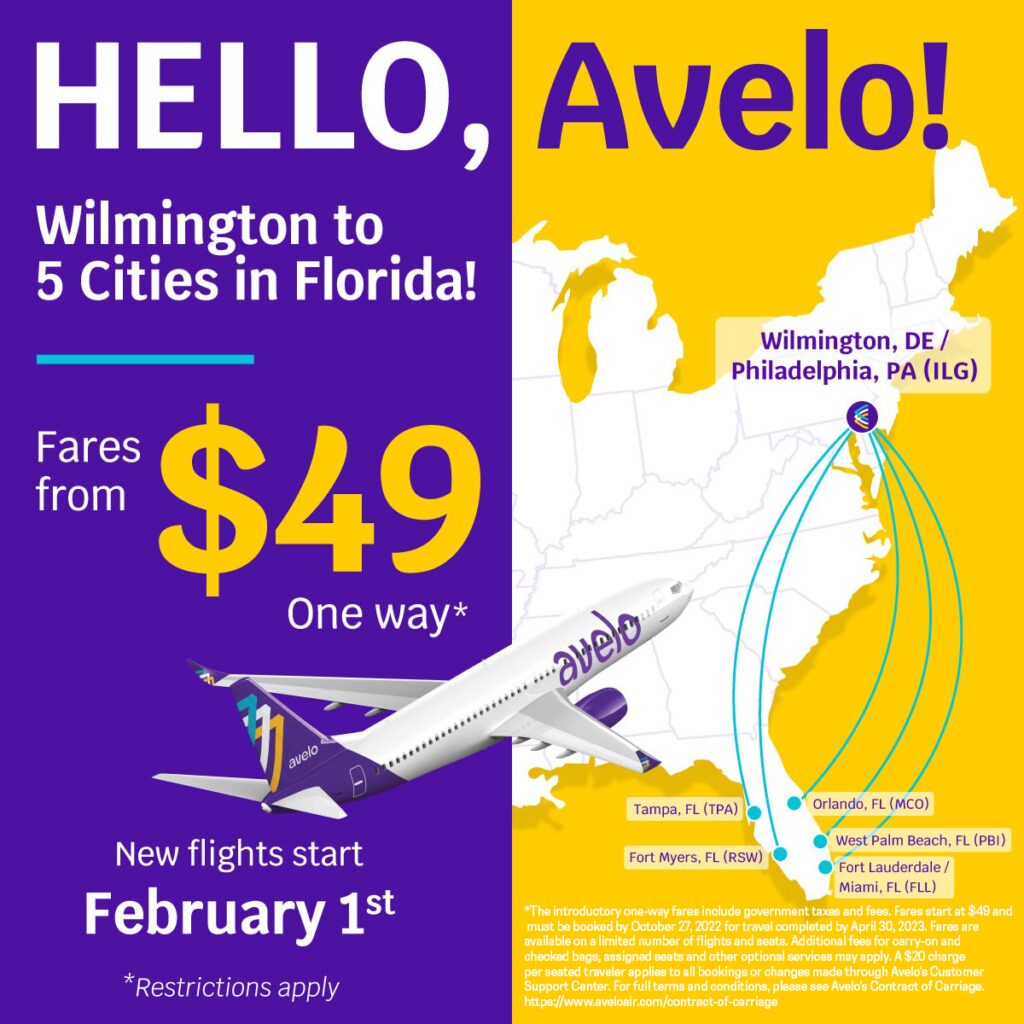 Avelo will initially base one Boeing Next-Generation 737 at Wilmington Airport. Avelo currently operates 11 737 NG aircraft. The airline expects to have 14 737s by the end of 2022 and 16 aircraft operating across its nationwide network by the end of next March.

The airline said it expects to serve hundreds of thousands of customers at Wilmington Airport.

To support its new base, the airline will initially create at least 35 jobs. Positions will include a combination of Avelo crewmembers and jobs with Avelo business partners operating at ILG. Roles will include airport customer service, flight attendants, pilots, aircraft technical operations/maintenance, and supervisors.

Wilmington will be Avelo’s fourth base.

Avelo has postponed previously announced plans to open a base at Fort Myers’ Southwest Florida International Airport (RSW) due to a significant reduction in travel demand resulting from Hurricane Ian. However, Avelo continues to operate flights between RSW and HVN and will begin operating flights between RSW and ILG in February.

Avelo Airlines is a new entrant in America’s commercial aviation industry. Although it was founded in 1987 as charter carrier Casino Express Airlines, it rebranded to Avelo and transitioned to scheduled operations in April 2021.

The airline operates domestic routes on the east and west coasts of the United States.

Budget carrier Frontier Airlines operated flights out of Wilmington Airport between 2013 and 2015, then again between 2021 and 2022 before suspending its service again. The Delaware River and Bay Authority spent $2 million on security and customer service improvements prior to Frontier’s 2021 return. The state has been without commercial airline service since Frontier’s departure.