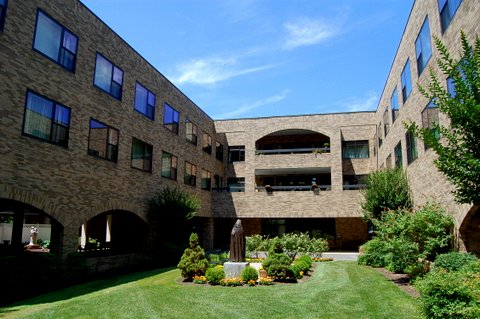 The Little Sisters of the Poor Jeanne Jugan Residence was established more than a century ago.

The Jeanne Jugan Residence on Salem Church Road is “unauditable,” according to State Auditor Kathleen McGuinness, because it has not been able to produce basic financial records, a press release said Monday.

The auditor’s report detailed a “severe lack of documentation” which prevented her team from analyzing over $4 million in costs and charges relating to Medicaid activities, a press release said.

The Jeanne Jugan Residence was one of the first long-term facilities in Delaware to be hit with a wave of COVID-19 infections and deaths in 2020. The second person to die of complications from the virus was a patient there, and several more patients became ill and died.

Efforts were not successful Monday afternoon to contact any administrators at the facility for a comment. Delaware law requires the State Auditor’s Office to perform audits of long-term care facilities.

Facilities are audited on a rotating basis, and the Jugan Residence was among six Delaware facilities audited in the last fiscal year. Facilities are usually audited every six to eight years.

McGuinness said she became alarmed when the Jugan Residence was unable to provide patient census data and payroll supporting documents.

“I applaud the sisters at the Jeanne Jugan Residence for their mission to help those who are the most vulnerable among us,” McGuiness said. “However, when any entity cannot produce basic financial records … I become concerned.”

The Jugan Residence management said “the COVID-19 pandemic created a significant hardship for (their) facility and they were unable to devote resources to provide the information necessary for the examination,” according to the press release.

McGuinness said the facility had 18 months to provide necessary documentation, including nine months before the pandemic began and nine months after it began.

The facility will face another audit at the end of the current fiscal year and McGuinness says she hopes that the next examination will find “adequate internal controls and acceptable accounting practices.”

The Jugan Residence was founded by the Little Sisters of the Poor in 1903 and has been a staple in the Newark area since then.