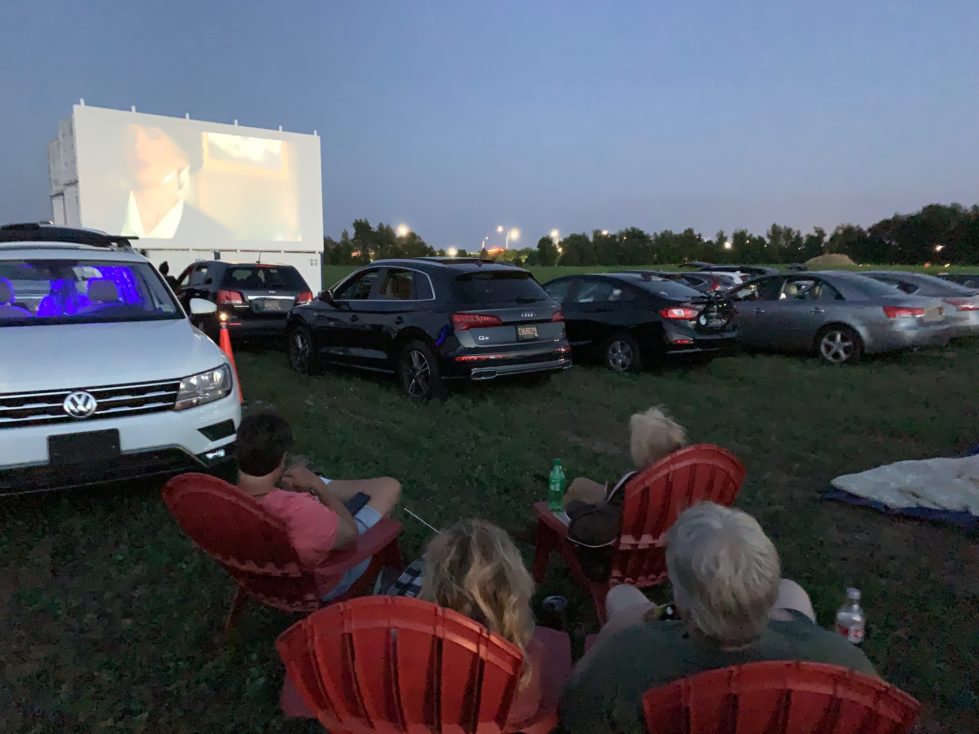 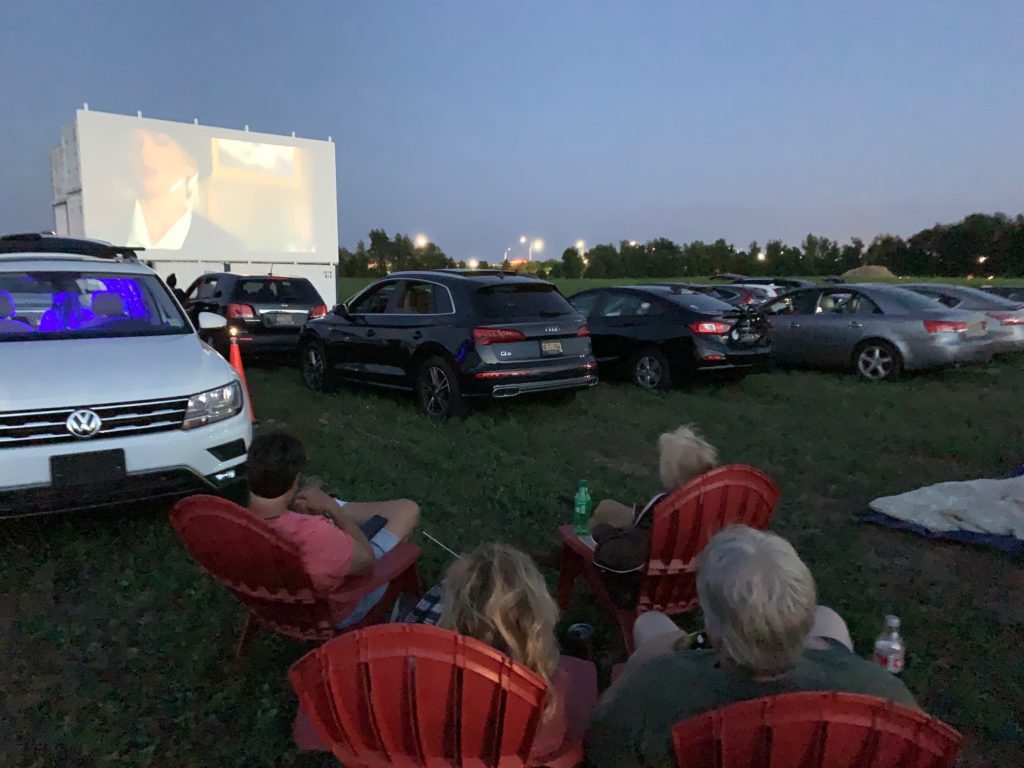 People watched “Jungle Cruise” inside and outside of their cars on opening night, July 31.
from inside, out of cars at the Bear Drive In’s opening night.

Averaging 500 cars per three-day weekend during the summer, the Bear Drive In’s first season was a success, its owner said.

The drive in, which uses stacked cargo shipping containers to support its two screens, will close Nov. 7, he said.

Weir hopes to stay in the same place, but won’t know until mid-November if Reybold Construction Corp. will allow him to. That company plans at some point to build apartments and other buildings on the property on Christiana-Bear Road behind the Lowe’s in Bear.

The Drive In opened July 31 with first-run films such as “Jungle Cruise,” “Venom: Let There be Carnage” and “Shang Chi and the Legend of the 10 Rings,” it’s biggest draw. It also showed classic genre films such “Casablana,” “Bird Cage” “Goonies” and “The Big Lebowski” when first-run films were delayed or moved to another date.

Weir said the drive in, which charges per person, assumes there are an average of slightly more than two people per car.

Tickets include a bag of popcorn and a 20-0unce soda or water, and Weir said attendees seemed to love that. He has gone through 5,000 bags during the season, and says that may be the best way to determine the number of people who attended.

Admission prices for the remainder of the season are $10 for adults and $6 for children, those 62+ and military people. Those under 4 are free. Popcorn and drinks are still included.

The season included some surprises.

When a couple of films fell through, Weir decided to show “The Goonies” and “Shrek,” and the movies were mobbed by families.

He had planned to go hard and heavy with lots of new films or favorite old ones when he started.

Wherever he lands for next year, he plans to beef up family amenities, including games set out in the areas in front of screens so kids can play before the movies begin showing.

He plans to have a Trunk and Treat on the Saturday before Halloween, inviting kids to dress in costumes if they like and walk through the parking area to visit other vehicles, who can give away candy if they wish to. Most people who participate in Trunk and Treats decorate their trunks or the back of vehicles.

The drive in will run Halloween favorite “Hocus Pocus”on one screen that night and “Dune” on the other.

When the theater showed the 20th anniversary re-issue of “Harry Potter and the Sorcerer’s Stone,” the screen was packed with those in their 20s and older. Though windows open because the drive in discourages allowing cars to run for air conditioning, many of the visitors could be heard reciting key lines along with the actors.

Other titles that will show up between now and closing include “Halloween Kills,” “The Creature from the Black Lagoon” in 3D and “Ghostbusters: Afterlife.”

The biggest surprise of the season, he said, was how fast word spread on Facebook and social media when he posted to friends in early summer that it was about to be a reality. One asked him to make the Facebook post public so it could be shared and in 48 hours, it had 10,000 shares.

When the season closes, the theater will have to clear out the projection booth and concession stand, which also sold candy, chips, nachos and hot dogs. The stacked containers will stay until a Reybold decision is made.

One of the lucky things about the property, Weir said, was that it was largely clay. That meant it was easy to drive on, even after a rain.

He’s casually checking out other possible sites, just in case.

“That was the risk I took,” Weir said. “At the same time, I’m looking at the fact that I can now take this somewhere else and I have numbers I can show.”