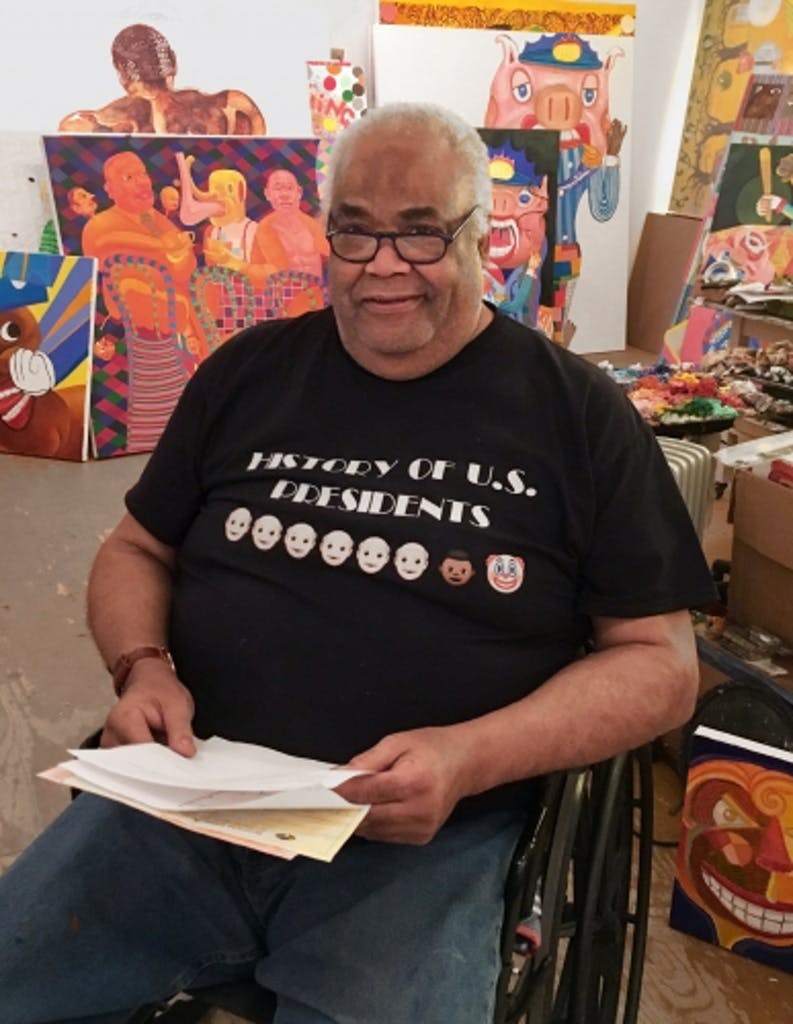 Artist Peter B. Williams last week was the sole Delawarean to earn a Guggenheim Fellowship, which ARTnews calls “one of the most important grants series in the art world and the humanities and sciences at large.”

Williams, a recently retired University of Delaware art professor who lives in the Wilmington area, is known for “vibrant paintings depicting the diversity of Black Americans,” the trade journal said.

He was unavailable for an interview, but his wife Liza called him her hero. “He put himself through college doing three jobs” following a tragic car accident as a passenger that ended with his right leg being amputated

“I spent seven months at that time in the hospital recuperating from the various physical losses and travails,” he wrote in 2012 when he won a Wynn Newhouse award.

“Over the years my artificial and real leg have been the subject in my art as image and impetus. I’ve painted myself nude wearing only my artificial limb. Or I’ve constructed objects as a reflection of the prothesis I wore. Some more recent work the image of the leg manifests itself as symbol, of what I’m not always sure.”

Williams was one of 184 fellows this year, from almost 3,000 applicants in 49 scholarly disciplines and artistic fields. Actor Robert De Niro, whose father received a Guggenheim fellowship in 1968, underwrote the fellowship for Williams. The amounts of grants vary.

He has a solo show running through May 15 at Freight + Volume in Manhattan’s Tribeca neighborhood. The paintings in “Black Exodus” whimsically depict “the exodus of an Afrofuturist people into unexplored climes in outer space and parallel dimensions,” according to the gallery. “While his personal take on Afrofuturism often comes off as childlike and humorous, the viewer can read into his otherworldly vistas the labors that will have to be reckoned with to realize a new collective identity and freedom.” 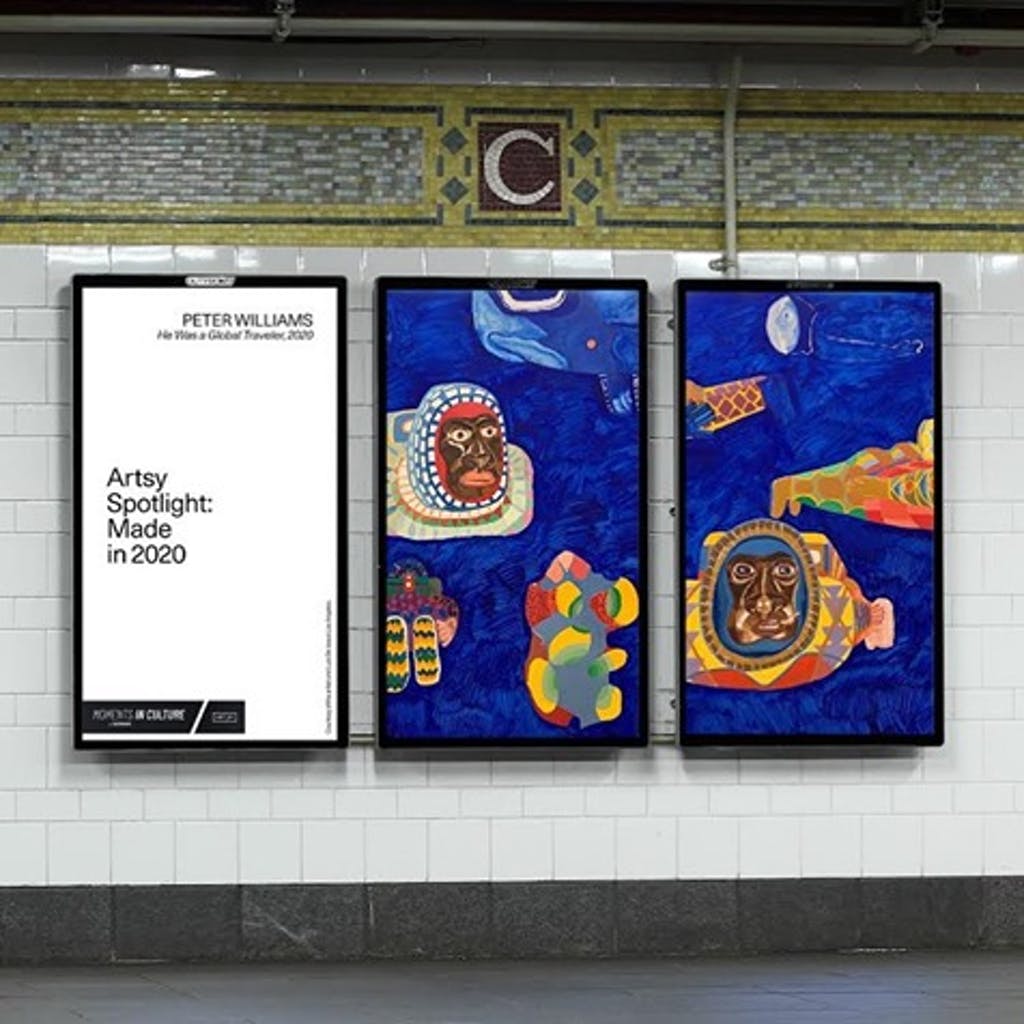 Peter B. Williams posted this poster on Facebook, featuring his work “He Was a Global Traveler.”

Liza said that her husband listens to music while working in his home studio. “Sondheim to hard rock to baroque to voices of Hungary and Africa,” she said. “It would be fascinating to listen to that same music while viewing it.”

She said he is “a self-made man, a human being par excellence, that something so horrific doesn’t destroy him but informs his art.”

He has also informed her art. After she was in a car accident, he convinced her to “find the silver lining” of it, and she said it was the impetus to finish “The Maze in the English Park,” a 2018 crime novella that she published under the name of Elizabeth von Witanovski.

Boundaries or obstacles sometimes become goals, attitudes and opportunities, and “you don’t recognize until you conquer them,” his wrote for the Newhouse award. “Some of my art has reflected this awareness at times. There have been mechanical moments or movements that make my body the obstacle.”

His works are in the permanent collections of at least 10 museums, including the Smithsonian and the Delaware Art Museum. The Guggenheim is the latest in a long line of honors.

He is the recipient of a 2021 American Academy of Arts and Letters Purchase Prize, and the 2020 Artists’ Legacy Foundation Artist Award, according to Luis De Jesus Los Angeles, his gallerist. In 2018 he was inducted into the National Academy of Design. Other awards include the Djerassi Resident Artists Program (2018), Joan Mitchell Awards (2004, 2007), Ford Foundation Fellowships (1985, 1987) and McKnight Foundation Fellowship (1983).

“I’ve always believed in the idea of bearing witness to the times in which you live. I’ve always been involved with the underdog and with global diversity,” he told UDaily in 2019. Spurred by the Black Lives Matter movement, he “invented a superhero called ‘The N-Word’ who saves the lives of African Americans as they engage with police.”

“Williams uses caricature to invite viewers – whatever their political persuasion – to reflect upon how they see people of a race different from their own, as well as underscore the intolerance, distrust and fear running throughout our everyday lives,” critic John Yau wrote in Hyperallergic about a 2018 show.