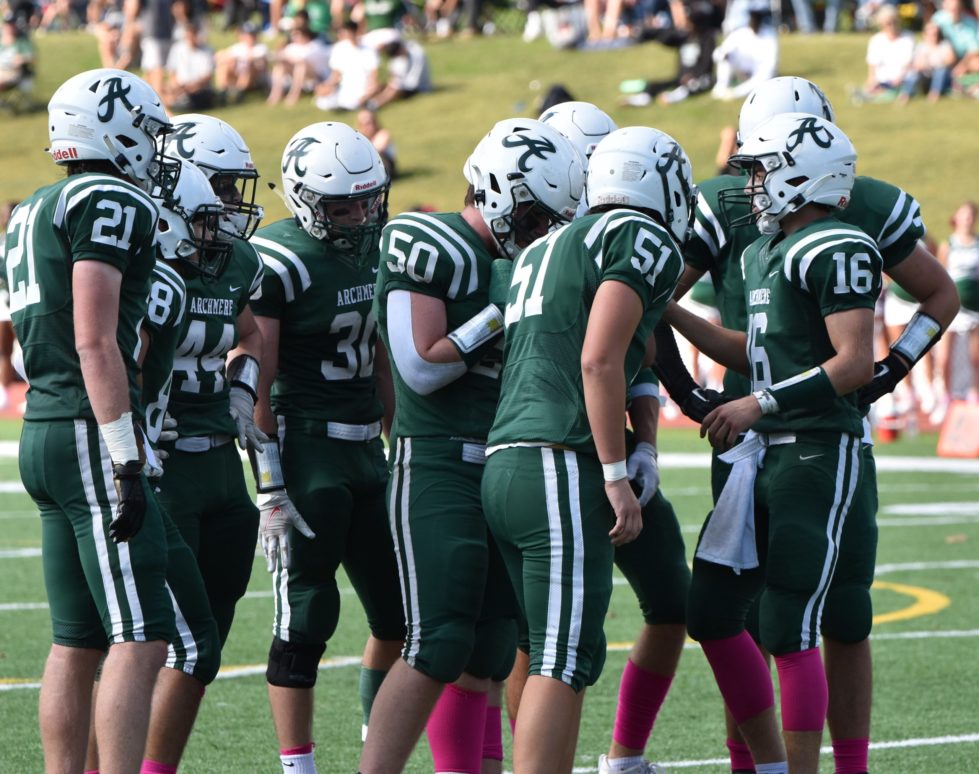 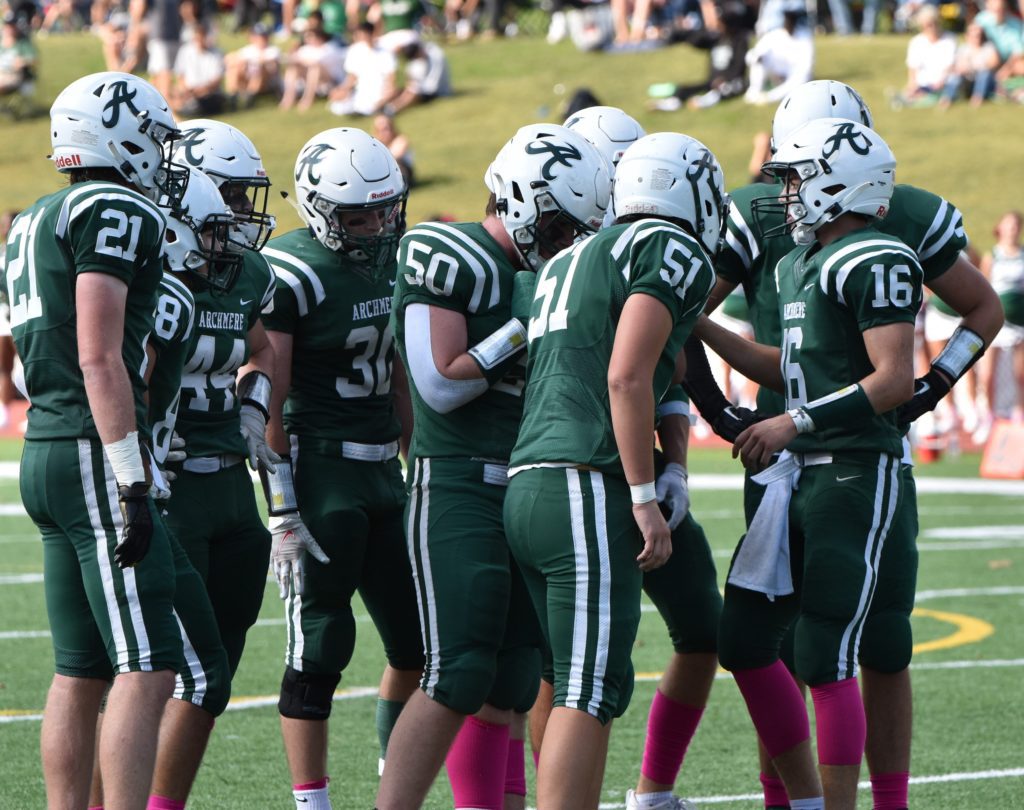 CLAYMONT — Archmere held Saint Mark’s to three first downs and caused four Spartans turnovers in a 41-0 victory on Saturday in the DIAA Class 2A quarterfinal at Coaches Field. The Auks improved to 11-0 and will meet Delaware Military in a rematch of a game played Nov. 12, a 27-7 Auks win.

The Spartans struggled against the solid Auks defense, and a three and out on their first possession led to the game’s first score. Archmere took control at the Saint Mark’s 49 yard line with four minutes into the opening quarter following a punt, and on the second play of the drive, quarterback Chris Albero hit Conor Udovich in stride for a 43-yard score.

That was the lone scoring in the first quarter, but the Spartans punted on the first play of the second, and the Auks would capitalize. Their drive, which began at the Archmere 16, moved 67 yards on the ground before it lost steam, and Albero kicked a 35-yard field goal with 7:49 to go in the half.

Matt Dellose was next to benefit from Albero’s passing. The Auks forced a three and out after their field goal, and the offense went to work. Aided by an 18-yard screen pass to Udovich, the Auks set up shop at the Spartans’ 15. Two plays later, Albero rolled to his right and hit Dellose a few yards from the end zone. He spun and rumbled the final five yards with 3:20 to go in the half.

Two touchdowns in a 33-second span midway through the third put the game out of reach. Declan Pearson scored with 6:33 to go, taking a short pass from Albero and turning it into a 64-yard score. Deep in their own territory after the kickoff, the Spartans pitched the ball toward a running back, but it eluded the player and went into the end zone. Cole Fenice, who led the team’s defensive effort, fell on the ball for a touchdown at the 6:00 mark.

Micah Walker added the game’s final score on an end around early in the fourth quarter.

Saint Mark’s finished the year 8-4 with their first postseason win since 2014.