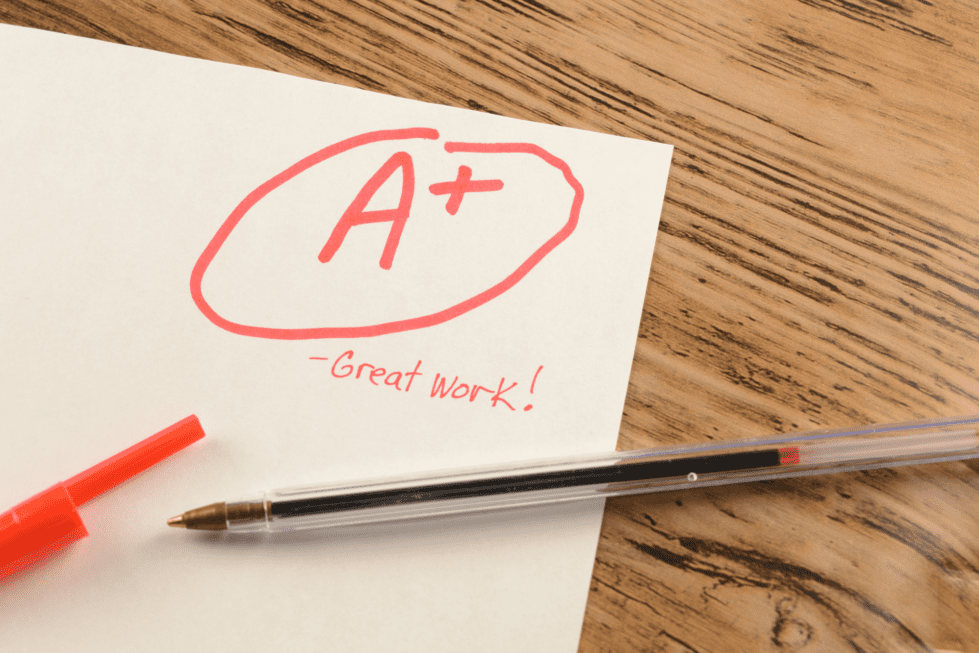 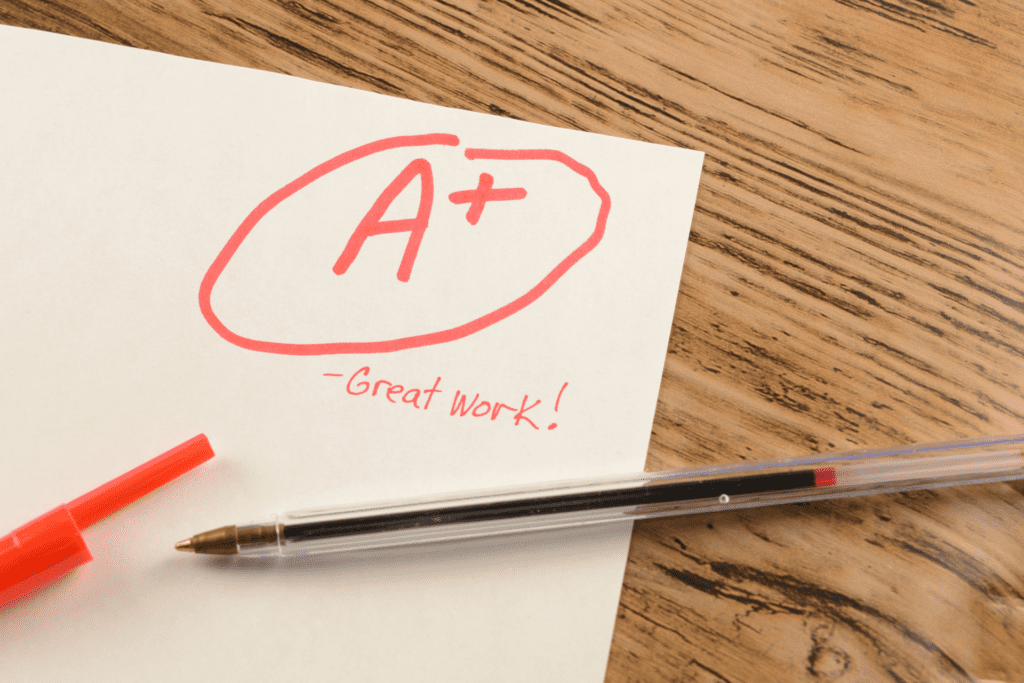 APPOQUINIMINK SCHOOL DISTRICT HAS NO PLANS TO DROP ITS GRADING SYSTEM FOR JUNIOR AND SENIOR HIGH. (Getty Images)

A flyer for an Appoquinimink School District professional development workshop left some people thinking that the district was ditching a grade-scale system for next year.

The term “ungrading” made people think that the district is doing away with grades from the system, said Miles.

The workshop, which has no attendance requirement, is intended to shift educators’ mindsets and practices to better ways to support student learning with constructive and actionable feedback that promotes growth.

That flyer led with the following program description:

The workshop will follow one in May, during which staff assured the district’s school board and community that Appoquinimink would continue to do grading.

In the May event, faculty discussed incorporating a portfolio-based system in unison with their present grading system.

Rather than grading students based solely on summative and formative assessment, a portfolio would show of work from a student over months and years to demonstrate their growth over time.

“We see potential in the use of portfolios as part of a broader effort to utilize multiple techniques like rubrics, observation, performance, portfolios, tests and more to help evaluate growth,” said Miles.

Portfolios are already used often by special education teachers, but if implemented, a district-wide policy would unfold over several years, said Miles.

At the May workshop, one topic was removing letter grades for students in grades three through five.

Instead, those classes would use the same four-point grade scale to measure a student’s progress in meeting the district’s common core standards that kindergarten to second grades now use.

This change will be made beginning next school year. 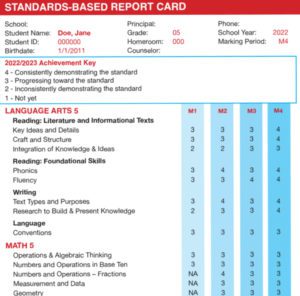 This sample report card demonstrates how Appoquinimink will use the same grading system for third to fifth graders that it now uses in kindergarten through second grade.

While that workshop discussed changes that would affect every student in the district, few tuned in.

The workshop was almost two hours long, “and we realize it was too long for most families to watch,” said Miles.

Thus Superintendent Matthew Burrows has requested that the district’s grading leads create an executive summary to share with staff and families to clarify their grading system.

“It’s important to make sure everyone is on the same page and has the right information, and I hope this will clear up any misconceptions out there,” said Miles.

According to Miles, Burrows does not plan to revisit the grading topic in Appoquinimink’s board meetings this summer.

The district hopes to distribute a one-page flyer summarizing the workshop later this month.

“The focus of this professional learning opportunity is on how to provide meaningful feedback to students,” said Miles, “and how to develop student portfolios that exemplify their current ability to apply relevant knowledge and skills with reflections about the selected pieces.”