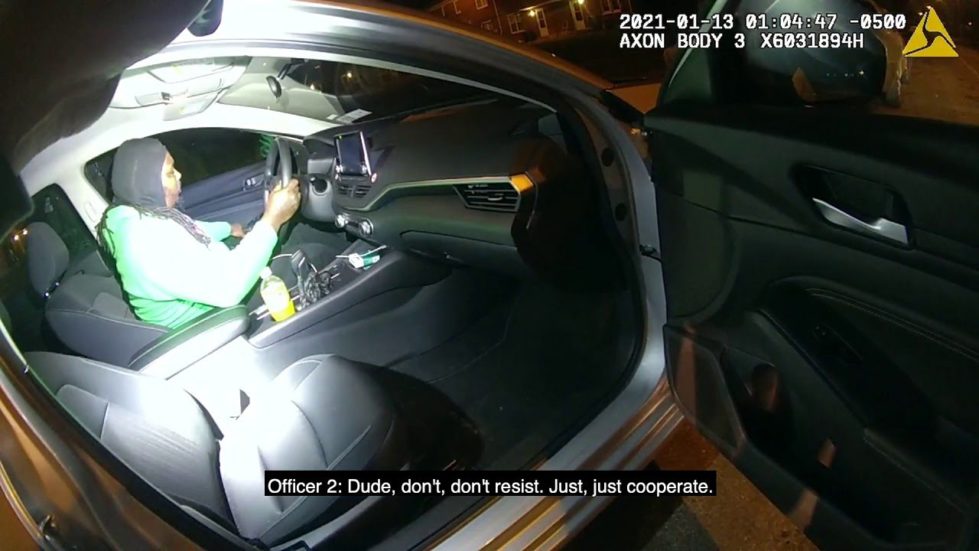 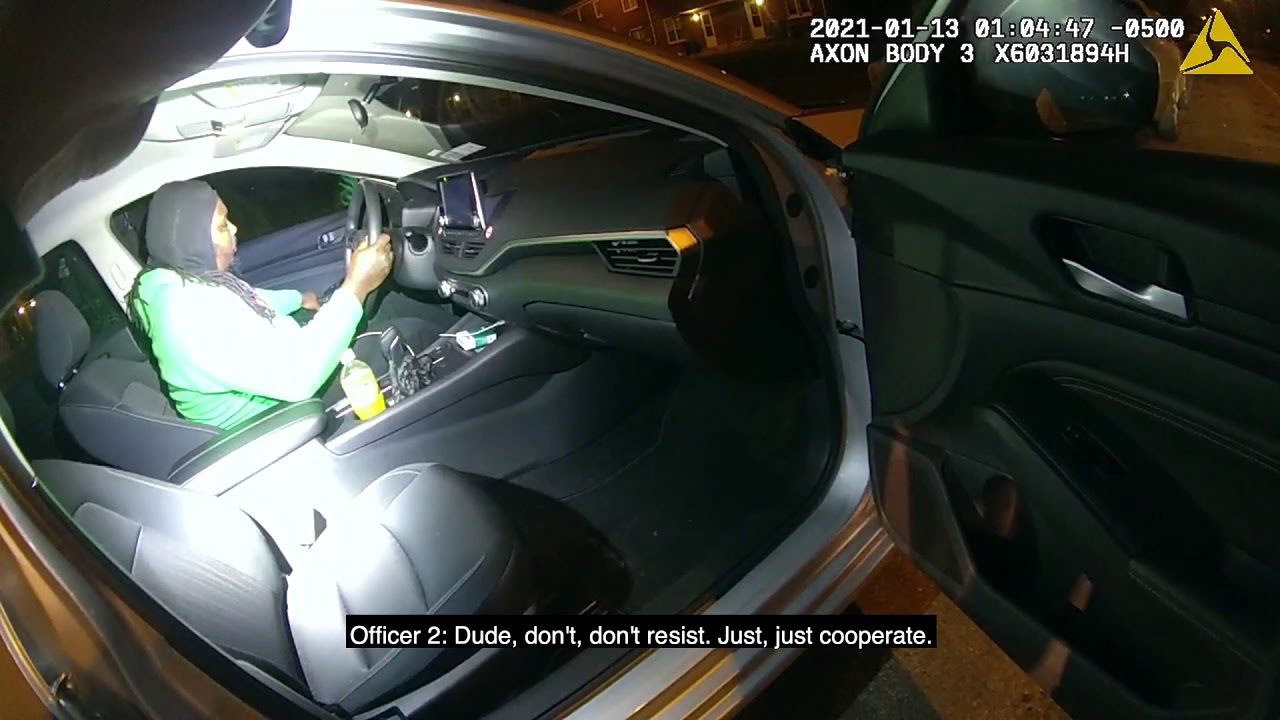 The New Castle County Police Officers who killed Lymond Moses in January 2021 will not face criminal charges after Attorney General Kathy Jennings announced she had found their use of deadly force to be justifiable.

On Jan. 13, 2021, three officers from the New Castle County Police Department approached Moses in the area of Rosemont Avenue and East 24th Street in Wilmington. Following a brief interaction, Moses fled and, after being cornered on a fenced-off street, turned around and accelerated forward in an apparent attempt to flee, Jennings said.

The events that happened next unfolded in a matter of just four seconds.

“Those four seconds have, for nearly a year, been the focal point of intense public discussion and of an in-depth investigation by the Delaware Department of Justice (DOJ) and, subsequently, by an international law firm retained to review whether the evidence would support criminal charges,” Jennings wrote in her report. “This has been one of the most extraordinary and exhaustive use of force investigations that the DOJ has ever conducted.”

Content warning: The video below shows the encounter between Lymond Moses and the New Castle County Police Department. The video culminates with Moses’ shooting.

“Morgan Lewis has determined that there is no reasonable likelihood of convicting any of the three officers of a criminal offense in connection with the shooting death of Mr. Moses,” the firm’s report said.

“The State would have to overcome a legal justification defense in this case because there is credible evidence that the two officers who fired their weapons … reasonably believed that doing so was necessary to protect either themselves or others against death or serious physical injury.”

The firm said that under Delaware’s legal standard for the use of deadly force by a law enforcement officer, each officer’s subjective belief that using deadly force was necessary to protect themselves or others triggers a legal justification defense.

That defense, they wrote, is enough to assure that there is no reasonable likelihood of achieving a conviction if any of these officers were charged with a criminal offense.

While the officers’ actions did not rise to the level of criminality, the firm indicated that the circumstances around the shooting “are concerning and demand consideration of how these officers were trained and, notwithstanding any potential violations of criminal law, if there were deficiencies in the New Castle County Police Department’s policies and training that should be corrected in light of the shooting of Mr. Moses to prevent similar incidents from happening in the future.”

Moses’ death raises broader questions regarding police use of force tactics in Delaware — specifically what force can and should be used against moving vehicles, they argued, noting that Delaware is not the only state to grapple with these issues.

“One of the key questions in the national discussion over officer use of force is whether discharging a firearm at a moving vehicle is an appropriate and effective tactic. The emerging consensus is that the answer is no; firing at a moving vehicle is not only ineffective, but also often places the public, the target of the use of force, and, in fact, the officers themselves in greater danger.”

Within their report, the firm urged the Delaware Department of Justice to encourage Delaware’s police departments and law enforcement agencies to both revisit their policies regarding what force can be used against moving vehicles.

Jennings emphasized that her duty as Attorney General is not to do what is expedient or popular with one side or another — or to avoid difficult conclusions.

“There will be those who believe we should press charges irrespective of our findings; but that asks us to violate our ethical, statutory, and constitutional obligations to prosecute only when there is a reasonable likelihood of conviction at trial,” Jennings wrote. “The law in place at the time is what controls our decision. Telling the truth — the whole truth — is always right, but rarely popular.”

She concluded that the next step is finding the path forward to trust, accountability, and transparency.

“If there is anything that everyone can agree upon, it is that the status quo is unsustainable,” Jennings said. “Progress is not only achievable, but necessary. And that progress will be hard to win; indeed, today it may seem out of reach to some. But I believe it is possible. And I remain committed to moving us closer to a future where the answers to these questions are more clear, these investigations are less regular, and these tragedies are prevented altogether.”

“We support the Attorney General’s call to standardize police use of force policies across the state,” Meyer said. “New Castle County police policies are updated continually to ensure that they reflect national standards, and County officers receive rigorous training in the classroom and the field. Tragic incidents like this require appropriate reflection on the policing of our communities, and the County remains committed to putting in the hard work to continue to build community trust.”

Emeka Igwe, Moses’ family attorney, said in a statement that her clients are “incredibly disappointed” with the report’s findings.

“Unfortunately, we are not surprised by the report given the lack of accountability for officers here in Delaware,” Igwe said. “Delaware in its history has not prosecuted an officer for the killing of a civilian. Unfortunately, this report continues that same tradition of not holding police officers accountable for their actions.”

She said that while she will continue in her “quest for justice for the Moses family” both through the U.S. Attorney’s Office and in the civil court system, “it is imperative that officers in Delaware and around the country who don’t follow proper procedures and protocols be disciplined internally and prosecuted criminally to ensure that another family does not suffer such an avoidable tragedy.”

“Our thoughts today are with the family of Lymond Moses, as well as the families of Jeremy McDole, Lateef Dickerson and other Delawareans who were the victims of violent encounters with those who swore an oath to protect their lives,” the legislators said in a joint press release.

They argued that official investigations into police-involved shootings all too often point to systemic breakdowns in the criminal justice system.

“In light of this latest report on the Moses incident, it is clear we also need to look more carefully at how we can make sure all of Delaware’s law enforcement agencies are using best practices to train their officers,” the senators said. “No one can be satisfied with how this incident has played out. But yesterday’s report sends a clear message that, together, we must redouble our efforts to make Delaware’s justice system works for all Delawareans.”

Click here to read the DOJ’s report in its entirety.

Snow makes a quick return, forecast to hit Thursday night
Hagley damage may hit $2 million, and it has no flood insurance
Booster shots OK’d for all vaccine brands, and they can be mixed
Wilmington Art Loop returns in December, after 20-month hiatus