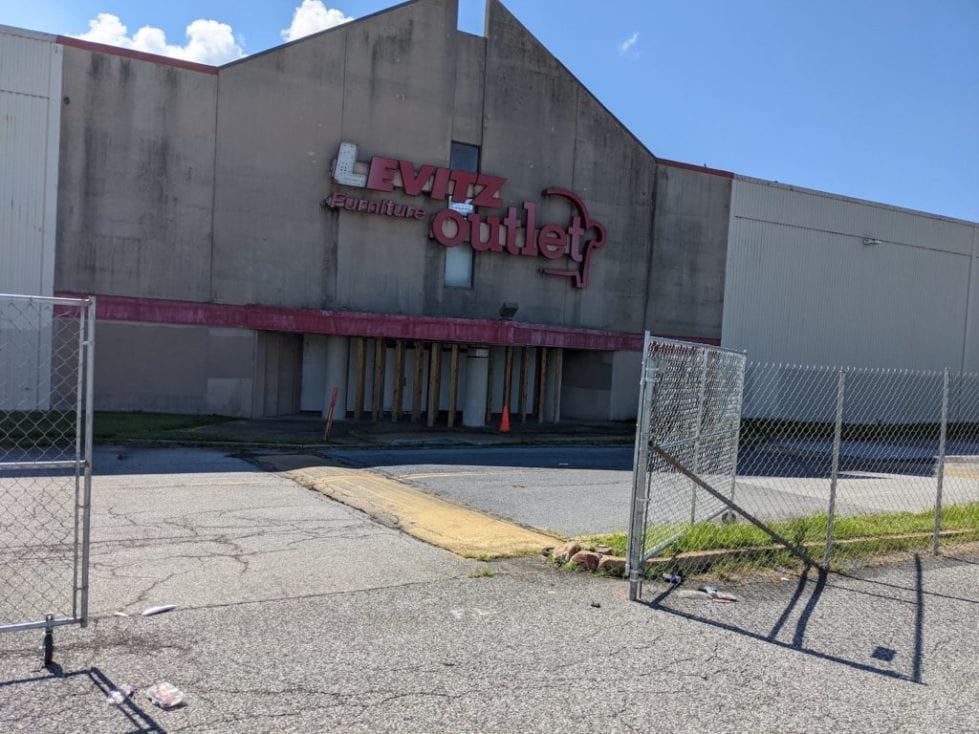 Tri-State Mall has been sold, providing hope of a nicer future for the forlorn Claymont site.

Katz Properties Retail of New York purchased the site on June 8, Sean Matthews, who represents the area in the state House, revealed on Facebook.

“First and foremost, Katz will demolish the former Levitz building, which has been an eyesore for the community and a safety concern for more than ten years,” he wrote on Facebook, noting the demolition will follow an on-site reception at 11:30 a.m. July 14.

“What will follow will be a transformation into new and productive uses that will help to revitalize Claymont and bring much-needed jobs to the area,” he continued.

Katz’s site had nothing about the mall. It lists its only Delaware property as Rite Aid Plaza in Dover.

Enthusiasm reigned on Matthews’ Facebook page and a private group called Take Back Claymont, with many hoping for upscale shopping, plus posts suggesting Amazon or another warehouse. Many noted how close the site is to the interstate and to Pennsylvanians looking for tax-free shopping.

The site covers 41 acres and of late included an empty mall, a parking lot used as a storage area and a strip shopping center with about 20 active businesses.

It also has a bus stop served by DART and SEPTA, making it an important transfer point for low-cost travel between greater Wilmington and greater Philadelphia.

“Awesome Sean,” Lynn Hopper Peters wrote. “I hope we can get some great stores and restaurants.”

“An upscale department store … and an upscale specialty store or two would be just what the area needs,” Art Chiarini wrote. “No one said that King of Prussia and Christina Malls should have all the fun.”

“The future use of the site will be up to the owners, zoning rules and market conditions,” Matthews wrote in response to the speculation.

Whatever happens will also consider the development of First State Crossing, the mixed-used project covering the old steel mill site, which extends to Naamans Road right across from the mall.

The mall closed in 2015, and redevelopment has been discussed before that. People can reminisce in Dan Bell’s popular video about Tri-State, part of his dead mall series.