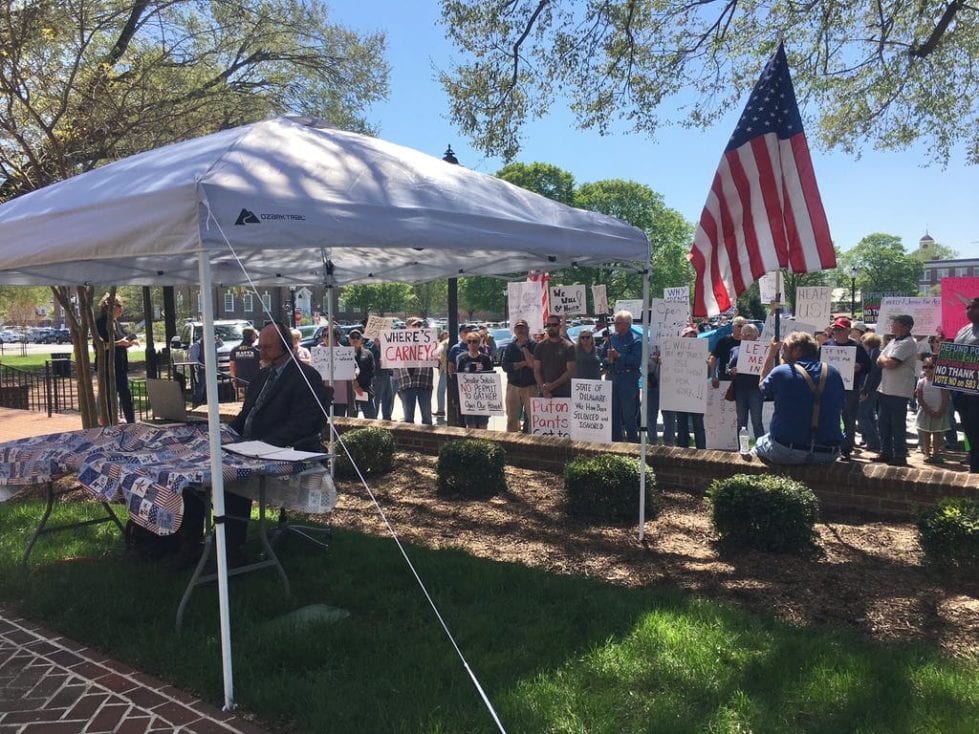 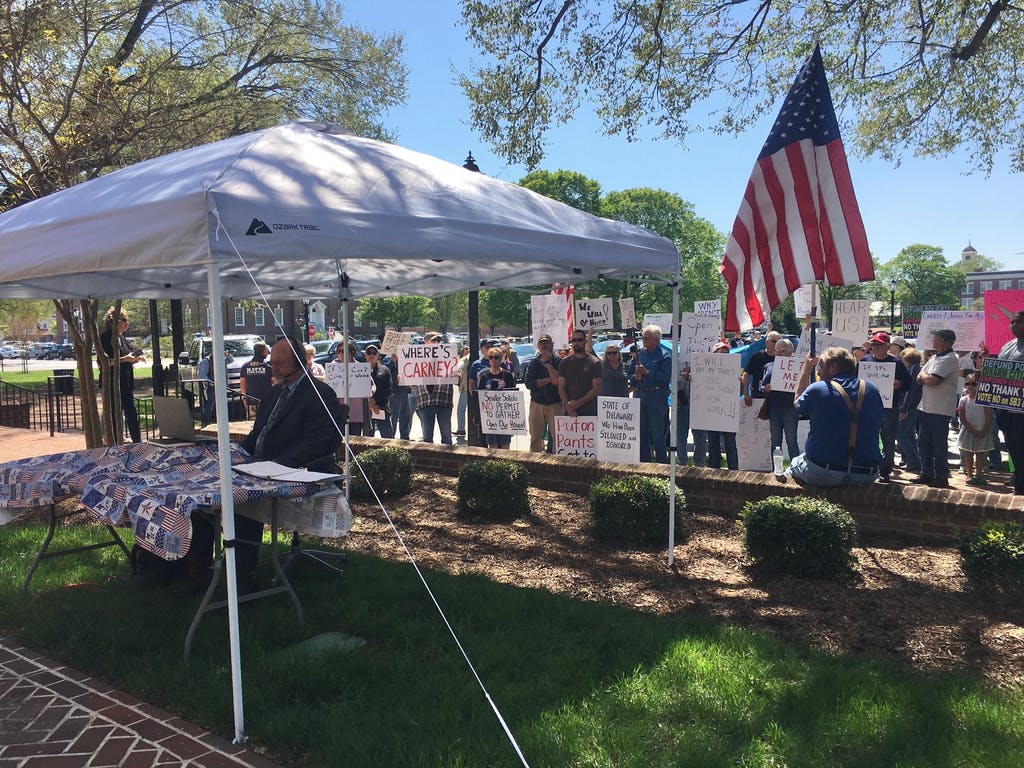 But the piece de resistance of the event was protestors standing in the background with signs saying things like “Let us in,” “Put on Pants Get to work” and “We work every day,” while Sen. Dave Lawson, R-Marydel, participated in a virtual Senate meeting.

Lawson travels to Leg Hall for the virtual meetings, but he usually sits on the Senate floor.

On Tuesday, he set up outside on the lawn, under the tent. After the Patriots of Delaware rally where Abraxas Hudson of Lewes and Patriots co-founder Glenn Watson spoke, the crowd lined up in the sun behind Lawson.

“I thought the rally was well done,” Lawson said later.

The conservative Patriots of Delaware group was founded in 2020.

Hudson said he knows the Delaware House of Representatives plans to go back into Legislative Hall April 29. There will be some face-to-face meetings, but the session will be virtual.

“They’re going back and they’re still going to be zooming from their offices,” Hudson said. “We still feel like we’re being left out. That’s really the point of what we did.

“It’s just saying, hey, do you go out to restaurants, do you shop locally, are you just hiding in your basement and ordering from Amazon? Literally go to work. We’ve been working for a year.”

Legislative leaders say they will open up when it’s clear that gatherings are not a danger to participants. They are opening for the House because members and staff will have been vaccinated by then.

But Delaware officials also said today that a spring surge is shooting new case numbers and hospitalizations back up, making Delaware No. 5 on a list of states with the biggest jump in cases in the last week.

Hudson has been in the news before because of his stance on the COVID-19 shutdown. Last spring, he refused to close his Abraxas Studio School of Art in Lewes.

When police told him he would have to close, he explained he could not afford to shut down. When they continued to pressure him because of complaints, he fired off hundreds of letters and got lots of media attention.

Soon after, Gov. John Carney allowed small businesses to be open by appointment.

Even so, Hudson said the business struggled for months.

He is a member of Patriot’s visual arts and media committee. He suggested to Lawson that he work outside so the protestors could line up behind him, and Lawson agreed.

“So we set Lawson up at a table and chair under a tent, facing Leg Hall,” Hudson said. “Behind him, a lot of people stood there in the silence during the duration of his zoom call.” 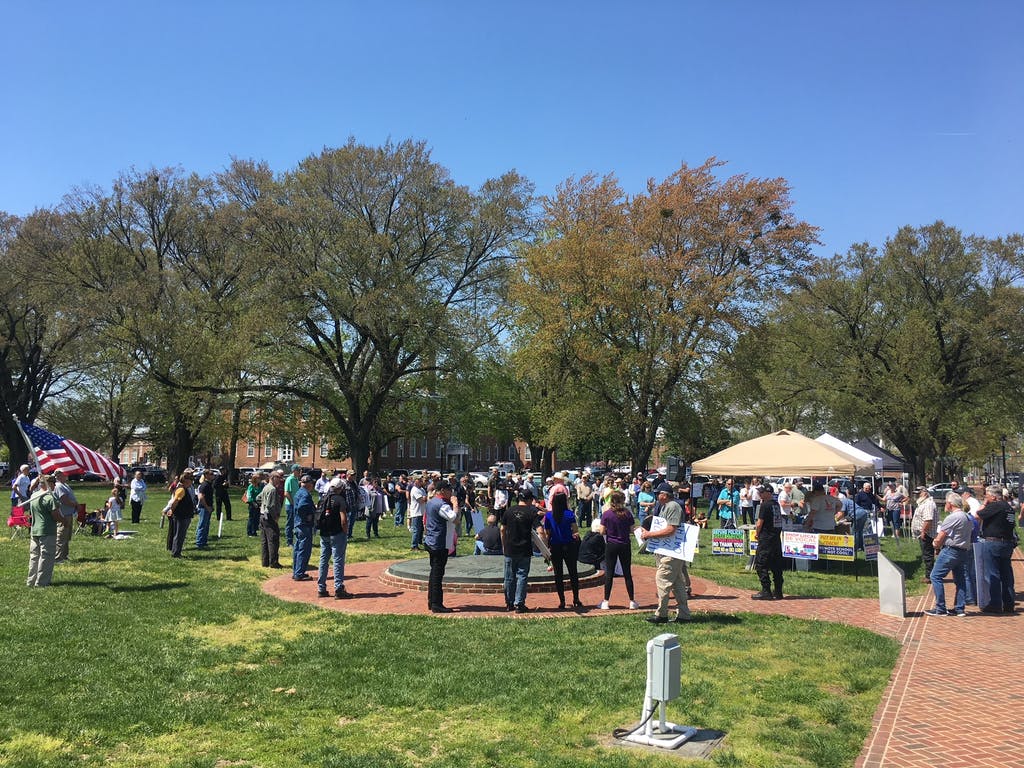 The crowd at Tuesday’s rally to open up Legislative Hall to the public.

Review recommends shrinking powerful state Health Resources Board, making it advisory only
Got $100 in coins? 4 Dunkin’ locations will give you $105 for them
Summer’s filling up with entertainment outdoors
Prominent Democrat among those vaccinated Friday in Wilmington