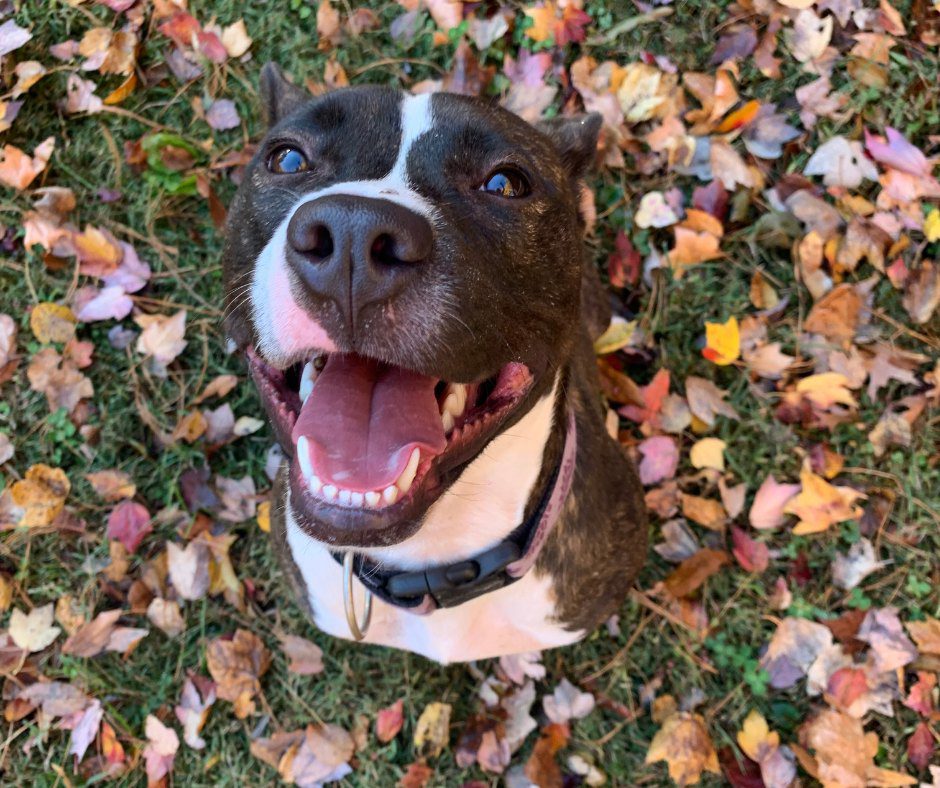 Alexis is one of Delaware SPCA’s longest-resident dogs. Now, the group is desperately trying to find her a forever home in time for the holidays.

During pandemic-era shutdowns, many Delawareans sought to assuage their cabin fever-induced loneliness with a furry friend.

Pet adoptions reached an all-time high across many of the state’s animal welfare agencies, yet a dark cloud loomed over the inarguably good times for pet adoptions.

Many experts predicted that when life returned to normal, folks who altruistically adopted pets would have an “oh darn moment,” realizing that the demands of reacclimating into a human-centric society would mean that their four-legged companions may not get the attention to which they were once privy.

But according to two of the state’s most prominent pounds, that prediction has failed to manifest.

“We haven’t seen any increase in returns,” said Linda Torelli, chief marketing officer at Brandywine Valley SPCA. “One thing we have been doing throughout adoptions — and it’s really something we do all the time, but we’ve emphasized it a little bit more for folks who are working from home and planning to go back — is really preparing for that transition time.”

Torelli said the staff at Brandywine Valley SPCA have been talking with adopters about issues like separation anxiety, specifically for dogs who may have grown accustomed to constant companionship.

“They’re not going to be used to that routine when you go back into the office,” she said. “So we spend time talking with people about crate training, getting them used to the routine before you’re going back to work, and also doing small things like getting the pet used to you leaving the house by jingling the keys or going out for a short period of time and making sure they’re okay.”

Torelli believes that pre-adoption emphasis on preparation has paid off, hence the low return numbers.

The staff at the Delaware SPCA were keenly aware of the predictions relating to adoption returns, but director of philanthropy Kate Callihan said that fortunately, the opposite has panned out.

“Obviously none of us have ever lived through a period like this before,” Callihan said. “So it’s something that we in animal welfare have been interested in — in kind of finding out whether those predictions of people returning their animals when they went back to work would be correct.”

In fact, Callihan said, adoption numbers remain “way up” even as adopters return to work.

The Delaware SPCA has adopted out more animals this year than in many previous years, she said, and the organization isn’t seeing any increase in animal surrenders.

Of the animal surrenders they have seen, most have not been adoption returns. Rather, most are from folks who inherited animals and couldn’t satisfy their needs or, in some cases, rescued animals.

“The pandemic really taught us what’s important in life,” Callihan said. “People bonded with their new animal companions during this stressful period and many think of them as children.”

She credits low-return rates, in part, to the organization’s emphasis on pet retention.

“People are struggling financially and we know that many people have been struggling for the past couple of years,” she said. “What we’re trying to do is help them out. We proudly provide free pet food and offer low-cost veterinarian services and affordable spay-neuter. Our goal really is to keep animals at home and out of our shelter.”

Delaware, Callihan noted, is a no-kill state, meaning every shelter within the state has a save rate of 90% or higher. Delaware was the first and only no-kill state and remained that way until recently when New Hampshire joined the ranks.

Faithful Friends Animal Society in Wilmington has had more cat adoptions this year than last.

“From the cats adopted last year we only received 2 that were returned – though the reasons weren’t because they have returned to work in person,” said Kayla Mullen, marketing and public relations manager at Faithful Friends. “We have had a decrease in dog adoptions but have not had any Faithful Friends dogs returned to us!”

Mullen said that they have, however, seen an increase in surrenders from dogs that were adopted from other shelters. Those shelters may not be taking the dogs back, she said, so they turn to Faithful Friends for help.

She noted that because not everyone’s holiday routines are back to normal and many aren’t doing large gatherings or parties, the organization is promoting both holiday fosters, including Thanksgiving sleepovers and holiday adoptions.

Forgotten Cats in Wilmington has more than 600 cats under its care between its clinic and foster program — something volunteer Katie Soukup called “pretty overwhelming.”

That organization was founded in 2003 and in the time since has sterilized more than 150,000 cats and placed nearly 17,000 into forever homes.

While adoption rates remain high and return rates low, Brandywine Valley SPCA and Delaware SPCA are both engaged in drives to encourage those trends.

Brandywine Valley SPCA is bringing back its semiannual “Mega Adoption Event” in which adoption fees are reduced to just $35 for puppies, dogs, kittens and cats.

This season’s event will be held on Dec. 4 and 5 from 11 a.m. until 5 p.m. at the organization’s West Chester, Plymouth Meeting, New Castle, Dover and Georgetown locations.

Before putting the events on hold during the pandemic, the group hosted seven Mega Adoption events during which they rehomed more than 7,000 animals.

“We’re planning to have hundreds of animals available at our campuses,” Torelli said. “We’re including our local animals and then we have some other shelters who are going to be bringing pets to participate as well.”

The Delaware SPCA — which is in the process of merging with the Delaware Humane Association — is holding a donation-match campaign through the end of the year.

Any donation made on the organization’s webpage through Dec. 31 will be matched by generous donors, up to $20,000.

“They will match dollar-for-dollar up to that amount,” Callihan said. “We hope to bring in much more than that this holiday season, but they will be matching up to up to $20,000.”

Donations can be made by visiting delspca.org/donate.