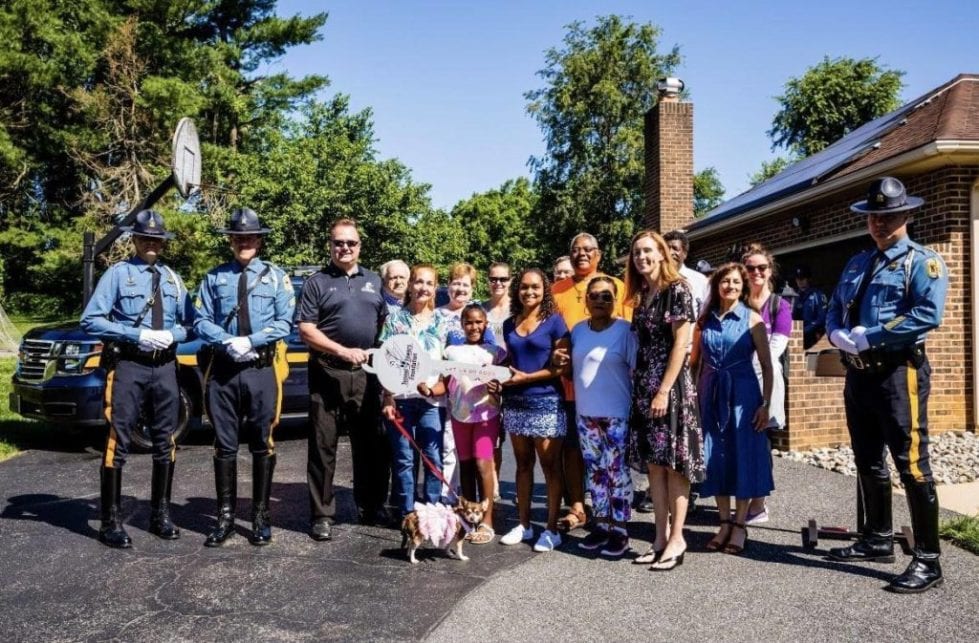 Photo from Tunnel to Towers Delmarva

Inside the car was Burgon Sealy Jr., armed with the gun he fired into Ballard’s torso, even after Ballard fell to the ground.

Ballard died, leaving behind his daughter, Abigail, and his wife of 18 months, Louise.

As a mark of respect, the Tunnel to Towers Foundation has paid off their home mortgage.

Dedicated to providing aid and support to families of fallen firefighters and law enforcement officers, Tunnel to Towers honors the memory of New York City firefighter Stephen Siller, who died on Sept. 11, 2001, when the twin towers were attacked.

Siller, who was assigned to Brooklyn’s Squad 1, had just finished his shift and was on his way to play golf with his brothers when he got word over his scanner of a plane hitting the north tower of the World Trade Center. Siller called his wife, Sally, and asked her to tell his brothers he would catch up with them and returned to Squad 1 to get his gear.

Siller’s truck was stopped at the entrance of the Brooklyn Battery Tunnel, which was already closed. Determined to help, he strapped on 60 pounds of gear to his back and raced on foot through the tunnel to towers.

That support to Ballard’s family came in the form of a bank document presented to his widow last week confirming the mortgage on her home had been satisfied.

When she learned about the foundation’s act of generosity, Louise Ballard was moved to tears.

“It is such a tremendous blessing that cannot be put into words. Thank you is not enough,” she said. “This was the first and only place we called home, since we were only married 18 months before Stephen was killed.”

Tunnel to Towers chairman and CEO Frank Siller, said that the foundation’s goal was to ensure that families of fallen heroes always have a “place to call home.”

Ballard’s family was one of 19 who had their mortgages satisfied this Independence Day.

“We are beyond honored to kick off our inaugural ‘Let Us Do Good’ Ball during the 20th anniversary of Sept. 11, 2001,” said Brian Brubaker, volunteer event director at Tunnel to Towers Delmarva. “We are also extremely grateful at the opportunity of honoring the life and legacy of fallen Delaware State Trooper, Corporal Stephen Ballard, who, like Stephen Siller, bravely and unselfishly dedicated his life to public service and safety.

For more about the Tunnel to Towers Foundation, visit T2T.org.