Part of the group on Thursday wanted the project banned; the others wanted it moved further from shore.
Read more

The business has moved into a new building bought in December 2019 and expected to open four months later. The pandemic didn't allow that.
Read more

Earlier this summer, local cyclists Ann Jornlin and Gail Seitz decided to join a peloton (those who watched the recent Tour de France know that’s a pack of cyclists) as they rode across the United States, covering more than 3,700 miles in fifty days. Like local cyclist Jim Seuffert did last year, Ann and Gail decided to use their journey to raise money for a great cause. Ann keeps a blog of their adventures, and Town Square Delaware is pleased to share an excerpt with you below, along with a little background from Ann!
————
It was approximately one year ago that our friend Clint Cuny suggested that we ride our bikes across the country. He followed the suggestion by saying, “Who’s in?” Immediately, I glanced to my good friend and cycling partner Gail and responded, “If Gail is in, I’m in.” Hence, the seed was planted! While in the planning stages, we learned about a wonderful charity called the Mike Clark Legacy Foundation. It supports children who attend the Wilmington Boys and Girls Clubs by providing mentoring, technology, nurturing, and support. For those who are unaware, Mike Clark was a renowned athlete who completed several Ironman triathlons. He was an inspiration to many local runners and cyclists. Additionally, he gave freely of his time at the Boys and Girls Clubs. Unfortunately, his life was cut short when he was in the prime of his life. It is an honor to ride for this amazing charity.
If you are interested in supporting our ride with a donation, please go to: www.bikeformikeskids.com
Ann’s report from Day 16, leaving Jackson, WY earlier this month:
A one-word summary of our morning ride is spectacular! We left Jackson via a 14-mile bike path that offered amazing sights of the Teton Mountain Range. We had crystal blue skies, the terrain was flat, and the temperatures were cool. Approximately 9 miles into the ride, I was able to snap a photo of Grand Teton, which at 13,775 feet is the highest point in the Teton Range. 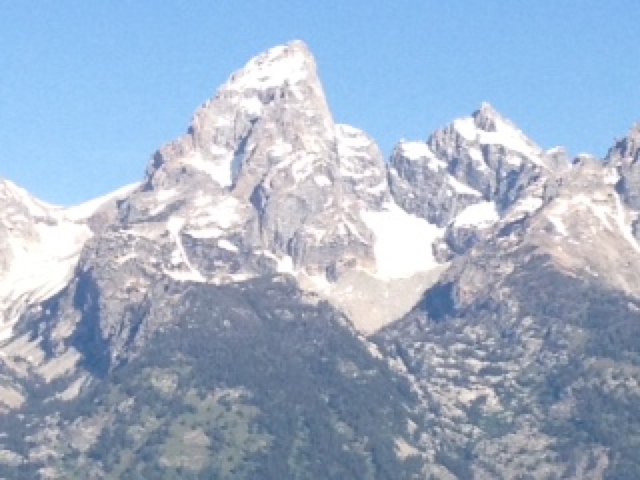 For the next 30 miles we rode in a group of 4 (Gail, Drew, Dan – husband of a staff member, and me). We stopped at several overlooks just to take in this gorgeous portion of our country. We even saw a herd of buffalo who appeared to be lounging in the morning sun. 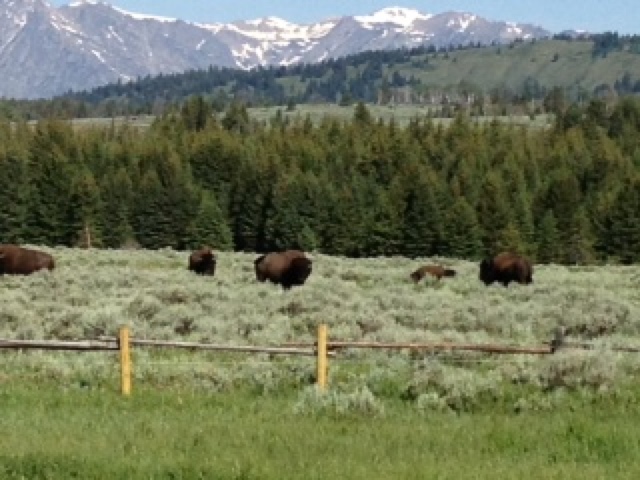 At mile 40, the “fun” began. For the next 15 miles, we climbed and climbed. Let me repeat that – 15 miles!!! Thankfully, the grades were not as steep as yesterday’s climb. It must have been the hearty breakfast that I had or that I was still psyched from the morning ride, but I felt great. I actually passed several others and was third to arrive at the summit. It was a great feeling of exhilaration! Additionally, we passed another milestone as we had reached the Continental Divide. 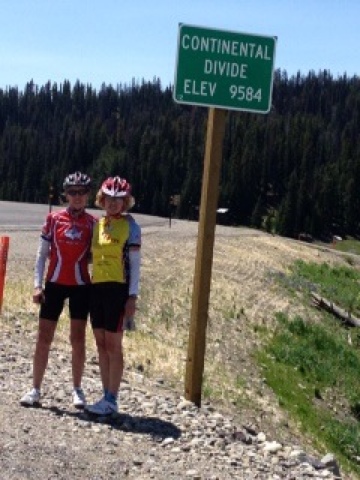 After an 11-mile descent, we tried to eat lunch, but the restaurant was closed, foreshadowing how the rest of the afternoon would treat us. As we reached the bottom, we were hit with a stiff, dry headwind that remained with us for the next 25 miles. The beautiful scenery had disappeared and was replaced with a desert-like terrain. The one highlight was the red rock sandstone formations as we approached the town of Dubois. 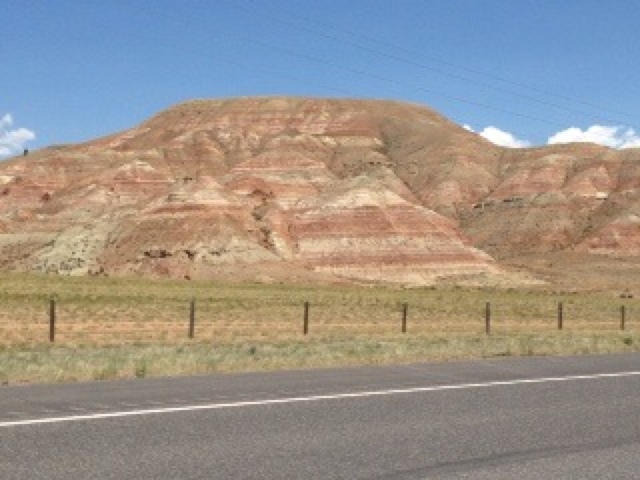 After a quick veggie burger, we checked into our hotel to discover that they don’t have air conditioning. Uh-oh, it may be a hot night!
Visit Ann’s blog for more!

- Thank you to our sponsor -

Part of the group on Thursday wanted the project banned; the others wanted it moved further from shore.
Read more
Business

The business has moved into a new building bought in December 2019 and expected to open four months later. The pandemic didn't allow that.
Read more
Sports

Delaware Technical Community College softball season's  14-2  recording includes Head Coach Guy Wilkins his 100th career victory, which came on April 10. “When you have...
Read more
- Thank you to our sponsor -

- Thank you to our sponsor -

Beyonce, Nina Simone, Madonna, Lady Gaga and Dolly Parton are among the musicians added to the famous shows.
Read more

Early clients of Green Street USA include a zoo, a school, a law firm, a construction firm and several retailers.
Read more

‘The Cornish Mystery’ debuts April 23. Now you can enjoy free streams of another Christie story (‘The King of Clubs’) and ‘Arsenic and Old Lace.’
Read more