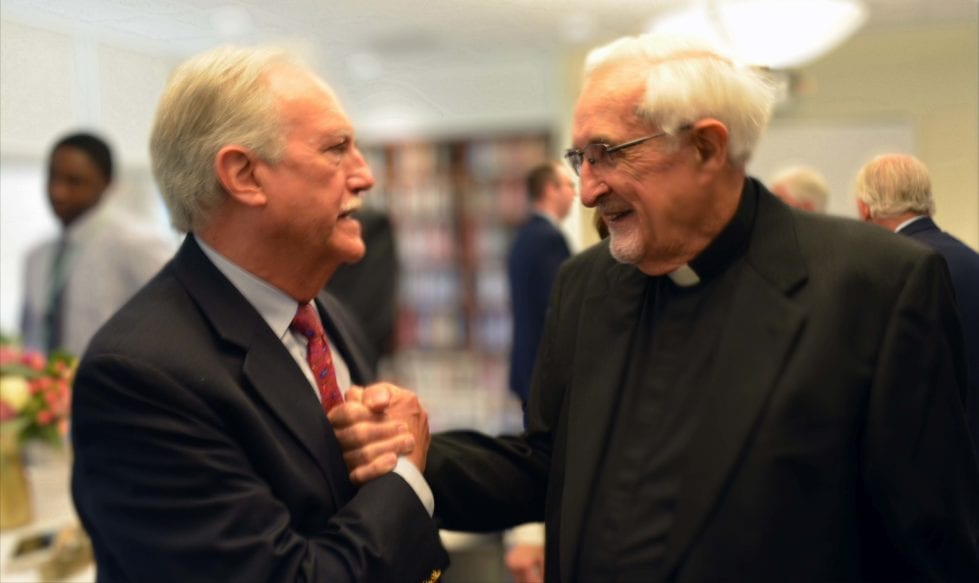 Amazon founder Jeff Bezos’ parents are donating $12 million to Salesianum School, most of which will be used to fund  24 scholarships for underserved students, including money for things like notebooks, school trips and prom tickets.

Miguel “Mike” Bezos and his wife, Jacklyn, are making the extraordinary move because Miguel was schooled at Salesianum as a Pedro Pan, one of thousands of Cuban children sent to America in the early 1960s when their parents feared Fidel Castro would force children into communist indoctrination camps.

In Wilmington, Miguel Bezos was one of 21 students at Salesianum’s Case De Sales. Four boys shared a room and responsibility for chores while they attended school, overseen by the Rev. James P Bryne. Bryne died last year. The scholarships will be named for him.

“The impact that Father Bryne had on me, as well as the rest of us at Casa, has lasted a lifetime,” said Bezos, a 1963 Sallies graduate, in a press release. “To be able to recognize his commitment as a priest, teacher, mentor and missionary, is a great joy for us.”

Bezos said in the press release that he would like the first choice for those receiving the scholarships to be students from Wilmington and to be children of immigrants.

The couple also are matching commitments of $100,000 or more to the endowment over the next three years – up to $2,000,000 – in a move they hope will inspire others to provide access and opportunity to Salesianum by creating scholarships of their own.

“We  hope that those who knew Father Byrne and and those who identify with Salesianum’s mission will join us in creating opportunities for more students with a variety of backgrounds to attend Salesianum and further enrich the student experience,” Miguel Bezos said in the press release.

“Mike and Jackie understand the complex obstacles faced by underserved students and wanted to give these students the best path to success,” said Salesianum President Brendan Kennealey. “Because of them students from every neighborhood in Wilmington, and across the region, will have even greater access to a Salesianum education.”

The gift is the second largest in Salesianum’s history, and the third eight-figure gift in the last eight years.
The Bezos donation is one of the largest ever given to a Catholic high school, Salesianum said in an email.
Wilmington Mayor Mike Purzycki hailed the gift.
“The establishment of this scholarship program creates extraordinary and ongoing opportunities for young men to attend Salesianum who might not otherwise have been able to do so due to financial constraints,” Purzycki said in an email. “I am very excited for students from Wilmington who will be eligible and I am most grateful to Jackie and Mike Bezos for their thoughtful and generous decision that will change many young lives forever.”

Carney hasn’t made any decisions after CDC’s mask flip-flop
After emotional debate, bill defining bail for Class A felonies heads to Carney
Delaware maps out plan to distribute vaccine equitably to the underserved
All around Delaware, ways to commemorate 9/11 attacks